Planes dump fuel into the sky more than you’d expect. Here’s why they do it.

The FAA knows of 47 events globally in which a US airline jettisoned fuel in the past three years. 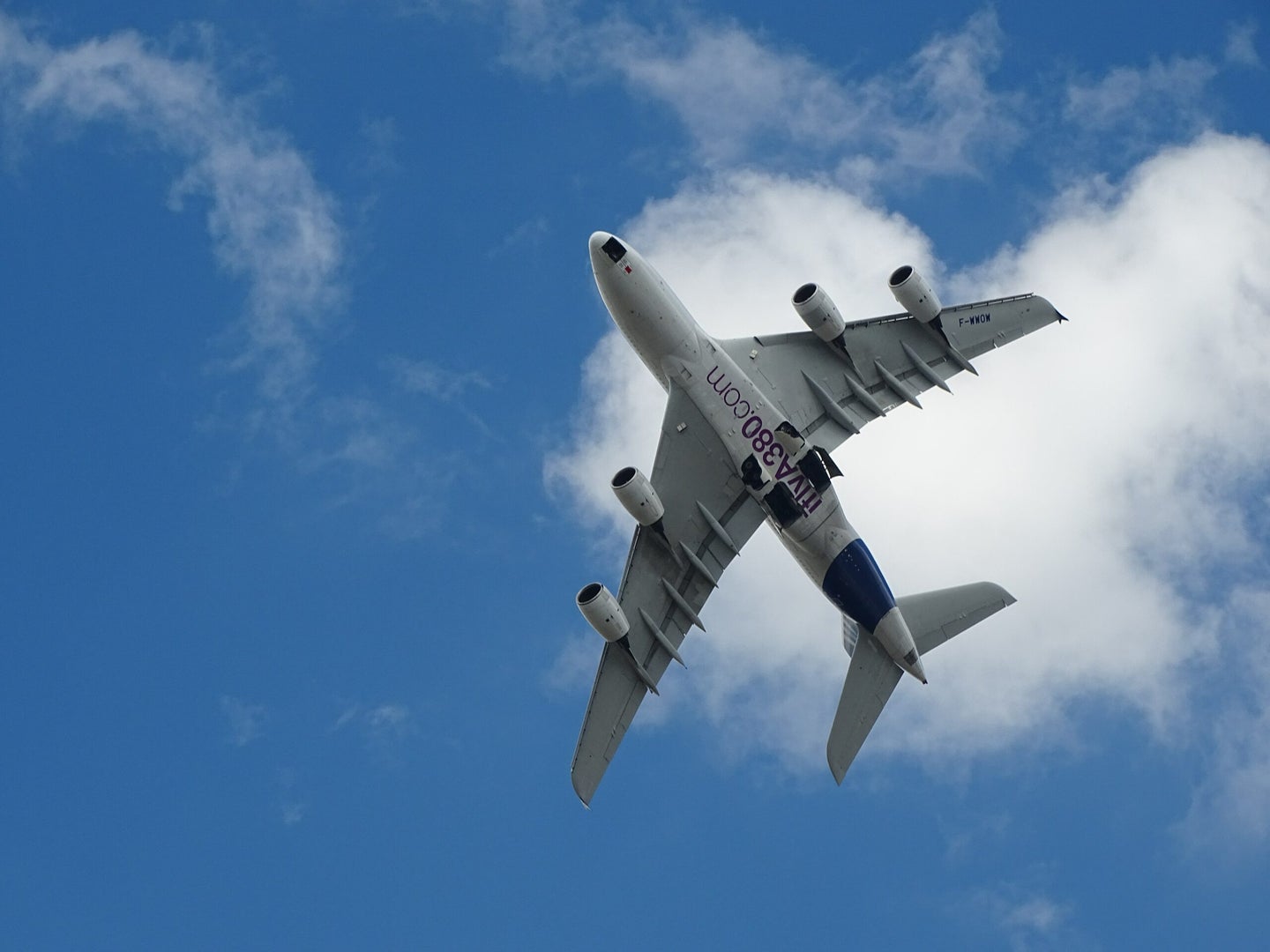 Planes get lighter as they fly. Photo by G-R Mottez on Unsplash
SHARE

Jet fuel is not supposed to rain down from the sky, but that’s what happened last week in Cudahy, California.

The incident occurred during the initial part of Delta Flight 89’s trip from LA to Shanghai on January 14. When the aircraft was about 70 miles away from LAX, the flight crew told air traffic control that it had a problem with one of the Boeing 777’s two engines and was coming back. The wide-body aircraft can stay aloft with just one in an emergency.

Before it landed back in Los Angeles, it dumped fuel at an altitude of some 2,300 feet, showering communities below with the substance. The Los Angeles Times reported that 60 people—including at least 20 children—received treatment after the incident. Congresswoman Maxine Waters, who represents the district where the mishap took place, said in a statement that her office had been in touch with six affected schools.

The case is unusual for several reasons: Commercial airliners generally dump fuel at higher altitudes if they need to, and over an area where there is little to no people. (The FAA, which is investigating the incident, says that over the past three years, they know of 47 times that an American airline has dumped fuel somewhere globally.) What’s more, air traffic control asked the pilots if they needed to dump fuel before they landed, and the pilots said that they didn’t. Listen to a recording of their conversation here.

What’s not unusual, however, is the fact that the Boeing 777 started with more fuel weight than it is supposed to technically land with in the first place. An airplane is heavier when it takes off than when it lands, and after takeoff, it can be hours before it has burned enough fuel to become light enough to get under its maximum landing weight. What’s more, an airplane can still land safely while overweight, meaning that in some contingencies, a pilot can choose to land heavy without dumping fuel first. The pilot will follow an overweight landing checklist while getting ready to do so, and the aircraft will be inspected afterwards.

Pilots flying commercial airliners think about fuel in a different way than you do when you’re gasing up your car. You measure the gas going into your vehicle in gallons. Pilots don’t. They think in terms of weight—in pounds or metric tonnes. The reason for that is because fuel contracts or expands depending on its temperature. That means that a gallon of fuel isn’t a reliable indicator of how much of the stuff you actually have—but its weight is.

And the fuel weight is no small number. For example, a 737 flying on a two-hour journey may consume about 15,000 pounds of fuel and need a reserve of 6,000 pounds, which means it needs to gas up with about 21,000 pounds in total, says John Cox, a retired pilot and now the CEO of Safety Operating Systems. Of course, other factors like winds, or weather, will influence how much fuel the plane needs or consumes.

A 737 is a smaller, single-aisle plane, but consider all the fuel that a wide-body like a 777 would need for a very long trip. One variant of the 777, called the 777-200LR, can hold more than 385,000 pounds of fuel if it needs to, says Bill Crossley, the head of Purdue University’s School of Aeronautics and Astronautics. If that model of aircraft were to set off on a very long trip—say, something like 10,800 miles—at takeoff, around half its weight would be from the fuel it’s carrying. The max landing weight exists mostly because of structural concerns, such as how strong the landing gear is and the forces on the wings as the plane touches down, Crossley explains.

Also, not all planes have the capability of dumping fuel. But big ones like the 747, 787, or A380 can release it from their wingtips. If those aircrafts unexpectedly have to change its course during a trip and maybe even return to the airport it just took off from, the pilots on board have a couple in-flight options.

For example, if there’s a mechanical issue, but “the airplane’s not in imminent danger,” Cox says, the pilots can ask air traffic control to go somewhere safe to dump fuel—say, over the water or an unpopulated area—before landing at their new destination. These scenarios “happen pretty quickly,” he adds, usually at altitudes of 8,000 or 10,000 feet. More dire emergencies require quicker actions, meaning that the pilots won’t bother to dump fuel even if they’re still heavy. “If there’s an onboard fire, I want back on the nearest runway I can get the airplane on, right now,” Cox says.

When landing heavy, a longer runway is preferable, as the plane will take longer to stop, and a heftier plane is also coming in at a faster speed in the first place.

The Delta mishap is in strange territory that raises questions—it’s easy to wonder why the pilots didn’t choose to take their time and dump fuel over the water or from a higher altitude, or tell air traffic control that they needed to do so, or just land heavy. (The FAA notes that pilots don’t technically need to get the administration’s permission to dump their fuel, but they should notify it when they are doing so if they can.)

“It’s rare to dump fuel at a low altitude like this, and also not advise air traffic that you’re going to dump it,” Cox says of the incident in Los Angeles. “These are questions the investigators are going to ask.” After all, kids shouldn’t be ducking for cover every time a plane passes over their schoolyard.

Editor’s note: We’ve changed the photo at the top of this article so that it accurately shows an airplane that’s capable of dumping fuel.