More funding for the development of personal mobility systems is in the works. 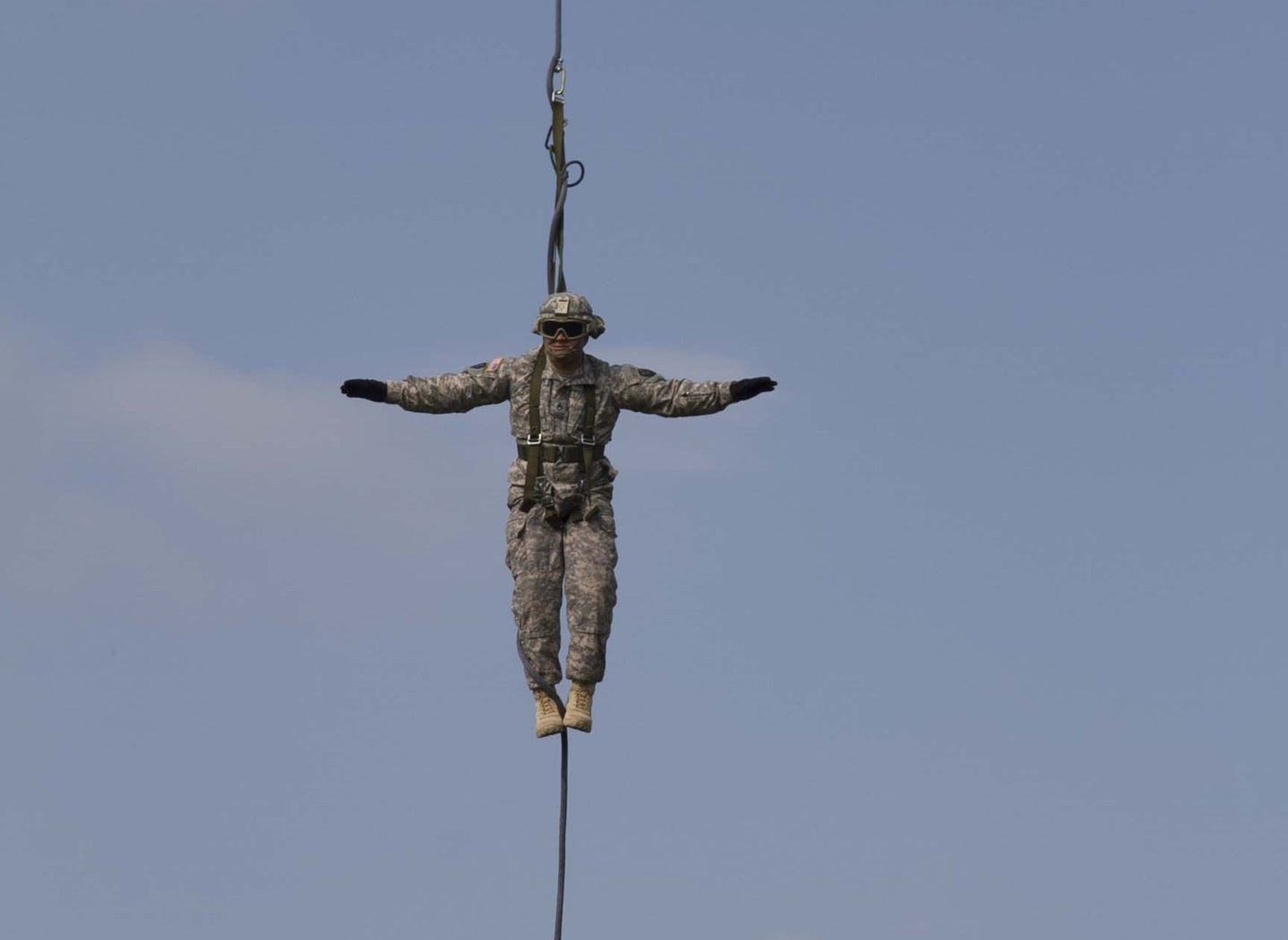 A soldier hanging from a helicopter in 2014 in Kosovo. DOD / Kevin Sandell
SHARE

The wars of the future may be decided by boots off the ground. DARPA, the Pentagon’s blue sky projects wing, is prepared to award funding for new kinds of personal mobility systems, PopSci sibling publication Task & Purpose has learned. The form may vary, but the net effect of new mobility is the same: DARPA is funding the development of jetpacks for soldiers.

The jetpacks, and other such mobility devices, are being pursued under the Portable Personal Air Mobility System (PPAMS). A DARPA spokesperson told Task & Purpose that DARPA has selected several companies for phase II funding, noting that “DARPA is currently working with the small companies to finalize contracting details and award contracts, so at this time we can’t discuss the specifics.”

This news follows previous developments. In March 2021, DARPA posted a notice stating its intent to develop and demonstrate “novel or unique approaches to personal battlefield mobility for operators in a man portable low-cost package.” While there are already many types of transport already available to soldiers, from Humvees on the ground to parachutes or V-22 Ospreys for arriving from the sky, what this sought was a unique way to move an individual person.

Going beyond existing mobility means finding a new way soldiers can move and fight beyond that. Extra mobility on a personal level is useful for everything from light resupply, fighting in cities, search and rescue, boarding ships at sea, and letting special operations forces sneak in and out of hostile territory.

“When deployed, the systems allow mobility for a range of at least 5 km [3.1 miles] for a single operator, likely at low to medium altitudes. Systems should be designed such that assembly and deployment can occur in less than 10 minutes using only simple tools or no tools at all,” reads the 2021 notice.

One other standout feature is that DARPA is exploring both reusable and disposable systems. These jetpacks are designed to carry a person over rough terrain, up a building, or somewhere else they could not normally get. Plus, they can be expendable if the situation demands it.

Because these are tools designed in part for covert missions, DARPA wants to make sure that they are both quiet and cool, in a literal sense: If a jetpack is hot enough to show up on infrared sensors, it likely means the person wearing it can be caught and shot. In addition, the kit needs to be simple to operate and quick to learn, with both design and computer-assistance allowing an average grunt to become a jump-jet enabled mobile infantry unit of one in no time.

Phase II of the program is about developing the technology enough to show that it is viable in ground or flight tests, with Phase III aimed at creating a demonstrator. Phase I, which already awarded contracts, asked companies to describe the system, anticipate how it will perform, outline a path for tech to go from concept to demonstrator, and showcase its use.

Triton Systems, a defense contractor, was one of the companies awarded a Phase I contract. In its contract award from 2021, Triton did not describe the type of portable mobility system pursued. Instead, the company noted that its system “will be quiet, highly reliable, capable of carrying a wide pilot and payload weight range, compact and light enough to easily be transported by a single soldier, require relatively little operator training, and can be made to autonomously self-deliver to stranded operators in remote areas.”

Autonomous delivery of a jetpack to people in the field is a major promise, as it turns a jetpack into not just a way in but a tool that could be delivered from some distance away, allowing stranded soldiers the means to escape safely. It is a promising offer, though there are inherent hurdles in the design. A trip to deliver itself to someone will drain fuel or electrical power, limiting travel time and distance, even more so when carrying a human.

There is a long history of the US military pursuing novel flying machines, with an eye towards more mobility and better scouting for individual soldiers. But the hard limits of turning an individual human into an efficient flying machine, at speeds and sizes useful enough for sneaking into key areas, have so far meant these concepts remain novelties and prototypes, instead of a regular feature of war.

In general, modern jetpacks have moved to at least the demonstration stage. Whether or not they can be useful in actual military missions remains to be seen.