This Jacket Keeps Warmth In, While Letting Sweat Out

The Army-approved Polartec Alpha does what down and synthetic materials can't. In 2010, the U.S. Army went to textile manufacturer Polartec with a problem: Troops needed a jacket that would breathe when they worked up a sweat but would also hold onto warmth when they sat still. Down and synthetic insulations don’t allow this to happen. They require quilting and tightly knit, less-breathable fabrics to hold them in place and keep them dry. Polartec worked for more than a year to develop an insulation without those constraints. Last year, it gave the Army Polartec Alpha. 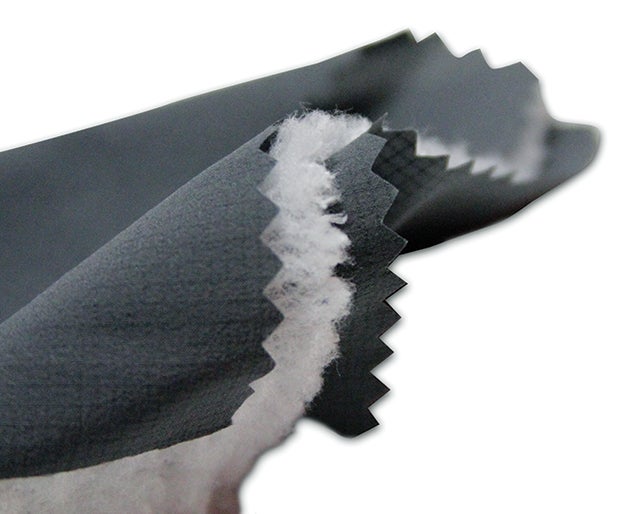 A panel of Alpha insulation looks like high-pile fleece. Strands of polyester loop around a central stitch. That meshwork serves two functions: helping hold the filament in place, and preserving the natural frizz that creates heat-trapping air pockets.

An Alpha-based jacket consists of a sheet of insulation sandwiched between loosely knit, breathable fabrics. When it’s hot, sweat evaporates; when it’s cold, Alpha traps warmth in its thousands of tiny air pockets. This fall, a dozen companies, including Marmot and The North Face, will release Alpha-based jackets. And Polartec will make Alpha in multiple thicknesses, so the jackets will only get warmer from here.