An international team of researchers claims to have figured out a way to use ultrafast bursts of heat, rather than... 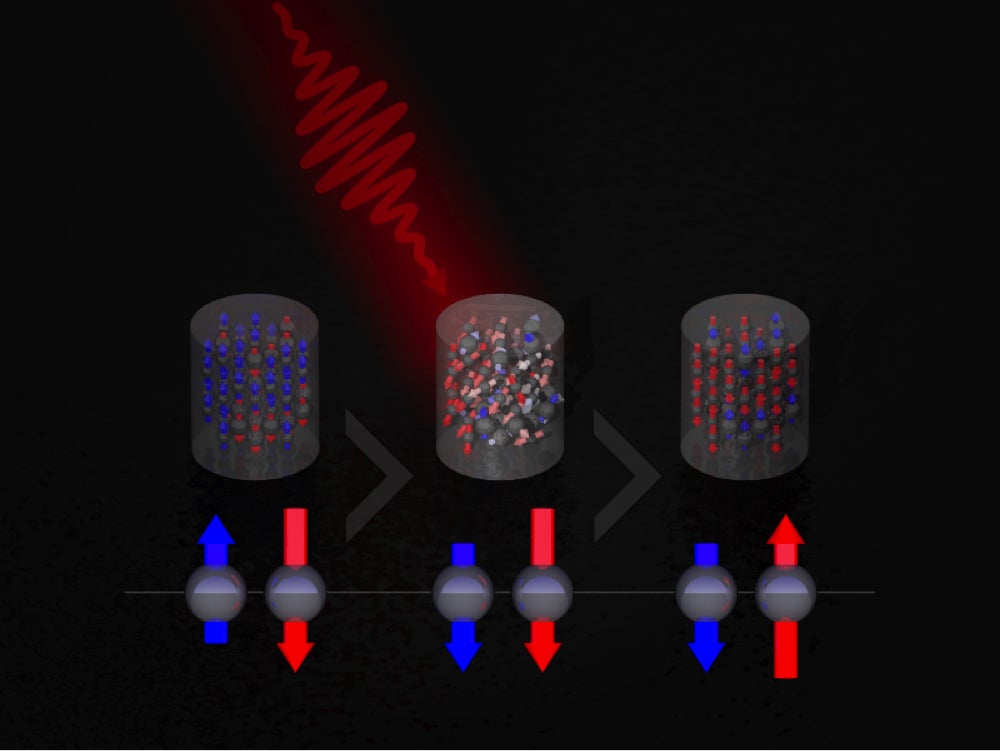 An international team of researchers claims to have figured out a way to use ultrafast bursts of heat, rather than the typical magnetic field, to record a bit of information on a hard drive–a development they say could vastly increase the efficiency and speed of hard drives. They say it could record multiple terabytes per second, hundreds of times faster than current methods.

The heat in question is a simple ultrafast heat pulse, beamed with a laser. At only 60 femtoseconds, it’s exceedingly brief, but manages to provoke a ferromagnetic state in certain materials.

It’s very interesting on a theoretical level; this is a change in how we thought data storage worked in pretty basic ways. But given the growing prominence of solid-state storage–which is not magnetic, and can theoretically perform these operations far faster than a magnetic hard drive–we’re not sure this is really going to catch on. Still, interesting stuff.

The article appears in the journal Nature Communications.