The Red Cross raises the question 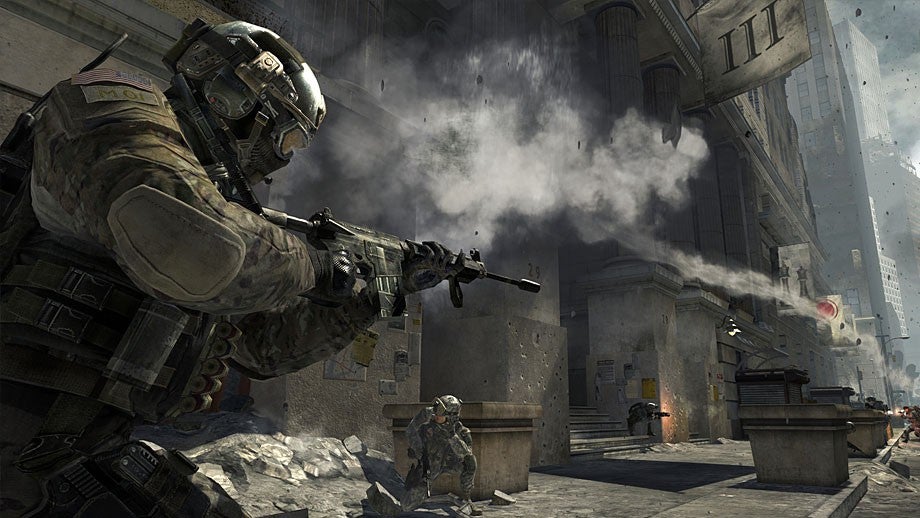 How many people have you killed in your valiant attempt to end World War III? Among all the countless hours of game play worldwide, billions and billions of virtual people have met their ends during various editions of Call of Duty: Modern Warfare and other first-person shooter games. This might be an affront to international humanitarian laws, according to the International Committee of the Red Cross.

Online gamers are not going to be prosecuted under the Geneva Conventions, so don’t worry, but the virtual killing of billions does raise some questions, according to the committee.

“In real life, armed forces are subject to the laws of armed conflict. Video games simulating the experience of armed forces therefore have the potential to raise awareness of the rules that those forces must comply with whenever they engage in armed conflict,” the ICRC said on its website today. “As a matter of fact, certain video games already take into account how real-life military personnel are trained to behave in conflict situations.”

“While the Movement works vigorously to promote international humanitarian law (IHL) worldwide, there is also an audience of approximately 600 million gamers who may be virtually violating IHL,” the bulletin said.

Lots of virtual people die in first-person shooter war games — as of January, 62 billion virtual people had died in COD: Black Ops, according to game maker Activision, and it’s surely way more than that now.

The phrase “international humanitarian law” extends to accords like the Geneva Conventions, which cover the treatment of war wounded and prisoners of war.

There have been no recommendations nor decisions regarding video games, but the committee acknowledged it is interested in working with game developers to promote a better understanding of international law in their games.

“The ICRC welcomes the fact that certain video games on war-related themes already take the law of armed conflict into account,” it said.

Some game-makers also make war simulations for real armed forces, so they might be well served by input from the largest international humanitarian organization. And it probably wouldn’t hurt to teach online players the rules of a humane conflict. COD: MW3 already contains a no-tolerance policy against friendly fire, for instance, so it would be simple to add one covering your harsh treatment of that hostage Volk, who has intel on Makarov. Maybe you shouldn’t tie him up.