Predictions, opinions, and hopes from the creators of Gears of War, Mass Effect 3, Halo 4, and more

This month, Popular Science explores the future of fun. Here on PopSci.com, we’ve teamed up with the game experts at Kill Screen. We speak to top video game designers about their visions of the future of fun; take a look at the resurgence in making your own fun, and bring you a playable online arcade.

In 1907, Hungarian explorer Sir Marc Aurel Stein discovered the Diamond Sutra in north-west China, a Buddhist holy text believed to be the oldest printed book. Dated 868 A.D., the faded paper, wrapped around a wooden pole, looks nothing like our published texts. But at a foundational level, the scholar 1200 years ago would still absorb its material the same way we do today: by reading words from a page.

Music and film, too, have advanced with technology but remain fundamentally the same as their precursors. Videogames, however, evolve on a separate plane. Even the simplest element of digital play, the interactive gesture, has changed dramatically in games’ short history. Tapping commands on a keyboard has given way to full-body immersion, with new interfaces every year.

The sheer number of users continues to explode. In a few decades, videogames have grown from the simple geometry of Spacewars!, experienced by a rare few in computer labs, to the near-photorealism of Call of Duty, a controllable blast of napalm in the hands of millions. In a hundred years of film, the distance between DeMille’s Birth of a Nation and Cameron’s Avatar is great; but compared to the gap separating Space Invaders and Mass Effect, the entirety of film’s progress resembles a baby’s first step.

So where will we go from here? Kill Screen asked a wide range of developers, from those building the next great AAA blockbuster to the individual crafting tiny gems from their desk chair. Read on, and discover their hopes, fears, and predictions for the future. 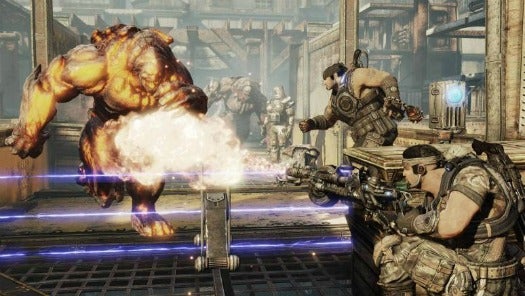 “Technology is like water or fire or alcohol. It can be used for a lot of good or a lot of evil.” So the flashy steward of Gears of War told me over the phone. But it can?t do either if people have limited access. When asked about an existing technology that could improve gaming, his answer is as simple and immediate as a chainsaw bayonet to the face: “Everybody connected, all the time, on high-speed internet.” Where he lives, in Raleigh, North Carolina, almost everyone has Wi-Fi. “Go ten minutes outside of town, there are still people who aren?t even connected or are on dial-up.” Bleszinski wants the future of gaming (and shopping–he finds retail stores “ugly and a complete waste of time”) to be all-digital. “If you can create a console or a device that is merely a portal, that can render video manipulatable in real-time, then you can have infinitely powerful graphics in the cloud or in the back-end. Once we get to that point with consoles, and the console becomes more of a portal than stationary hardware, then things start getting really interesting.” 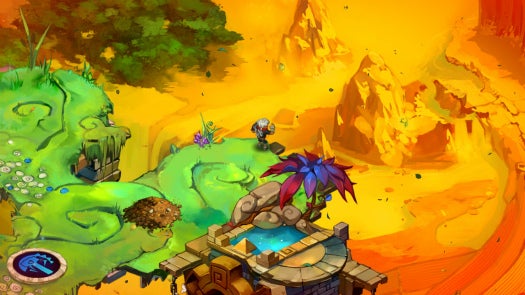 “Games are still mostly designed for and by young men, and I’d like to see them reach a broader audience,” says Kasavin, lead writer for Bastion, Supergiant’s debut release. (A remark dubiously reflected in the line-up of developers interviewed here.) But the advance of smartphones as gaming devices could propel the industry into more gender-neutral territory. Kasavin hopes one aspect of touch-gaming evolves beyond its chosen demographic. “The thing that’s missing from [touchscreens] is texture and tactile feedback. There’s a unique and pleasurable sensation in pressing a good, springy button, and nothing about a touch interface approaches that sensation — it’s just an imitation of a fundamentally superior experience. I would love to live in a future world where somehow, some way, touch surfaces can emulate different real-life textures and deliver the experience of physical contact with something other than solid glass.” 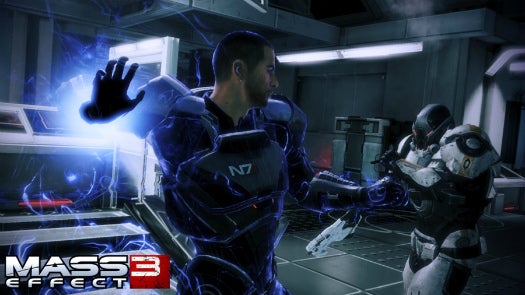 BioWare’s upcoming Mass Effect 3 looks to close out one of the most ambitious and beloved story cycles since Lucas (circa 1983). But Commander Shepard is limited by the players’ physical input. That would no longer prove an obstacle if Heir’s ideal future technology comes to fruition: “The ability to control the game with your mind.” This plotline from science-fiction is closer than we may realize. “There are already some experiments where paralyzed people have been able to manipulate robotic arms through just thought,” Heir wrote to me via email. “Taking that to the next step would be amazing for control and the types of games we could make.” 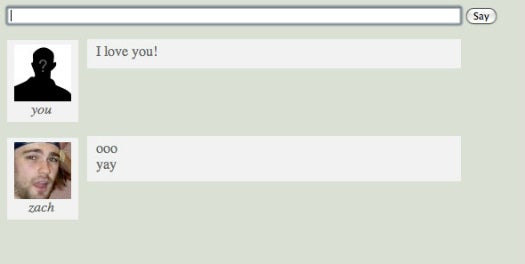 More conceptual artist than commercial designer, Gage’s work merges the physical with the digital, ranging from arcade shooters that delete real files on your hard-drive to enhanced chat programs that show whether you’re paying attention. He hopes to explore this divide with more intimate consequences. “I think Romance is a really interesting area for games. There’s a lot in Japan, but in America there’s really nothing.” He cites OKCupid, the online dating site, as an example of how quickly people have grown accustomed to computers dictating their love life. “In a couple of years we went from people being embarrassed they started their relationship online, to people having to explain when they haven’t met online. I think there’s real possibility to build a game that uses [online dating] as an arena… Maybe that’s terrible. There’s a potential danger. But I’m surprised people haven’t gone there. And I think they will.” 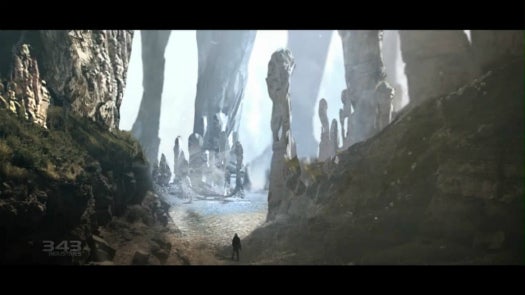 Warner is troubled by the current design philosophy of microtransactions, or what he calls “bizification”: the tempting of players to buy game upgrades with real money. But while working on the upcoming Halo 4, he’s been concerned with a more rudimentary concept–drawing and conveying his initial ideas. He writes that a university in Singapore is conducting research on the process of automatically translating doodles, coded with metatags, “into representative concept images.ÿI am a terrible artist, so having this technology at my disposal would be awesome for quickly communicating design ideas to other people.” 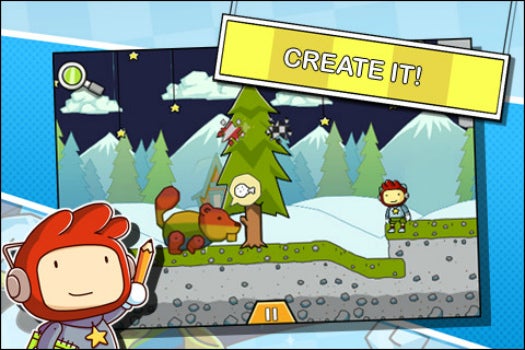 Type almost any word into 5th Cell’s Scribblenauts for Nintendo DS or iPhone, and the game brings it to life. But Slaszka hopes videogames leap beyond the screen and into our daily world. “I want augmented reality and haptic feedback gloves.” He clarifies that both exist, though in a relatively early state. Imagine a future, he writes, where everyone wears AR display glasses that highlight the day’s news, provide work updates, or, after deadline, create a virtual arena right in front of you. “What’s the point of fighting virtual goblins in your neighborhood park if you can’t feel the weight of the sword you are swinging? Realistically feeling the weight of a weapon, the force of it swinging through the air, and hitting an enemy through tactile feedback? [such prospects are] incredibly exciting to me.” 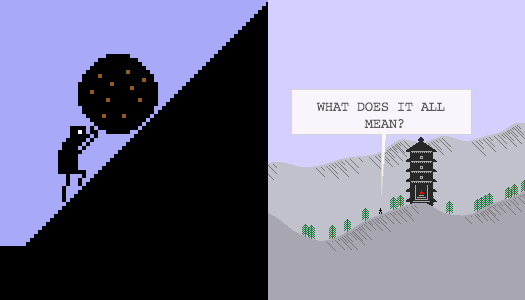 Then there are those happy to stay in the present. Barr teaches and lectures on the value of games at the University of Copenhagen, Denmark. He also creates compelling, if purposefully difficult, Flash games that often buck established expectations of what games can or should do. For him, there’s plenty of technology out there. It’s design that needs to move forward. “I don’t think I really even want any new technology for a while–I’m still fascinated by what we might do with a webcam, say, or even the trackpad. I once became obsessed with the idea of a game you play on a laptop trackpad, controlled with the tip of your nose, looking up awkwardly into the screen. “It’s all very well to keep coming up with amazing new technologies – from touch screens to Kinect to the dream of virtual reality – but there’s a genuine risk of moving so quickly onto the new thing that we don’t really work through the potential of the old things we already had. As technology seems intent on accelerating off into the distance, what will happen to design, which needs time to marinate and simply cannot reasonably keep pace?”
fun
Future of Fun
games
play
video games