What, Exactly, Is an Ultrabook?

We'll be swimming in sleeker, lighter, faster PC notebooks in 2012, thanks to Intel's brand new guts and a major marketing push. Here's how to cut through the hype 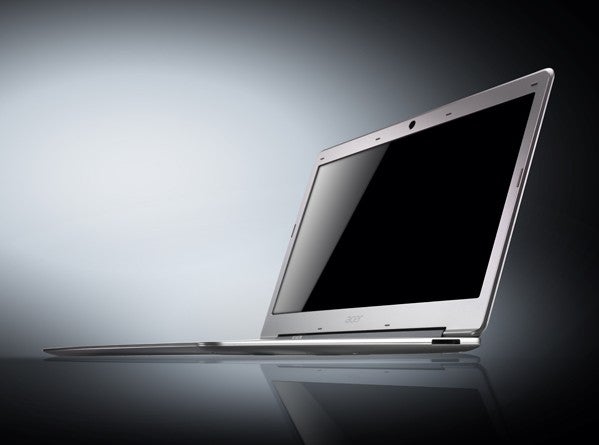 “Ultrabook” is a word you’ve probably already heard used to describe a thin, powerful laptop. You’ve probably also seen a MacBook Air—the genre’s archetype. But if you haven’t heard the term this year, get ready for some major exposure: ultrabooks are the way PC laptops will be marketed to us in 2012. But are they something new? Or simply a laptop, refined?

Intel will tell you the former—that Ultrabooks represent a revolutionary “new era” in computing. Intel’s role is to provide the ultra-thin guts to PC manufacturers like Toshiba, Acer and Asus, who bundle the hardware into their own unique takes on the ultrabook form.

At their CES press conference this morning, Intel outlined all the new features these guts will have in 2012. And they’re impressive, inside and out.

On the outside, Intel’s pared-down logic boards will ensure that 2012’s PC ultrabooks can all be under 18mm thin. And with more powerful batteries on board, these new laptops will be able to power larger screens, addressing a frequent complaint: ultrabooks’ smaller screens. Intel says half of the ultrabooks in the 2012 pipeline will have screens 14″ or larger.

Good things continue on the inside. Intel’s Sandy Bridge integrated graphics (which will be replaced by the next-generation Ivy Bridge later this year) can power DirextX 11 graphics without breaking too much of a sweat (and, hopefully, without killing your battery). Built-in near-field communication brings the possibility of instantaneous info transfers from NFC-equipped objects for quickly entering credit card info, sharing links and photos, and more. When paired with Intel’s hardware-based identity protection system, which verifies your info is coming from your computer, it’s a convenient and secure package. Intel’s also partnering with the voice-recognition company Nuance to provide the computing muscle necessary for advanced Siri-like speech controls, but without having to connect with the cloud.

Intel’s also interested in playing with user interfaces. Personally I’m skeptical of their claim this morning that touching our laptops’ screens will ever be a viable method of interacting with them (and according to Twitter, many of you agree with me). Right now, I can only see this being usable on hybrid tablet-laptop devices like Asus’s Transformer Prime, especially when paired (one day) with Windows 8’s touch-focused interface elements.

How the manufactures implent these features is up to them, but they’ll being doing it with a huge Intel marketing push at their back. It’s no wonder they allotted half of their CES press conference this morning to their senior VP of marketing. He showed us a commercial that likens the ultrabook to man’s ancient discovery of agricultural tools and the Gutenberg printing press—no joke. This is some serious marketing about to be unleashed.

The elephant in the room for Intel and the PC makers, of course, is that the MacBook Air has been on sale since January 2008. The current generation, the first to fully and with no compromises in power replace a larger laptop for everyday use, has been on the market since late 2010. There’s a lot of catching up to do, hence the major marketing. In the end, we’ll be dealing with tons more sleeker, lighter and faster Windows laptops on the market. A good thing? Definitely. Akin to man’s discovery of the iron plow? Probably not.