The 'Ziggy Stardust' musician's death at age 69 mourned by astronauts, scientists, and others 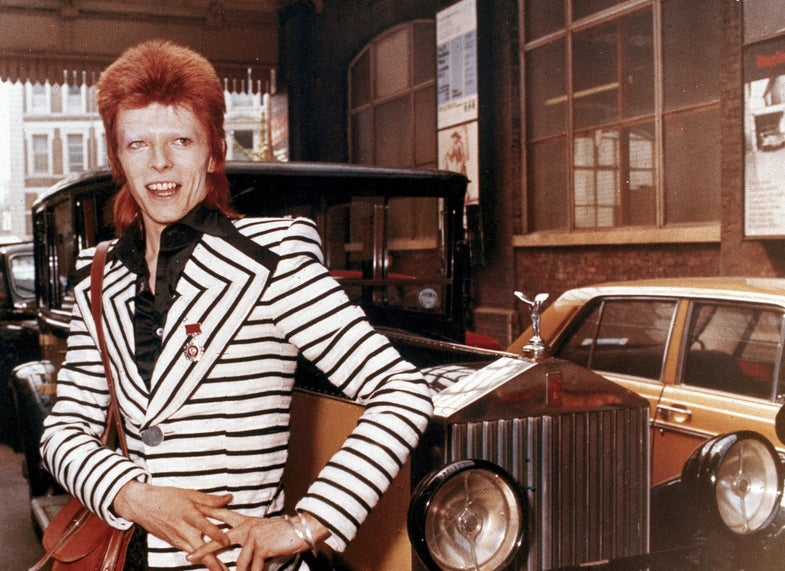 David Bowie, the pioneering English musician who transcended genres with hits ranging from “Space Oddity” to “Changes,” “Heroes,” and many, many, more, died yesterday at age 69 after fighting cancer for 18 months, according to a statement on his official Facebook page.

Bowie’s musical persona can be described as chameleon-like, and he took on multiple aliases during the course of his more than four decade-long career, including Ziggy Stardust and The Thin White Duke. However, recurring themes across his work in music and visual media included space, sci-fi, and fantasy. Aside from the various references to space on his seminal 1972 glam rock album “Ziggy Stardust and the Spiders From Mars,” Bowie starred in the cult classic films The Man Who Fell To Earth (1976), Labyrinth (1986) and even took on the role of inventor Nikola Tesla in The Prestige (2006). So it’s no surprise that many big names in the arts and sciences are offering up heartfelt remembrances for Bowie today.

Perhaps most notable for Popular Science readers is Canadian astronaut Chris Hadfield. The former commander of the International Space Station is himself a musician and a video of his acoustic cover of Bowie’s “Space Oddity” went viral back in 2013. Hadfield went on to record a whole album from space, and he was among the first to offer a tribute to Bowie earlier today on Twitter:

Entrepreneur Richard Branson, who’s busy working on achieving space tourism with his company Virgin Galactic, also owns of course the Virgin Media group and record label. And he took to Twitter today to deliver various thoughts on Bowie’s legacy both for himself personally, and to the world:

In the wake of Bowie’s death, he was also remembered as something of a technological pioneer. As the Internet Services Providers’ Association tweeted:

We’ll continue to round-up the responses from some leading figures in arts and sciences about Bowie. In the meantime, here’s one of Bowie’s most iconic spacey jams by which to remember him: