Inside The Army’s Sunshine Simulator 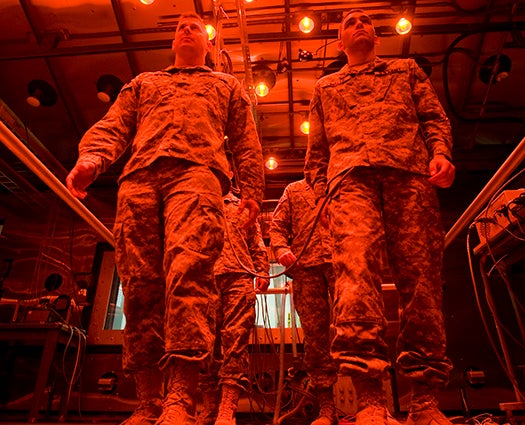 Each year, some 20 soldiers experience Afghanistan’s 118°F heat for the first time not in the field but in a lab in Natick, Massachusetts. For six decades, the Doriot Climatic Chambers has created everything from deserts to blizzards to test equipment before real-world deployment—and it’s the U.S.’s only military lab that uses human volunteers to do it.

The chambers are divided into two areas: tropic and arctic. Josh Bulotsky, the electrical engineer who manages the lab, can control every aspect of each climate. Two 500-horsepower cooling systems and a heater create –70°F to 165°F temperatures; dehumidifiers and water misters produce 10 to 90 percent humidity; sprinkler heads simulate rain; and a snow machine makes winter storms. In the chambers, soldiers sometimes walk on treadmills that fit five people (to simulate a group march). And to track their health, they can swallow telemetry pills that relay their core temperatures to lab technicians. In January, the lab added the sun: eighteen 1,500-watt metal-halide vapor lamps so bright that it’s impossible to look straight at them—perfect for testing portable solar panels. Brutal as the tests are, better that the troops and their equipment fail now than on the other side of the world. 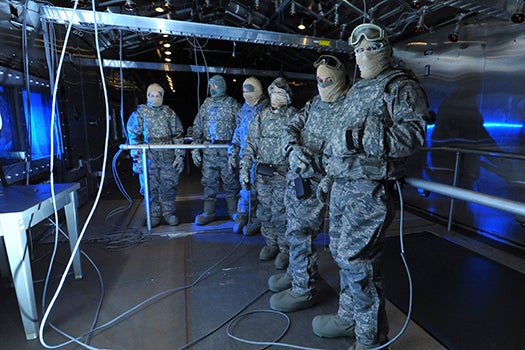 Frost is visible on soldiers’ faces as they test their cold weather gear to make sure it will keep them toasty when they face similarly frigid conditions on duty. 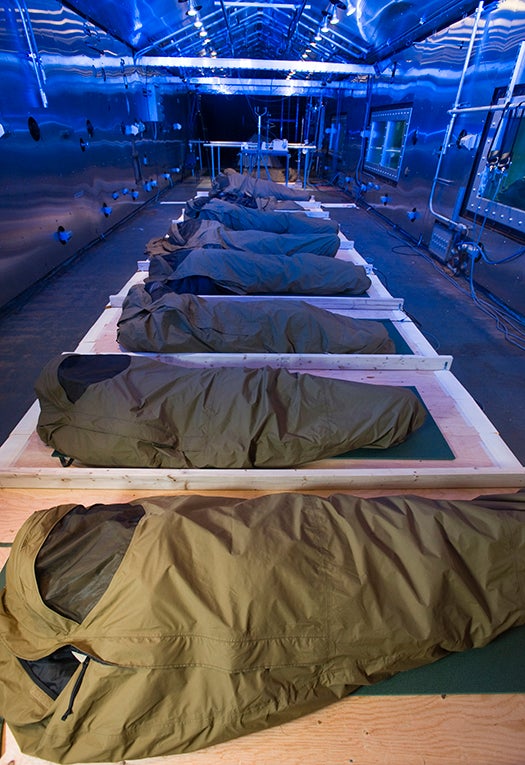 Soldiers test out heavy-duty sleeping bags in the arctic chamber of the Doriot Climatic Labs. There, temperatures can drop to as low as -70 degrees Fahrenheit. If the test requires it, engineers can use their snow machine to create a small but effective blizzard to make it even more wintry. 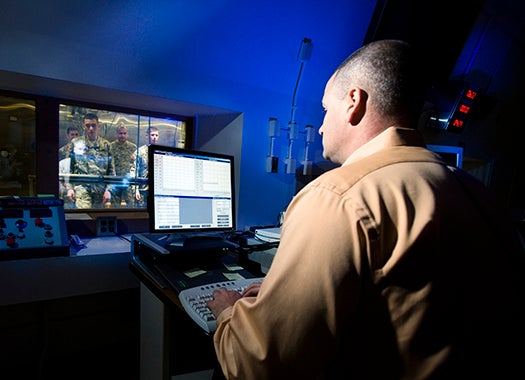 Like the Wizard behind the magic of Oz, Josh Bulotsky plays Mother Nature. Shown in a control room, he monitors an experiment on the tropical side of the chambers as soldiers march on five-person treadmills. 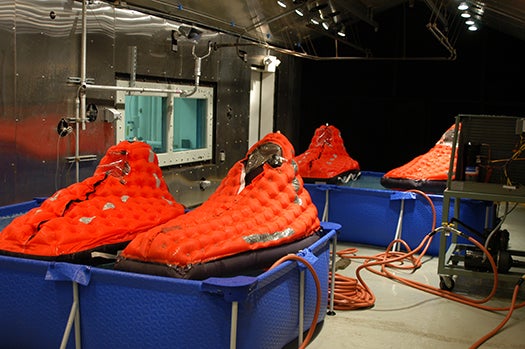 Float to the Top

The Doriot labs received these orange pods from researchers at the U.S. Naval Submarine Medical Research Laboratory, who try to find equipment to help soldiers escape from sinking submarines. Each pod is designed to protect someone trapped on a damaged sub. The soldier would enter the pod and float up to the surface, where the pod would maintain his temperature while he awaits rescue. Here, the pods are tested floating at the top of small pools. 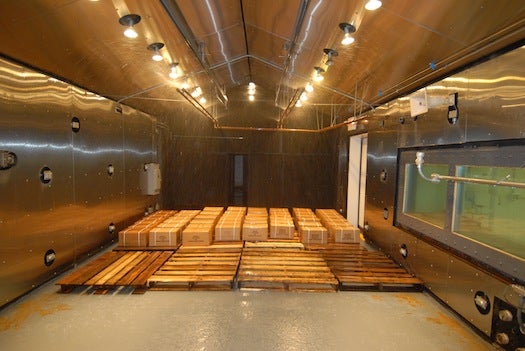 When out in the field, soldiers’ sustenance often comes from Meal Ready to Eat (MRE). The food is shipped and stored in the boxes seen here, which are tested in chambers to ensure that the cardboard packaging can withstand rain. Rain is simulated by the copper piping on the ceilings, and can come down hard enough to produce four inches in one hour.
Army
Military