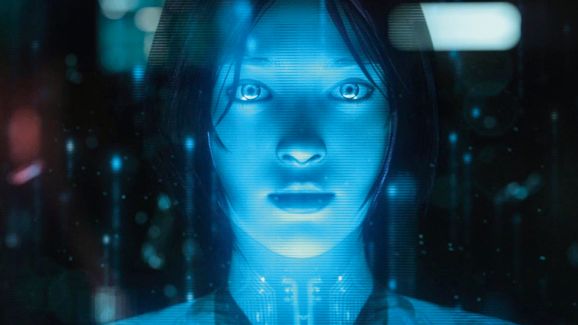 A Diversity Of Data

In an announcement earlier this morning, New York-based startup Body Labs revealed the body-scanned future of the United States Army. In a two-year contract worth more than $900,000, the company will provide detailed 3-D models of thousands of soldiers, as well the tools to dress, pose, and animate those avatars.

The purpose of this project is to develop better and more cost-effective gear, with body armor an obvious priority. By converting the Army’s current database of roughly 12,000 body scans–taken from soldiers during an 18-month study—into more detailed 3-D body models, the Pentagon should be able to run virtual gear through various simulations before actually manufacturing it. And rather than testing and building for an average-size soldier, the models would allow for analyses that more accurately reflect the diverse physicality among the branch’s more than one million active and reserve-duty personnel. Will a new backpack snag less often when a particularly tall wearer is jumping in and out of a tank? Will a redesigned kevlar vest jam into a shorter soldier’s neck when he’s crouching?

But the most interesting questions might have to do with the female form. As of right now, the Army doesn’t provide gender-specific body armor to its personnel. So female soldiers are forced to make do with protective gear that was designed for men. “When you or I see a woman cop on the street, with a vest on, we probably don’t wonder about what kind of armor that is. But the army is thinking about it,” says William O’Farrell. “Think about the geometry. You put on a really hard, solid plate across your male chest, and it will fit one way. But a woman who has C-cup breasts, and she puts that same vest on, there’s either going to be profound discomfort, or it’s not going to fit as well.”

Around half of the body scans that the Army turned over to Body Labs are of women. The company’s plan is to apply its previous analyses of the human body—where joints are positioned, how soft tissue deforms, etc.–to those relatively data-sparse scans. The problem isn’t with the Army’s scans, but with the general nature of scan-based point clouds.“A computer doesn’t understand it as anything other than points. It doesn’t understand that there’s a human in there,” says O’Farrell. But where a set of data points might indicate the size of someone’s breasts, for example, the 3-D models generated by Body Labs are ready for more in-depth simulations, such as where and how the rigid plates in body armor will sit. Using technology developed at Brown University and the Max Planck Institute, Body Labs employs what it calls point-to-point correspondence. “We say, here is the body that corresponds to that point cloud. We look at the human body now as a digital platform. We can recreate a specific person, or a prototypical human being, as a 3-D avatar, in a way that computers can understand,” says O’Farrell.

Body Labs has also developed a tool that can map its models to existing motion-capture data. So a test subject wearing a capture rig, similar to what actors wear for movies and video games, could record specific maneuvers, which could then be applied to different model sizes and genders.

Though he can’t speak for the Army, O’Farrell’s long-term vision is one of ubiquitous body-scanning, where all recruits are mapped as soon as they reach basic training, and handed gear that suits their specific shapes. That’s not to say that the military is interested in 3-D-printing thousands of bespoke uniforms. The goal is to find a balance between accommodating the variety of physiques found in the branch, and keeping manufacturing costs under control. “What number of sizes need to be created to fit this entire breadth of our population well?” says O’Farrell. “That woud be the first question. Then you might ask, if we either cut the number of sizes, or increase the coverage by, say, half an inch, maybe the fit goes to down from 99 to 94 percent, but we can save X number of sizes and Y dollars. And, frankly, that’s a calculation that apparel companies make all the time.” So while the foot scans captured by the Army could lead to a better selection of boots—the inadequacy of battlefield footwear being one of war’s great constants–Kevlar vests are expensive products, which might not come in a significtly larger range of sizes than what’s currently offered.

Don’t assume, in other words, that soldiers are going to be fawned over by quartermasters, or receive body armor that’s precisely molded to their individual forms. What does seem imminent, though, is an important breakthrough—the first U.S. government-issue body armor that’s made for women. Body Labs’ contract doesn’t include the design or manufacture of that equipment (or any other gear, for that matter). And, like many other contractors, Body Labs is in a holding pattern, waiting for the 2015 federal budget to be passed. The continuing resolution that’s kept the government operating expires later this week, and even if sequestration is avoided, the Pentagon’s funding could always wind up being cut. If this project goes through, however, O’Farrell believes that gender-specific armor will be one of its results. “I certainly hope so. If you want to protect a woman on the front lines, there should be gender-specific gear.”