What is Iran up to in the Strait of Hormuz? 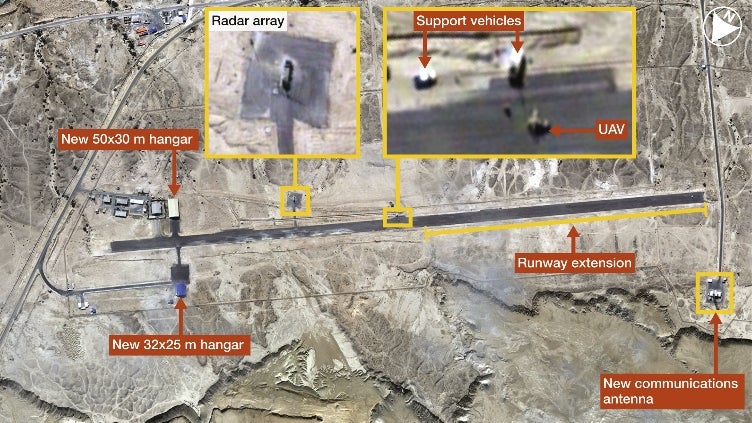 On the island of Qeshm in the Persian Gulf, on the northern-most end of the narrow Strait of Hormuz, Iran is making improvements to a drone base. The information was revealed by satellite images, which showed completed improvements to an airfield that were started 2011. The picture above, taken in March 2013, highlights these new developments: a 5,250-foot runway, a new radar array, an unidentified, 5-meter-long drone, new hangars, and a new communications antenna.

Qeshm sits at a particularly narrow part of an already narrow passage. The U.S. Energy Information Administration identifies the Strait of Hormuz as “the world’s most important oil chokepoint,” so an airfield on the island is incredibly useful for threatening or protecting oil tankers passing through the strait. Also, while the drone pictured above is of modest size, Iran has a larger drone type. Iran claims this larger drone, the Shahed 129, is capable of carrying missiles, and the improvements to the airfield might be designed with the Shahed 129 in mind.