Your Rented Computer Can No Longer Legally Spy On You 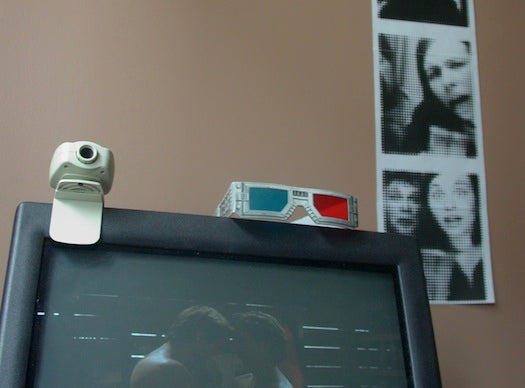 According to a settlement that went into action yesterday (April 15), rent-to-own stores will no longer be allowed to peek at what their customers do. Previously, at least one piece of software allowed rent-to-own computer businesses to log their customers’ keystrokes and GPS locations, take screenshots of the rented computers while people are using them, and snap photos of users with the computers’ webcam.

The new injunction only names eight companies, but it means that the U.S. Federal Trade Commission considers these actions illegal—and that applies to any other rent-to-own businesses that use similar software, Tracy Thorleifson, a commission attorney who worked on the case, tells Popular Science. The commission is also forbidding the company that made the software from “providing others with the means to commit illegal acts,” according to a commission statement.

The software under fire is called PC Rental Agent–it was designed to help computer rental businesses in situations just like this. Ars Technica has a great description of PC Rental Agent’s different levels of features. Many are obviously helpful, such as the ability to clear a computer’s memory before renting it out to the next customer. But the software’s “Detective Mode” allowed stores to perform in-depth spying. It could also put up a fake “registration” notice on computers, enticing people to enter in their contact information.

Tim Kelly, a co-founder of DesignerWare LLC and developer of PC Rental Agent, told Ars Technica that stores were only supposed to activate the spying features as a part of their efforts to recover the computer from would-be thieves. He also said he doesn’t agree with the Federal Trade Commission’s ruling, although he has settled.

In a filing it made in September, the federal agency alleged that stores did not alert customers to the fact that the stores might be tracking and logging sensitive customer information such as social security numbers, banking information, and passwords. Because Detective Mode automatically snaps what it sees in computers’ webcams, many stores ended up with photos of kids, undressed people and people having sex. Stores often activated Detective Mode on computers that customers were late in making payments for, but didn’t intend to steal, the commission said.

With the new settlement, rent-to-own companies can’t perform any spying on customers. They can’t put up fake registration notices. They can only track machines’ locations with customers’ consent.

The settlement allows the commission to follow up on the eight named companies any time over the next 20 years, to make sure they’re complying.