An FBI forensic video instructor reveals how investigators will sort through reams of video footage in preparation for the eventual trial of Dzhokar Tsarnaev. 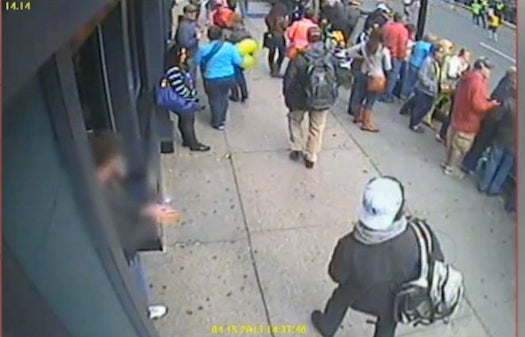 It was a 7-Eleven’s security footage that helped trace Tamerlan and Dzhokar Tsarnaev to a Boston suburb the day after the U.S. Federal Bureau of Investigation publicly released photos and videos of the Boston Marathon bombing suspects. But that won’t be the end of video evidence in this case. Now that Dzhokar has been captured, U.S. agencies will comb through thousands of hours of video captured on security cameras, people’s cellphones and other sources, looking for evidence to build their case against Tsarnaev in court, Grant Fredericks tells Popular Science. Fredericks is a forensic video instructor at the FBI National Academy. He also manages the use of the National Multimedia Evidence Processing Lab in Indiana. It’s an enormous task, but some technologies, both old and new, now make it a little easier. I talked with Fredericks about the tech tools he and his colleagues at the FBI use. The following comes from phone and email conversations last week and today.–Francie Diep

The Boston terrorism attack is the best example we can imagine of how important video is.

They have to be taught about what they’re looking for. But through the algorithms, they can be taught to examine crowds of people and identify people with backpacks.

Human analysts still have to enter metadata into video clips. The GPS information or the GIS information can be entered in. Any observations can be infused and embedded into that information. Then it all becomes searchable. There is no quick solution to mass processing of video evidence. [The Boston] investigation will require a lot of experienced eyes.

Most videos we get are proprietary. We can’t simply push “play” and watch it play. In the old days, it was on one format, VHS tape. I worked on a case in 2011 where there were 5,000 hours of video and over 100 different proprietary digital formats.

The amount of video that is now coming in will require a tool like Vantage from Telestream. This is a very new technology. We’re going to be putting it into our lab [in Indiana]. It is an intelligent technology where we are be able to tell it, “Whenever you see a file with this header information, or this compression information, use this codec to play it.”

What we’d be able to do is simply take clips from cellphones by the hundreds and drop them into a folder and then all that information would be transcoded and inserted into our forensic system the way we want it. That would make something that would usually take a team of analysts to work on over a full day, one person a couple of hours to get it all done.

My background is in television. I was a television reporter in Canada and then I became a police officer. In 2011, after the Stanley Cup riots, my department came to me—I’d already left the department, but they came to me and asked for assistance in processing 5,000 hours of video. We brought a team of 52 forensic video analysts who were part of LEVA, which is the Law Enforcement and Emergency Services Video Association. We processed those 5,000 hours in three shifts, working 24/7 for 14 days.

The investigation will require a lot of experienced eyes.
Any member police agency—the Vancouver police, Boston, the FBI, they’re all members of this agency—they can call for an activation of our emergency response team. Then we would all come together and work within the Avid Media Composer system. Avid provides a shared storage environment that allows multiple agencies to work together on the same file. We would begin to infuse metadata and intelligence into video streams for future examination by investigators.

The FBI has not yet requested our assistance. We don’t know if they will. But if they do, we will respond. They contacted us to determine our availability. So we had a brief meeting with them and we have a team that’s on standby that could be activated quickly.

The video investigation and the rest of the investigation will go on for many, many months, if not years, down the road. They have a conspiracy case to put together. They have a huge criminal case to put together. They’ll have to look at what lessons to learn. They’ll want to examine every fiber of evidence, including the video, to see what they can learn from it, including, “Were these guys working alone?”