Artificial Intelligence App Will Keep Tweeting As You After You Die

Because your biggest worry about death is how it will affect your follower count. 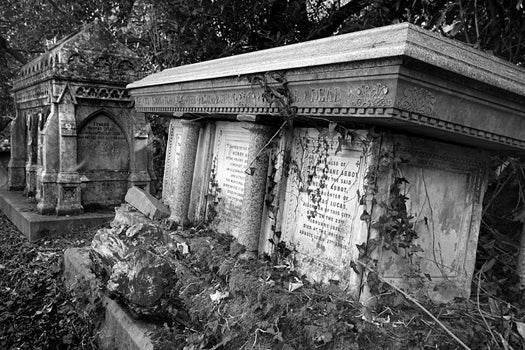 There are a few eternal questions that haunt humanity: Is there a point to life? Who are we? Are we alone in the universe? And of course, what happens to my Twitter feed when I die?

Facebook profiles can become heartfelt memorials to the deceased, or, unreported, simply live on as a normal profile minus the status updates. But what happens to the social media junkie whose greatest living wish is to never go a day without tweeting?

With _LivesOn — an artificial intelligence project from Lean Mean Fighting Machine, a British ad agency, and Queen Mary University in London — social media mavens won’t have to worry about a little thing like death getting in the way of their tweets.

With the clever/awful tagline “When your heart stops beating, you’ll keep tweeting,” the service would take up the business of running your Twitter feed when you move on to bigger and deader things.

In life, _LivesOn would be a private mirror account that learns your syntax from the tweets you’re already writing. Once you die, the “executor” to your _LivesOn “will” decides whether or not to make that account public. (Presumably, if your social media presence was filled with updates on your flu status or whining about awards shows, your trustworthy friend or family member could elect not to foist your virtual Twitter twin on the public.)

According to NPR, it could even favorite and retweet for you. Nothing boosts the ego like when a dead person favorite’s your wittiest tweet, right?

So far, more than 7,000 people have signed up for the service, though it’s still in development. The Independent reports that it will launch sometime this year.

It could also be a tool for those that are too lazy to tweet for themselves. “It would be your twin, posting the sorts of things you’re interested in so you can go off and use your time more wisely,” LivesOn creator Dave Bedwood told The Independent.