Can You Crack The NSA’s Top-Secret Crossword Puzzles? 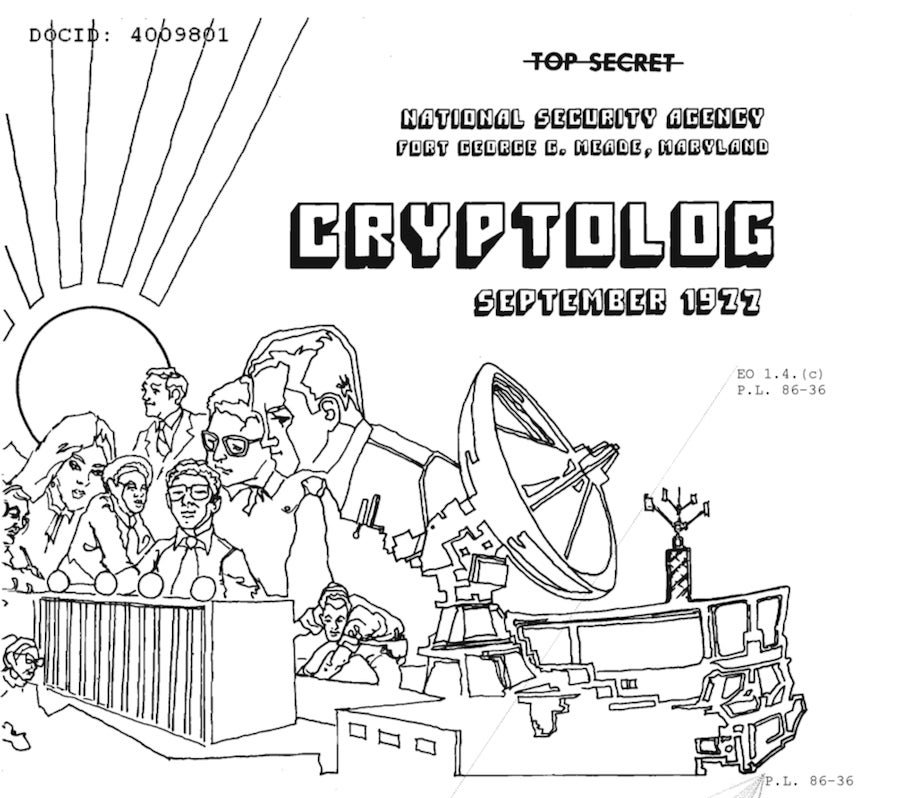 The National Security Agency has just released back issues of Cryptolog, the agency’s in-house, formerly top-secret news magazine. In some of those issues, you’ll find: cool ’70s illustrations and doodles, crossword puzzles, and also [redacted], [redacted], and [redacted].

With issues released between 1974 and 1997, it’s an interesting read for anyone curious about national security culture in the Argo era, but there’s a lot that’s still classified in these unclassified documents. (Executive Order 13526 requires documents like this to be released before they turn 25, but agencies can still withhold some info.) For example: There’s an illustration of a birthday cake for an article from the ’70s, but everything else about the article (even the headline) is marked out. In 1988, there was a fairy tale written about Crayola crayons that seems like a bizarre inside joke, and the author’s name has been removed, along with a lot of other contributors’ names. Still out in the open, though, are (most of) these crossword puzzles. They ran for years with some variations of this message accompanying it:

The quotation on the next page was taken from an article in an NSA publication. The first letters of the WORDS speII out the author’s name and the title of the article.

So you’re probably not familiar with the authors (unless you’re really, really into reading NSA publications from this era), but you should be able to figure out the titles. Let’s see: Here are a few crosswords. 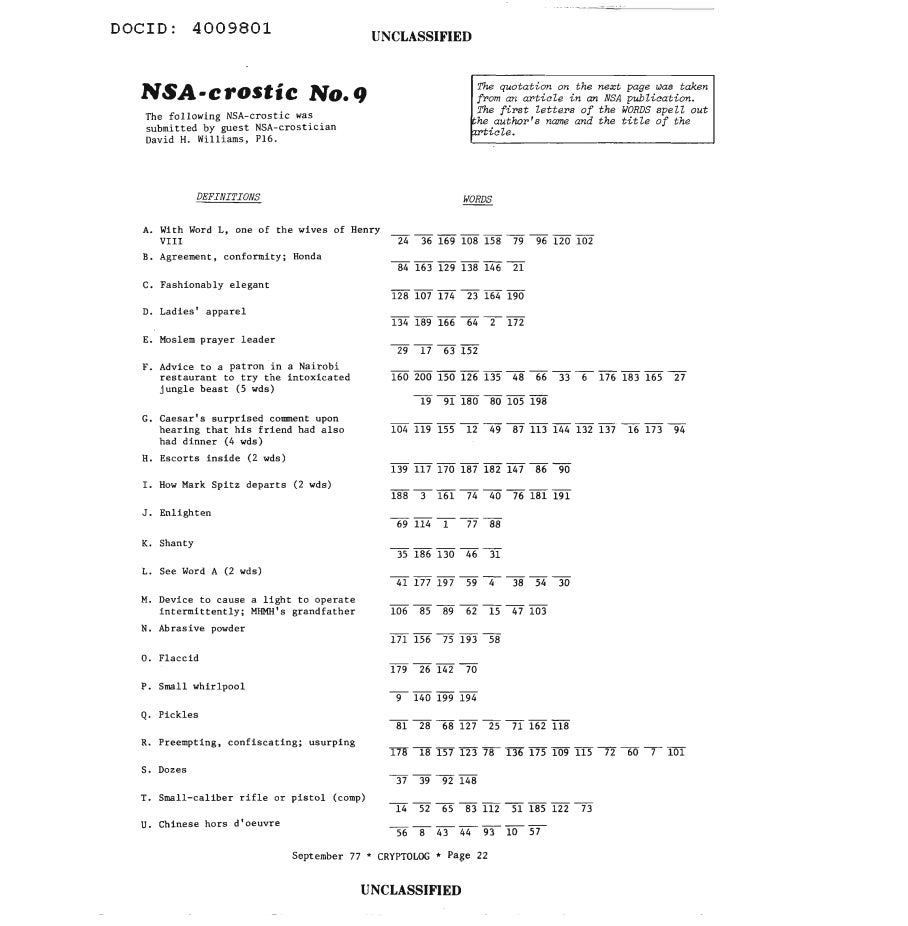 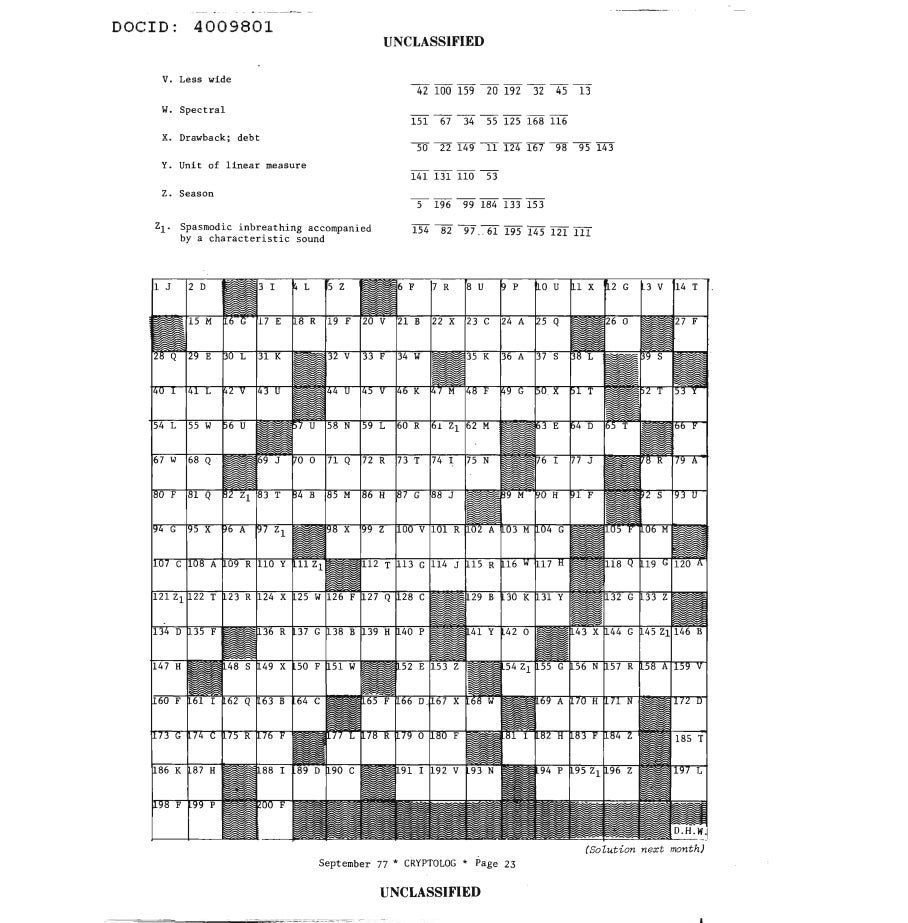 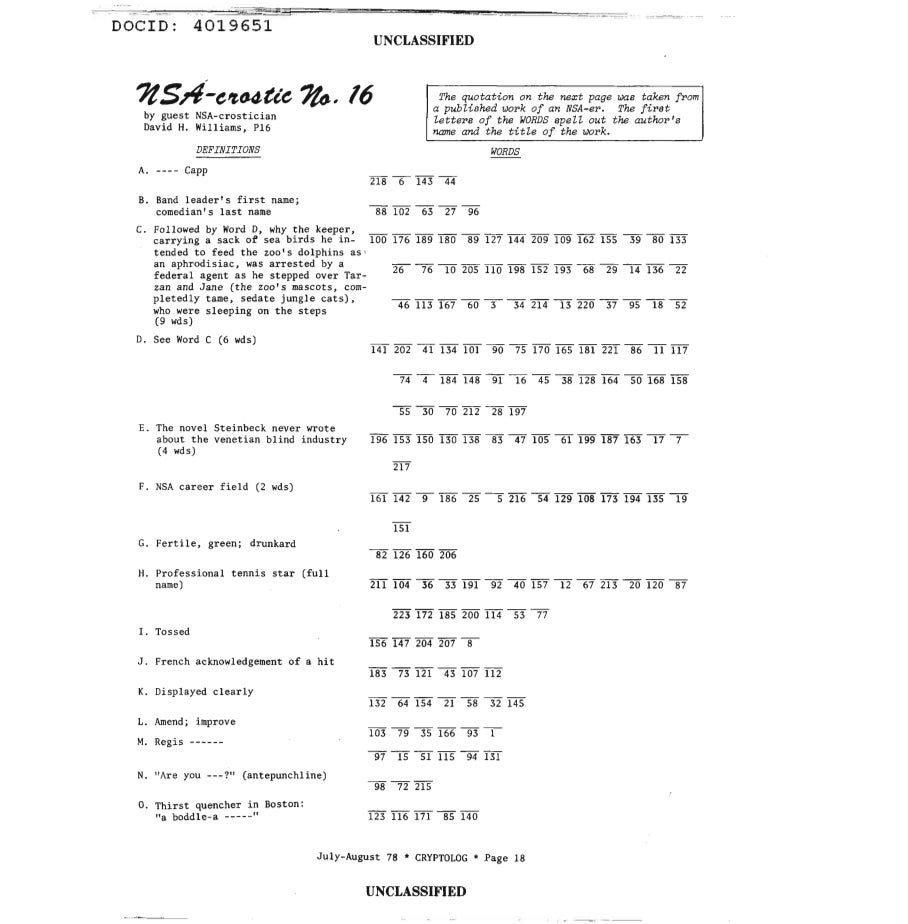 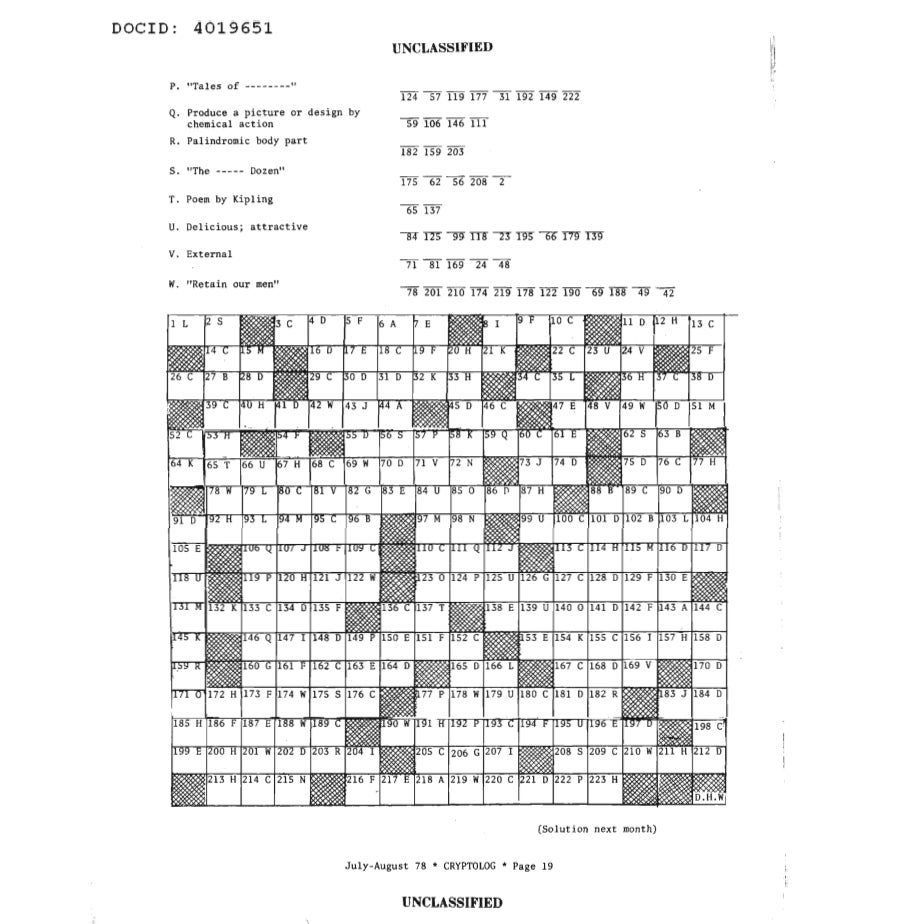 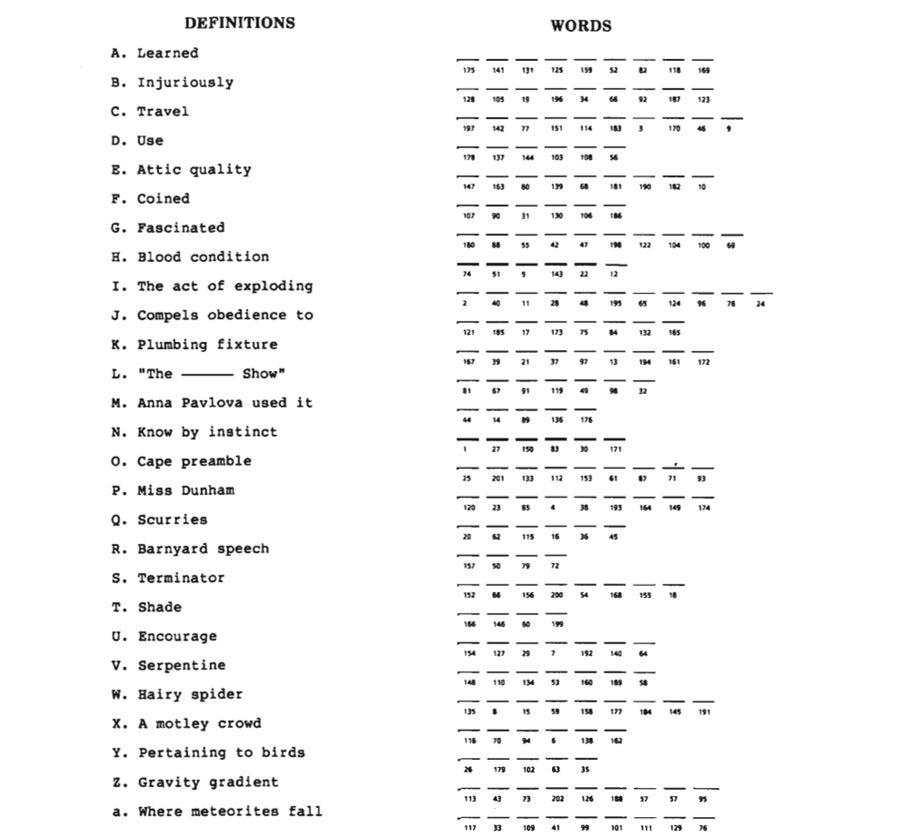 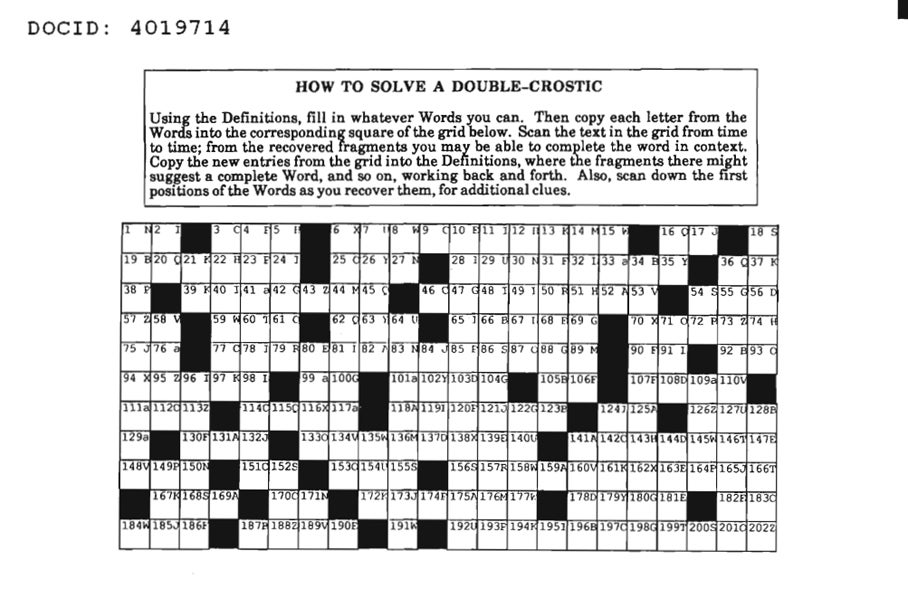 (Solutions to each puzzle come in the following month’s issue of Cryptolog, although it looks like some might be out of order or redacted. You can also find more crosswords in the NSA archive.)