Welcome to the main event. At the end of a day filled with many interesting, thought provoking talks (and a... 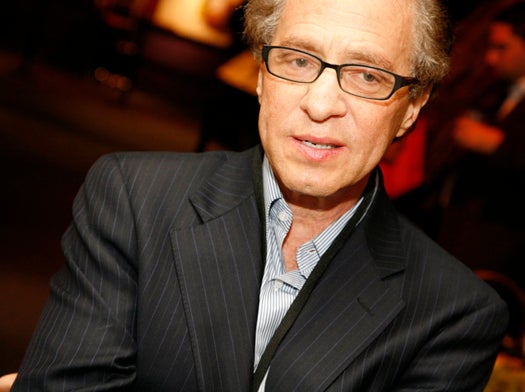 Welcome to the main event.

At the end of a day filled with many interesting, thought provoking talks (and a few that gave me some much needed sleep), the audience at the Singularity Summit 2009 sat content but exhausted. After all, contemplating the future of humanity really takes it out of you.

Then came Kurzweil. He’s the man everyone came to see, and they greeted him appropriately. After the standing ovation died down, the auditorium reached its quietest point yet, as the collected skeptics, crazies and disciples waited to hear from the first prophet of Singularity.

Kurzweil’s demeanor did nothing to betray his position in that auditorium. This was his yearly Sinatra at Caesar’s, state of the Singularity moment, but rather than fill up the room with his presence, he mumbled, looked at his shoes, and carried on in a polite, if tired, manner.

Before he started in on his talk, he produced a sheet from a yellow legal pad that he had periodically scribbled on all day. It was his own reflections on the summit’s previous talks. Kurzweil then proceeded to comment on them all, admitting some theories into the canon of Singularity, and relegating others to the apocrypha.

I don’t think Kurzweil thought he was personally ruling on the validity of theories, but that’s how many in the audience took it. After all, his final talk wasn’t about introducing new theories or dissecting his previous mistakes. It was about shoring up the faithful, calming any doubts they had about the sheer ambition of his claims, and presenting even stronger evidence that the Singularity is inevitable and impending.

The blatant clarity and simplicity of his argument and evidence left no doubts about Kurzweil’s profound intellect. He could have simply shown one slide, pointed to it, and walked away with everyone in the audience convinced the Singularity was on its way.

The slide showed computing power, starting with the first punch card machine designed for the 1890 US Census, and ending with today’s most powerful chip. Since 1890, computing power has become a trillion times more powerful, and a billion times more powerful in the last 25 years. The computer I used at the beginning of college had 10 times less power and half the storage space of the one I used as a senior. With the human brain able to hold only about 2 petabytes of information,a single computer will equal the storage capacity and speed of the human brain by around 2029.

And once a computer can map out every single neuron, connection, and firing of a brain, someone will make a digital version. Looking at Kurzweil’s graph, all the data lined up so elegantly, I became convinced that a computer will simulate a human brain in my lifetime.

I was reminded of the Human Genome Project, which assumed that once every gene got mapped out, it would be easy to put a person together from scratch. As we’ve since learned about the impact of gene/protein interaction in development, the many previously unimagined roles played RNA, and the various chemical feedback loops that regulate every living cell, the simple theory of DNA codes, RNA prints, protein acts seems increasingly simplistic and naive.

I left with the feeling that neuroscience will soon start revealing similar complexities in the brain. And as the process of conscious proves more and more intricate, the computing power needed to reproduce it will rise and rise, pushing back the date of the Singularity.

Kurzweil’s presentation left me with no doubt that he was on to something. But he, and everyone else who spoke at the conference, also left me with a strong belief that no knows what that something is, or when it will really be here.

All I know is that when it does get here, I hope it doesn’t run on Windows.

Tomorrow, I’ll wrap up with my final thoughts on the conference, and let some of the conference attendees tell you what they think about the Singularity.