Steve Carell might be leaving The Office, but this software can at least fill the void of "that's what she said" jokes 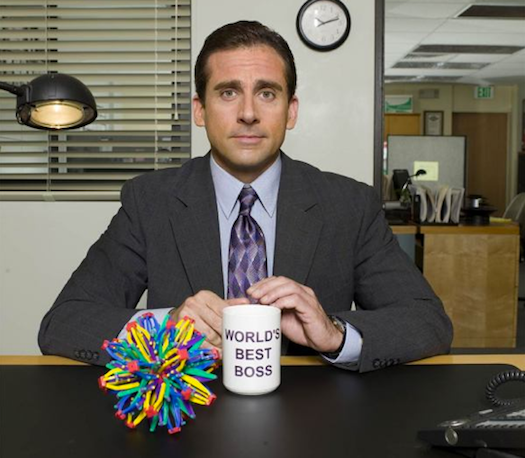 Steve Carell’s final episode of The Office aired last night, and without him, we’re left with a hole in our lives where those “that’s what she said” jokes (hereby referred to as TWSS jokes) should be. Luckily, a couple of computer scientists have created some software that recognizes the opportunity to make a TWSS joke in the midst of natural language. It sounds like a huge effort, but definitely has the potential to fill that hole. (That one was a gimme.)

The software actually sounds pretty tricky to write–it’s a natural language analyzer, sort of like a more specific and not so terrifying version of IBM’s Watson. Created by Chloé Kiddon and Yuriy Brun of the University of Washington (make sure to read their report if you want to see an NBC sitcom properly cited in an academic work), the system is named DEviaNT, which stands for Double Entendre via Noun Structure–a bit of a stretch, but we’ve seen worse.

Every Single -Thats what she said- from The Office by victoria36

At the moment, DEviaNT has about a 70% accuracy rate, which leads to some jokes that don’t really make sense (that’s what she said), but the researchers are confident that with more data, they can boost its abilities to near-Michael-Scottian levels.