Scientists Decipher Almost the Entire Genome of an Unborn Baby

In a new study fraught with some heady ethical questions, scientists have sequenced almost the complete genome of an unborn... 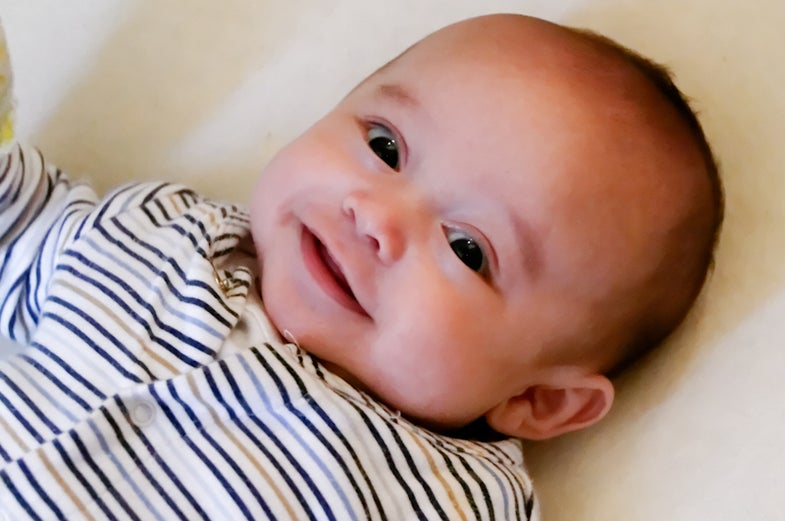 In a new study fraught with some heady ethical questions, scientists have sequenced almost the complete genome of an unborn child, and done so without interrupting the fetus or the mother’s womb. The team used the mother’s blood and the father’s saliva to determine their child’s genetic sequence in the second trimester.

Fetal genetic tests already exist for a few chromosomal abnormalities and genetic conditions — amniocentesis, which samples the fluid in the amniotic sac, is a common test for Down syndrome, for instance. But the tests can disrupt the environment of the womb and have been shown to cause miscarriages in rare cases. Instead, this new test uses maternal blood taken just 18 weeks into the pregnancy, plus a paternal saliva sample. The scientists checked their genetic test’s accuracy using umbilical cord blood after the baby was born, and found it needs improvement, but is largely accurate.

A baby’s DNA appears in a mother’s bloodstream a few weeks after conception, and this can be used to determine a fetus’ sex very early on. About 10 percent of the cell-free DNA fragments in a mother’s bloodstream come from her baby, according to the authors of this study, led by Jay Shendure at the University of Washington. This cell-free DNA strands can also be used to check for genetic abnormalities. But it’s difficult to separate the mother’s DNA from the child’s, and it’s also difficult to determine inherited genetic variation and brand-new mutations that might arise at conception.

To improve their resolution, Shendure’s team first solved the haplotypes of the mother — those are her own genetic variants, which exist on the same chromosomes. The authors were able to figure out how haplotypes are organized on the chromosomes, and this allowed them to identify haplotypes in the baby that must have come from its mother. They were able to determine which genes came from which parent with 98 percent accuracy, according to the University of Washington.

Then they looked for new mutations, variants in the baby’s genome that it doesn’t share with either parent. These “de novo” variants can be totally benign, but this is also how some rare genetic disorders arise, like Down syndrome or Turner’s syndrome and some others. Using computational techniques, the team found 39 of the baby’s 44 de novo mutations, while it was still a fetus. But they also wrongly predicted 25 million other potential de novo mutations, as Science Now points out. These numbers could suggest a fetus has a genetic disorder it doesn’t actually have, and could needlessly worry the parents. Still, it shows the technique works, Shendure says. Eventually, this non-invasive prenatal sequencing could become routine practice.

But whether it should is another question. In some respects, a person’s genome lays out his or her medical destiny — while the baby is still in the womb, you could find out that she carries a gene that may make her likely to develop breast cancer, for instance. Or perhaps autism. And what about other late-life diseases? The wealth of information in a genome is overwhelming, Shendure acknowledges.

“The capacity of genomics to generate data is outstripping our ability to interpret it in ways that are useful to physicians and patients,” he said. “Although the non-invasive prediction of a fetal genome is now technically feasible, its interpretation – even for single-gene Mendelian disorders — will remain an enormous challenge.”