The same sensors that detect the tilt of your smartphone could well start showing up in the helmets of NFL... 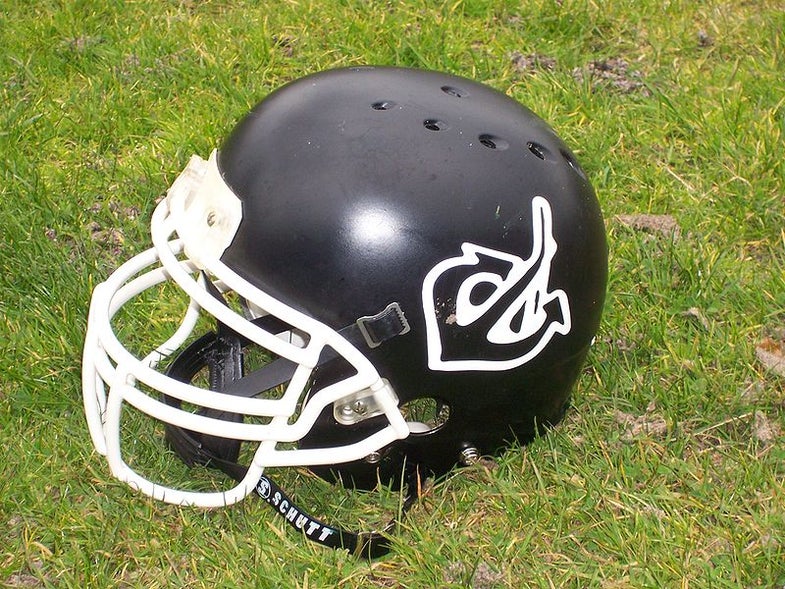 This helmet has literally no idea how much force is being applied to it. Ridiculous!. Creative Commons: Banderas
SHARE

The same sensors that detect the tilt of your smartphone could well start showing up in the helmets of NFL players by next season, but for a very different purpose. We know that cranial trauma from helmet-on-helmet impact can cause concussions and other serious medical issues, but we don’t have a ton of data showing exactly what kind of head-bashing is the most harmful. These sensors could provide that information, and in turn lead to smarter, more protective helmets.

The Washington Post reports that the NFL is close to trying out a pilot program for these impact-sensing helmets. They’ll be trying a few different configurations, with sensors in helmets, earpieces, or mouthpieces, but all will use accelerometers–a sensor that should be familiar to anyone who’s played Doodle Jump on a smartphone. The accelerometers will be useful to measure the precise nature of the impact, something that seems clear-cut but in reality is not.

Some 80-G impacts will result in no short-term adverse effects at all, while a 40-G impact might cause a devastating concussion. That kind of inconsistency needs to be precisely measured and analyzed, and accelerometers could produce those findings in minutes. New discoveries about the role of angle, force dispersal, speed, and kickback could result in redesigned helmets that more accurately protect a player’s brain, which could legitimately save lives.

There’ve been technologically-altered helmets before, like the heat-sensing helmet, and, in fact, impact-sensing helmets have been proposed before–but these are the first to actually get a preliminary go-ahead from the NFL. The helmets seem like they’d be an easy fix–after all, there’s already a built-in headset in many modern helmets–so we’re hopeful that the tech is implemented and turns out to provide some useful data. Football will never be completely safe, but we can certainly make the protection more effective.