The Panoramic Survey Telescope and Rapid Response System, or Pan-STARRS, is stationed on top of Mount Haleakala in Hawaii, turning... 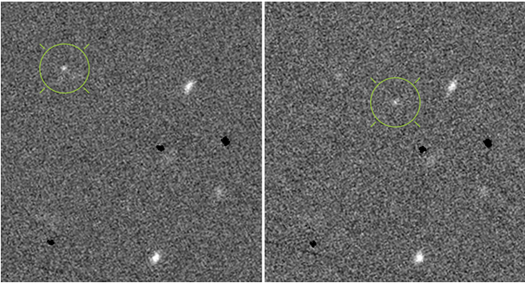 The Panoramic Survey Telescope and Rapid Response System, or Pan-STARRS, is stationed on top of Mount Haleakala in Hawaii, turning its 1.4 gigapixel camera on the skies in search of potentially hazardous objects. Now, just three months after its PS1 telescope went online, it’s found one.

Designated 2010 ST3, this asteroid will come within four million miles of Earth in October and there’s a very slight chance that it will hit us in 2098. Were that to come to pass, at 150 feet across, the impact would have the effect of a 20 megaton bomb. However, the impact is highly unlikely. The Earth and 2010 ST3 occupy the same potential volume of space in 2098, but that volume is huge. As time goes on and projections get more precise, it’s likely that we’ll find that the Earth will end up outside of the asteroid’s path.

What’s amazing is that Pan-STARRS located it this early. On September 16, when the asteroid was first spotted, it was still 20 million miles away. No other existing asteroid survey could have found it. That bodes well for the identification of any future threatening objects. Pan-STARRS predicts that they will be able to locate tens of thousands of new asteroids each year and any that may come close to Earth will be labeled “potentially hazardous” and be closely watched.