Bavarian beer purveyors concerned about a smelly Oktoberfest are hoping bacteria can make the experience more enjoyable. They plan to... 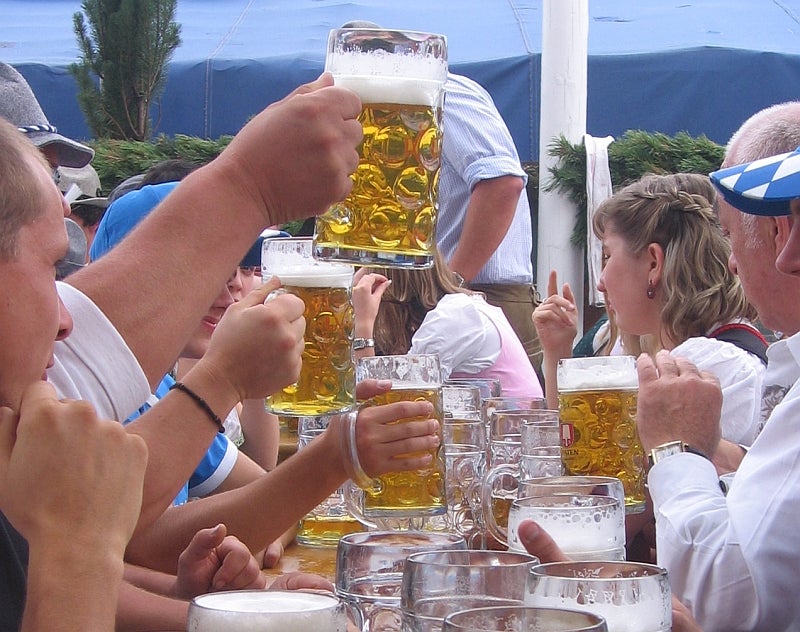 Bavarian beer purveyors concerned about a smelly Oktoberfest are hoping bacteria can make the experience more enjoyable. They plan to pour a solution of live bacteria on the floors of Munich’s beer tents, in an effort to knock out the inevitable festival smells usually covered up by a fog of cigarette smoke.

Voters in Bavaria passed a statewide smoking ban in July, and it took effect last month. Oktoberfest gets an exception through 2011, but organizers want to conduct a test run during the festival’s 200th anniversary, which starts next week.

Its ill effects aside, cigarette smoke is a pretty effective cover for the putrid smells that accompany boozy revelry — think rotting food scraps, stale beer and, of course, the porta-potty zone. Without a haze of smoke, beer tent organizers fear customers will forgo ordering steins full of the world’s best märzen.

As Der Spiegel reports, three beer tent owners plan to pour a solution with special bacteria into the floorboards and aisles between tables and toilets. The bacteria, called “Elbomex,” is sold as a soil additive, the newspaper reports. Its manufacturer also promotes the bacteria’s ability to cover up foul smells found in wastewater treatment facilities, stables and compost piles, Der Spiegel says. All that remains is a faint scent of soil.

Ricky Steinberg, who owns the famous brewery Hofbräu, already tried it out and said it seems to work. Still, beer-tent owners are fearing the worst: “You hear from nightclub owners that the smell has gotten very bad,” Steinberg told Munich’s Merkur newspaper.

Other than Hofbräu, Oktoberfest organizers were keeping mum on which tents were using the bacteria. Apparently, festivalgoers will be able to smell for themselves.