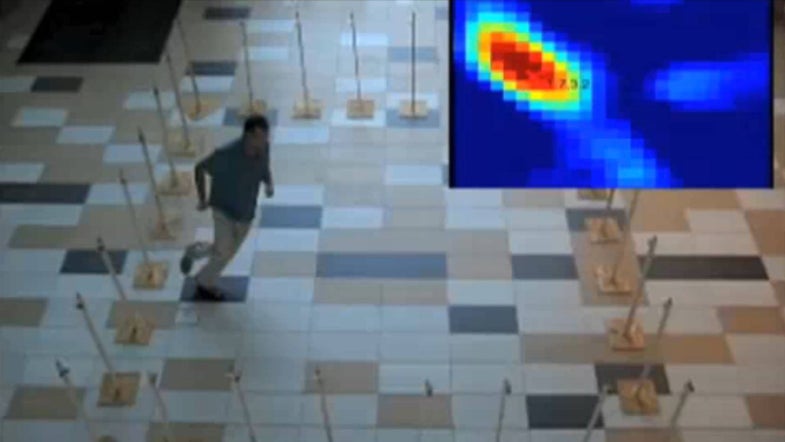 SWAT teams and rescue workers may soon take advantage of wireless networks to locate people moving around inside buildings.

We previously examined this nifty wireless concept that uses off-the-shelf technology to locate humans to within 3 feet on the other side of walls. Now the researchers have released a couple of awesome videos showing the person-tracking tech in action.

The first video shows how a person’s body blocks radio waves and creates differing signal strengths that researchers can interpret and mark with an “X.” That leads to the second video where a researcher shows the node deployment outside a building, and eventually shows up as an “X” walking around inside the building layout.

Questions remain about the range and sensitivity of the radio node network, as well as how well this might work in a multi-level building. But the relative cost-effectiveness of the concept seems impressive enough, and the University of Utah researchers hope to eventually commercialize the idea.

Police might throw up such a network in dangerous hostage situations, for instance, so that they can plan out a possible breach and rescue operation if necessary. It’s still a far cry from The Dark Knight cell phone imaging system that allowed Batman to take down Joker henchmen and SWAT teams with equal ease, but it’s certainly a good start.