Physicist Looks to Build a Kilometer-Long Cannon for Space Launches 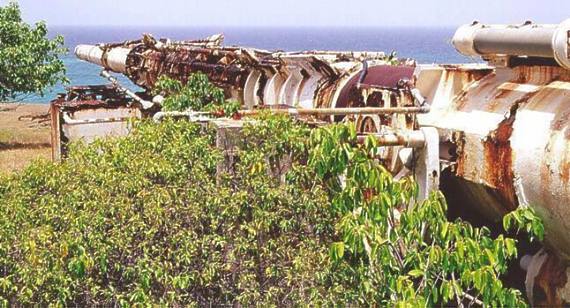 Rockets are the tried and true workhorses for launching payloads into space. But that could change, if a physicist realizes his vision for a 1.1-kilometer-long (0.7 mi) gun that could fire cargo into low Earth orbit.

The new supergun concept could fire payloads of 450 kilograms (990 lbs) at more than 13,000 mph, according to John Hunter, a physicist who formerly worked at the Lawrence Livermore National Laboratory in California.

Hunter’s notion would build on a light gas gun created by the Lawrence Livermore Laboratory in the 1990s. He and two other scientists who formerly worked on the Super High Altitude Research Project have now formed their own startup company called Quicklaunch in San Diego, California, to make the big daddy version that could fire projectiles at more than twice the speed of the original.

Similar supergun visions have floated around since science fiction guru Jules Verne described a giant gun firing three men in a projectile toward the moon. The U.S. Department of Defense teamed up with Canada to fund a series of supergun experiments in the High Altitude Research Program during the Cold War, and fired projectiles high into the atmosphere from a modified Navy gun with a barrel length of 36 meters (118 ft).

Many ideas have also focused on the use of electromagnetic rail guns that could accelerate payloads over long distances to reach escape velocities, even if none have undergone serious testing for space launches. By contrast, the Quicklaunch concept uses light gases such as hydrogen to achieve higher projectile velocities at certain temperatures — traditional gun projectiles depend on the velocity of the propellant gases.

First the company needs $500 million, Hunter told New Scientist. But he claims that the actual launch costs could beat out current rocket launch costs by a factor of 10.

New Scientist also asked the opinion of Franklin Chang-Diaz, an ex-astronaut who has developed an advanced ion engine that looks set for launch to the International Space Station in 2013. Chang-Diaz suggested that a supergun or rail gun concept might be better suited to launching payloads from the moon, where lower escape velocities are required.

After all, the recent discovery of water on the moon and the anticipation of future ice mining operations might make the moon a serious base of operations. Between that and the notion of lunar superguns delivering payloads, Robert Heinlein must be giggling to himself somewhere.