It can even track your hand movements 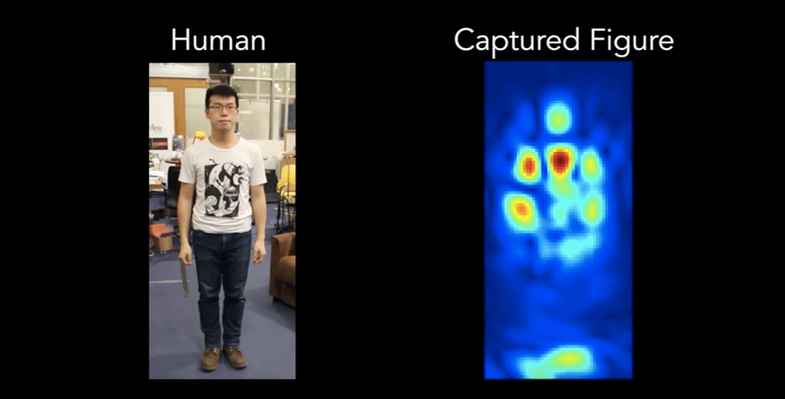 Researchers at MIT’s Computer Science and Artificial Intelligence Lab (CSAIL) are presenting a new method for seeing through walls. They call it RF-Capture, and it builds on research CSAIL has been working on since 2013. The paper was accepted to the SIGGRAPH Asia conference, which will take place in November.

RF-Capture works like this: The device contains a wireless transmitter that relays a radio signal. Then, the device’s receivers pick up the signal reflected back by the hidden body. With the data, an algorithm can then determine the silhouette of the body on the other side. And the device is also able to distinguish between different people (up to 15 different people, with 90 percent accuracy), and track motion and posture.

There are a couple of methods already for sussing out what our eyes can’t naturally see. Researchers at the University of Washington have partnered with Microsoft to develop HyperCam, which uses hyperspectral imaging. So, instead of sending radio waves, HyperCam uses visible light and near-infrared light to see beneath surfaces. It’s a technology that’s already used in industries like food safety, to determine whether something is contaminated.

And in 2014, scientists at the University of California, Santa Barbara built rescue robots, which, when working in pairs could send and receive wireless signals to determine whether anyone was inside a building.

In a press release, the lead author of the paper, Fadel Adib, calls the possibilities for applications “vast.” Indeed, they’ve already started integrating the technology into a commercial project called Emerald, which could be used to detect and prevent falls for the elderly. And it could be useful to integrate into smart homes and even gaming.

You can watch it in action here: