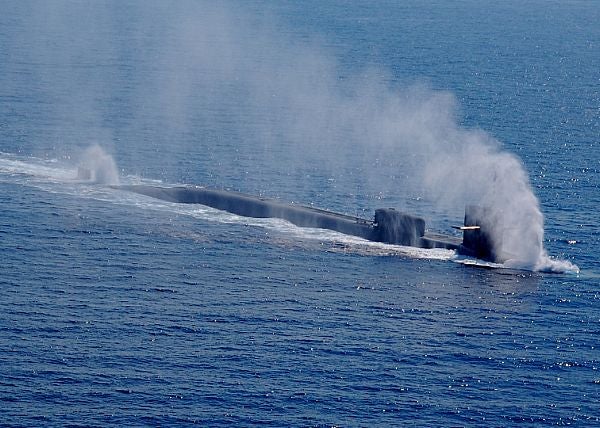 Submariners should brace for some crazy science to match those Crazy Ivan maneuvers. A physicist says that ghost-like neutrinos that pass easily through just about everything could provide a future method of communication with deep sea submarines.

Neutrinos represent the ghost particles of the physics world that typically pass through about every form of matter without a trace. That solves one half of the problem in communicating underwater, where radio waves travel poorly and even very low frequency (VLF) waves can only go so far. But it leaves open the other half of the issue in that submarines have no way of receiving communications via neutrinos.

Physicists have typically studied such particles by detecting the secondary particles or electromagnetic waves that result from rare neutrino collisions. They have also used an experiment at the Fermi National Accelerator Laboratory in Chicago to beam neutrinos more than 435 miles to a Minnesota mine, where a giant underground detector can easily pick up the muon particles that result from neutrino collisions–although even that detector has only found 730 muons over the past two years of operation.

Patrick Huber, a physicist at Virginia Tech, believes that the next generation of muon detectors will dramatically improve in sensitivity to the point where a submarine could possibly carry one. Covering a submarine hull in thin muon detector modules could possibly work, but an even easier method might involve looking for the Cerenkov light radiation left by muons moving through seawater. That large signature could represent an easier target for detection, despite interference from the usual light in an underwater environment.

There are several ifs, and yet the idea of receiving data at rates of up to 100 bits per second must sound appealing to naval forces. Submarines that want to communicate without surfacing must currently trail a long radio antenna behind them, and can only receive up to 50 bits of data per second.

But even if a neutrino communication method arises, Technology Review points out that there’s still no way for submarines to phone home in reply. So for the near future, submariners may have to settle for the usual: run silent, run deep.