Can This Game Turn You Vegan? 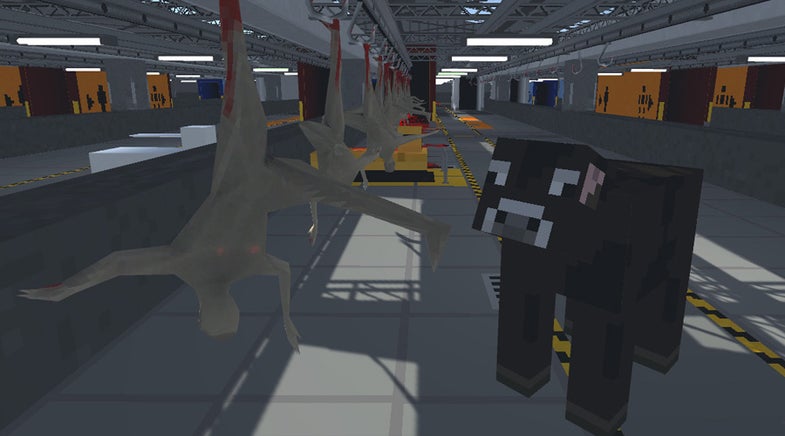 The gaming world’s depiction of human violence is usually characterized as “glorifying,” however the internet definitely has an exception to that rule now with “That Cow Game”–a minimalist slaughterhouse simulator where you play the cow.

The big change? The cow is the foreman and the people are being slaughtered.

Alexey Botkov, a game creator from New Zealand and part of the Frogshark game studio, participated in a Ludum Dare competition where designers had 48 hours to create a game by themselves with the theme: “You are the monster.”

When you consider the Jekyll-and-Hyde games that give you a sinister purpose, or make you an anti-hero in pursuit of a greater evil than yourself, Botkov’s game is definitely a foray into something new. “The idea for the project sparked from a multitude of conversations I’ve had with my friends about meat production, factory farming, [and] humanity’s relationship with animals in the modern day,” he says.“There are almost 3000 submissions and in a lot of them you control a monster of some kind. I wanted the theme to carry a self-reflective quality for the player instead of a literal representation in the game.”

The visual style isn’t anything too graphic, either. The arterial spray from the bodies is heavily pixelated and cartoonish. Your character is reminiscent of a Minecraft cow as you move around a minimalistic slaughterhouse. Botkov intentionally made the humans the only flexible and moving forms. “The contrast in the imagery is brought forth by the fleshy form of the humans surrounded by all the blocky grey machinery. Some Carnivore predators often play with their food, and so do children. In the game you can walk in and headbutt the bodies, they will flail around and it’s fun to do in a perverse kind of way. I wanted that to be the conflicting feeling. It feels somehow wrong, but it’s fun, and it’s not an uncommon feeling. People enjoy the taboo,” says Botkov, “playing with fire, getting away with things, and I find that somewhat relevant.” 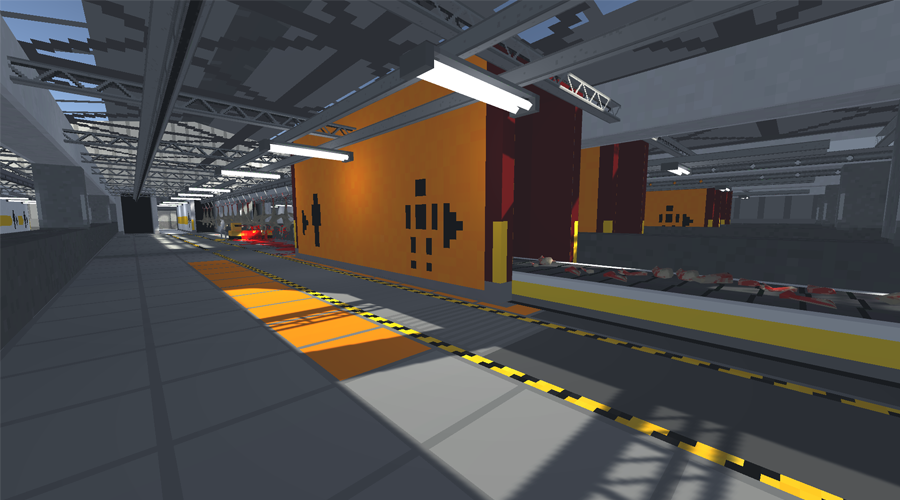 Because of the competition, Botkov was working within a short time frame, so the game certainly could have gone farther given time. He offers a bit of insight on what would have come from another few hours.

“If I was to add anything it would be sound and a variety of voices coming from the humans as you bump into them,” he says. I also didn’t intend for this to be a game in a traditional sense where you had to do stuff or achieve anything, but rather a play space that you can navigate and decide the meaning of.”

That absence of things actually does work in Botkov’s favor. As the cow (the main character), you’re really only tasked with walking back and forth along the assembly line for as long as it takes you to realize there’s nothing you can do to affect the process. Whether that moment was intentional or not, it left an unsettling feeling hanging in the air. I kept wondering: Was there something I can do? Am I missing something to stop this? 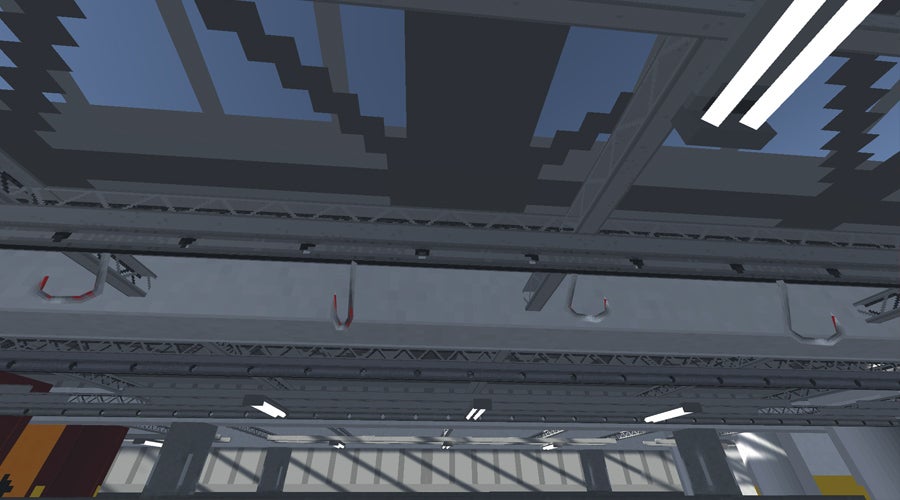 There was even a small sense of panic as I moved back and forth along the line. From decades of gaming experience, I had a sense of dread that something was coming, whether in the form of a sudden zombie-like uprising of the meat, or some sort of jump scare.

The question you’re probably asking at this point is whether Botkov is vegetarian, or vegan.

“I eat meat and I am a monster, really,” he says. “More so because I’m aware of the issues, yet I’m still complicit. I guess [with the game] I’m questioning my own relationship with the whole thing and trying to figure out what my values are.”

If that was his purpose, he seems to have succeeded. Botkov told us it’s forced a lot of discussions about the topic, and that it’s been a useful vehicle for reflection. “It can be hard to look at oneself and one’s actions in search of understanding. Creating art though, you have a thing that you’ve made, and it means something – you can ask those questions and seek your own truths that come from a mysterious place. One thing I can say is that I know more, now having made the game, than I did before, when it was still a thought in my mind.”