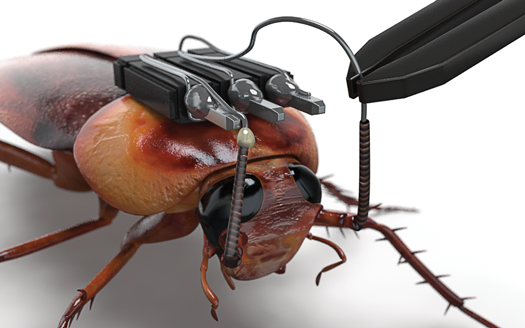 We’ve already covered their DIY project to build your very own mind-controlled cyborg cockroach, but now the North Carolina State University researchers have taken roach control to a whole new level. The team created an interface that sends a cockroach scurrying in any pre-determined direction, and they’re using an Xbox Kinect to keep it on track.

The NC State researchers created the robo-roach last year, but the Kinect is a new addition. By setting up the gaming device and pointing it toward the roach, the researchers can track the movements of the roach, and the system automatically tweak its path if necessary.

The team is eventually hoping to use the wired roaches to enter dangerous situations like collapsed buildings, areas where human crews (and hefty rescue robots) can’t reach.

Cool, although it’s probably not quite as fast as this cardboard roachbot.