How Trump’s executive order targeting social media may affect you

Prepare to hear a lot about Section 230 as the President’s battle with big tech plays out. 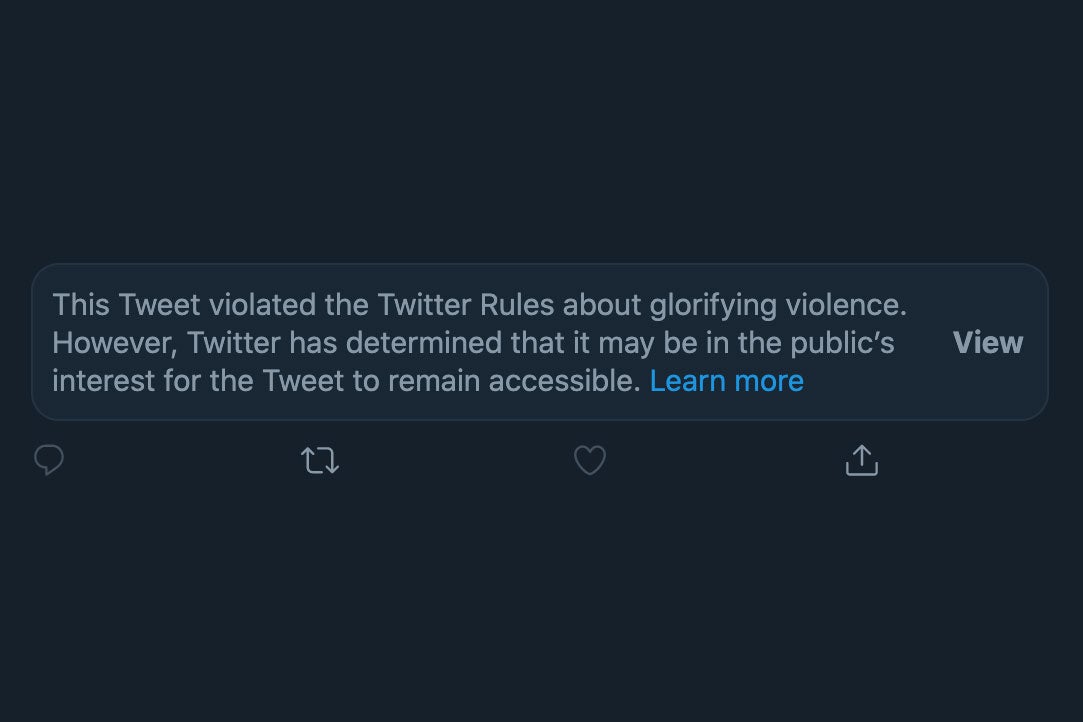 This afternoon, President Trump signed an executive order to address what he sees as a bias against people with conservative politics by removing some legal protections afforded to social media platforms. The focus of the order falls clearly on Section 230 of the 1996 Communications Decency Act, which states that sites can moderate user content without taking on full responsibility as a publisher—which has long been a controversial statute.

The issue is extremely complex, and it will play out at various levels of government in the coming months. Here are answers to some common questions about how this started, what’s happening, and what it might mean for social media users.

Why is this executive order happening?

On Tuesday, Donald Trump tweeted some negative remarks about voting by mail. Members of Twitter’s third-party fact checking program reportedly flagged the tweets as potentially misleading to readers, and Twitter added a fact checking link below the tweets in question. It said, “get the facts about mail-in ballots.”.

The president quickly accused the company of meddling in the 2020 election for adding the fact checking annotation. He made a promise to “strongly regulate…close down,” social media companies if they “silenced conservative voices.” In addition to angry tweets on the topic, the president promised an executive order regarding social media companies.

What does the order say?

The order reads, “Twitter, Facebook, Instagram, and YouTube wield immense, if not unprecedented, power to shape the interpretation of public events; to censor, delete, or disappear information; and to control what people see or do not see.” It also states: “As President, I have made clear my commitment to free and open debate on the internet.”

Those statements are difficult to reconcile, however. Twitter didn’t censor or remove Trump’s tweet, but rather added links to information about the topic in question. What started as a debate about fact checking seems to have deformed into a sweeping argument about censorship. With the restriction of Trump’s tweet about Minnesota, however, the issue has gotten even more complex.

When did Twitter start adding fact checking to tweets?

Earlier this month, on May 11, Twitter began running the fact checking labels on tweets that could spread misleading information about the COVID-19 pandemic. At that point, Twitter said it would go so far as to delete content that would spread harmful information. While the president’s tweet wasn’t explicitly about health data regarding COVID-19, the vote-by-mail initiatives have popped up in response to the pandemic.

When Twitter announced the project, it didn’t specify exactly who would be doing the fact checking, but it did say that the panel includes not-for-profit organizations, watchdog groups, and subject matter experts. On that same call, the company also made it clear that it would apply the fact check labels to users regardless of who they were.

Haven’t we heard about this censorship debate before?

Just this week, an appeals court in Washington D.C. struck down a lawsuit brought about by conservative pundit Laura Loomer. The suit claimed that large tech companies including Apple, Google, Facebook, and Twitter intentionally suppressed conservative users, which violated the First Amendment. The appellate court judge—who was appointed by Donald Trump—dismissed the case.

In fact, there have been a number of lawsuits about this same topic, though they have very rarely achieved any kind of success beyond bolstering the plaintiff’s credibility within the conservative community.

What is Section 230 of the Communications Decency Act?

“No provider or user of an interactive computer service shall be treated as the publisher or speaker of any information provided by another information content provider.” That’s Section 230 of the 1996 Communications Decency Act and its meaning has been a subject of debate for both political parties in the past. Some politicians claim it gives tech companies free reign to shape the conversations that happen online, which includes censoring some voices. Others complain that it readily absolves tech companies for heinous things that happen on their platforms, like harassment.

Despite its shortcomings, however, Section 230 is largely responsible for how many sites operate on the internet right now. It allows them to moderate content, but doesn’t hold them legally accountable for anything users may post on the site. In order for platforms to maintain protections provided by the statute, they’re allowed only to remove or restrict content that’s deemed harmful, offensive, or lewd.

What does the order say about Section 230?

A clause in the statute allows platforms to censor or delete content if it’s offensive or possibly harmful. Messing with content outside of that framework, however, would put the platform into the role of a publisher or editor and make it responsible for every piece of content that appears on the site.

The executive order demands that the attorney general, secretary of commerce, and the National Telecommunications and Information Administration petition the Federal Communications Commission to make rules that clarify the specifics of the statute. It’s an extremely circuitous route that hinges on several issues that remain unclear—including whether or not the FCC has that power to enforce such rules in the first place.

What else is in the executive order?

Earlier this year, the White House launched a tool for users to report instances of social media companies showing bias. That tool has reportedly gotten more than 16,000 reports, which the President has now tasked the Department of Justice and the Federal Trade Commission with evaluating. Unfortunately, there have been some serious accuracy and security questions about the tool and its results.

What does this mean to the internet?

There’s a lot to unpack in the executive order, which involves a host of government agencies and inevitable legal action. So, if you’re worried about Twitter disappearing tomorrow, or even any time soon, because of this, it’s OK to calm down.

Twitter has claimed it will continue to add fact checking notifications to tweets regardless of who they come from. Facebook, however, said that it won’t be fact checking political speech. One of the order’s final sections lays out a plan for individual states to form a working group in order to enforce their own laws regarding unfair or deceptive practices perpetrated by these platforms. The level of disparity between different states will, in itself, take quite some time to sort out once the group actually forms.

It will likely take Congressional action to actually change the statue itself—even Trump’s own tweet acknowledges that fact. But, it’s unclear how quickly the interim changes will take place, if at all.

Ultimately, this is going to be a long fight and, as the 2020 election inches closer, it will only intensify. The order itself hasn’t actually changed anything, but rather attempts to compel some government entities and agencies to consider taking some kind of actio—if they indeed have the authority to do so. If that sounds confusing, then you’re right.