The algorithm's grip on your social stream may be loosening. 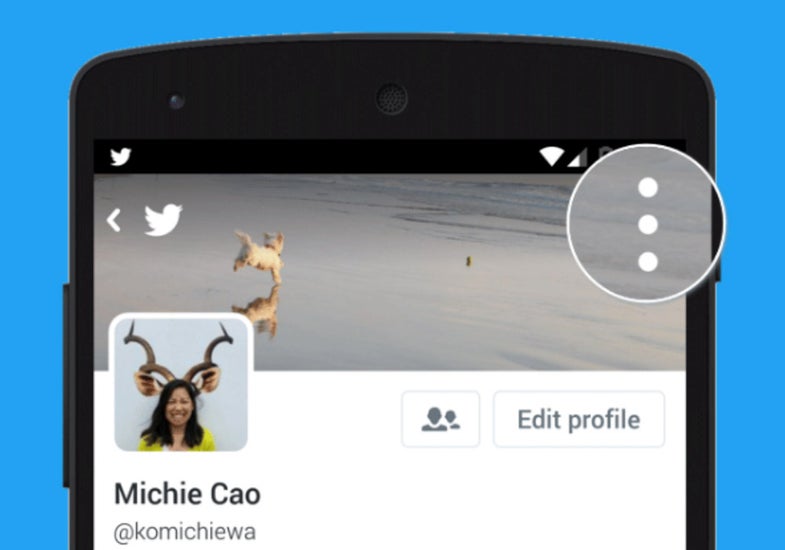 1/ We’re working on new ways to give you more control over your timeline. But first, some context: Twitter helps you see what’s happening by showing the best Tweets for you based on your interactions.https://t.co/H5nuhQy3r2/

Since 2016, following someone on Twitter has been an unexpectedly complicated affair. What was previously a reverse-chronological feed of every tweet, picture, gif, threat, misguided political opinion, or dad joke became algorithm-driven chaos designed to steer you toward tweets that would maximize engagement. Features like “Tweets you may have missed” and random tweets liked by another account you follow would show up in the stream.

It wasn’t an uncommon move at the time—Facebook and even Instagram shifted from their once-orderly ways. The algorithms had taken over social media, Skynet style.

Now, in 2018, Twitter is letting users get back to a purely chronological timeline without all of the extra stuff and reorganization injected into it.

To go back to the pre-2016 era, open up your Twitter app or go to twitter.com, then go to Settings and Privacy > Content Preferences > and turn off the toggle switch at the top.

Twitter’s official statement on the matter (delivered via blog post) says making this change will be simpler and more obvious in the coming weeks. It will likely use language like “best” tweets to try and rope you into sticking with the algorithm, but the option will be more visible without digging into the menus.

Twitter’s official reason for making the change is user demand, which makes sense since it’s likely one of the most requested features after the ability to edit tweets. However, the timing also comes just a few weeks after Twitter CEO Jack Dorsey appeared in front of two Congressional committees to talk about the company’s policies on corporate transparency

During those hearings, we found out that Twitter had “shadow-banned” roughly 600,000 people (the official term is “downranked).” AI determined those accounts may be harmful based on the actions of their followers and not necessarily the content they posted. You can read a full recap of the hearings here in case you didn’t spend that day glued to C-Span.

Dorsey said several times during the hearings that he intended to increase transparency across the company, even considering releasing transparency reports when the company did internal investigations about content removed from the service. Switching back to a purely chronological feed shifts the responsibility back to the user to curate what they see.

Back in 2015, Facebook released its own study on “Exposure to ideologically diverse news and opinion on Facebook,” It was an attempt to find out if the newsfeed algorithms were creating “echo chambers” regarding political ideas. The results were, as you might expect, mixed, but there is evidence out there to demonstrate how simple it is to fall into a homogenous social media cocoon, especially when it comes to politics.

The Wall Street Journal created an interesting interactive tool that lets you see the difference between “liberal” and “conservative” feeds.

A study from Aalto University also found politically moderate posts received less overall attention than obviously skewed to one side or the other. Obviously, Twitter users can create this kind of bubble for themselves by curating their user list, but that doesn’t mean Twitter needs to take an active role in serving it up the second you open the app.

? if you turn off timeline ranking in settings today, you’ll see all the tweets from people you follow in reverse chronological order…no “in case you missed it” or tweets the people you follow “liked”. https://t.co/F9qOg9aC22/

Should you definitely make the switch?

Not everyone is totally sold on the idea that the algorithm is bad. If you follow thousands of accounts, letting the machine pull out some you’re most likely to interact with may actually make sense. But, that may also indicate that your Twitter practices overall could use a revamp and using things like lists to organize your feed could make your experience better.

Selfishly, however, I hope this move works out well for Twitter because my one true social media wish is that Facebook would put Instagram back on the chronological feed plan. Seeing Sunday beach pictures here on Tuesday morning is really bumming me out.