How to read the news without doomscrolling through social media

Support newspapers and avoid hateful bots, all in one move. 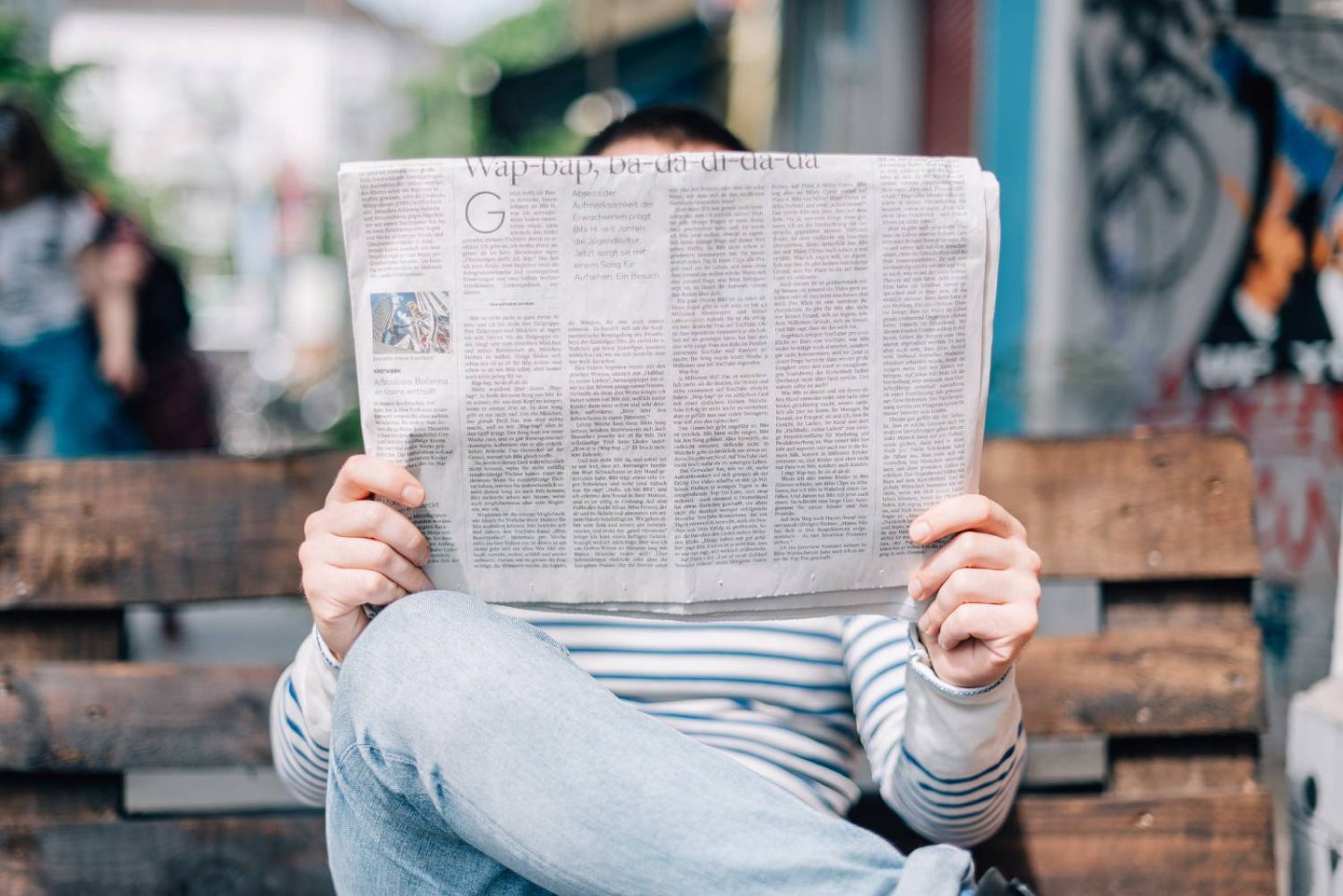 This story has been updated. It was originally published on April 20, 2020.

Social media has plenty of uses—it allows us to stay in touch with our loved ones no matter where they are and keeps us informed of what’s going on out there in the world. But even in the best of times, these platforms can be a hell-pit, where relatives rant about the latest political activity and anonymous trolls and bots turn every headline into a hill to die on.

It can seem hard to take time away from Facebook, Twitter, and Reddit if you want to stay on top of the latest news, but it doesn’t have to be. There are other ways to stay up to date on current events without relying on the hive mind. And you won’t be less-informed by using them.

By far the simplest way to get the news without resorting to social media is to go old school. Channel your grandpa and subscribe to an actual, real life newspaper—or at least the website or app of one.

Better yet—make it your local newspaper. Not only will this keep you abreast of national issues, but you’ll be able to keep tabs on what’s going on in your own town, too. It’s easy to get caught up in the big picture and forget that what happens right outside our doors often affects us more than what’s happening in the capital.

Many newspapers have a lot of articles tucked away behind paywalls. And you know what? Good. To produce well-researched, informed, and relevant stories, journalists have to be paid. Subscriptions are normally only a few dollars a month—a small price to pay for important news stories and purging a bit of social media from your life. If you really need to stay in the loop, you can even turn on push notifications for breaking news.

Reading a newspaper won’t fix all your troubles, but it will at least get you away from the Twitter hot takes. Social media’s need for people to constantly react to every headline feeds a vicious cycle. Just step back and disengage.

Really Simple Syndication, or RSS, is a system sites use to publish their content to an RSS feed. Anyone with a feed reader app, like Feedly or Inoreader, can get that content sent directly to their device without visiting any outlet’s website. It was super popular in the tech community in the days before social media, and now it’s widely used among journalists because it allows them to keep on top of lots of websites without having to open a bunch of tabs on their browsers.

Social media has taken over for most people, but RSS hasn’t gone away. Not all sites support it now, but many still do. For example, PopSci has an RSS feed you can subscribe to. So does Vox, The New York Times (which has a different feed for each section), and most big media outlets out there. If you want to find a specific one, a simple Google search will point you in the right direction.

Newsletters are good now—well, some of them

You probably read that title and cringed. And it’s true—newsletters have a pretty terrible reputation for being spammy. Over the past decade I have gotten used to clicking the “no” button any time a website asked me if I wanted to subscribe to their newsletter in return for 10 tips on doing something I never planned on doing anyway. But for all the bad ones, there are still a couple of these automated emails worth reading.

Most websites have newsletters you can subscribe to and get their most recent, popular, or relevant posts. (Here’s PopSci’s!) Sign up for the ones you like and read them once a day.

There’s also a movement towards smaller, more bespoke newsletters. They have a lot in common with early blogs but because they’re normally subscriber-funded, they have a chance at longevity. For example, if you want to keep on top of the important trends in the tech industry or the latest political developments, Ben Thompson and Matt Taibbi’s newsletters are great options.

By finding a daily—or even weekly—newsletter that’s relevant to you, you can alleviate your guilt at ignoring all the shouting and screaming on Facebook, safe in the knowledge that important information, along with excellent commentary, will make its way to you.

The problem with social media isn’t the content itself, but how you receive it—a nonstop, ever-scrollable, all-encompassing timeline that sucks you in, chews up your emotions, and spits you out.

But there’s a way to avoid this while still keeping the tweets and threads you’re actually interested in—just ditch the apps and use email. It requires a bit of setup on your part, but it’s worth it.

IFTTT (If This Then That) is the best free, automated option to check social media for you. You can create an applet that emails you the tweets from a specific account, the results of a particular search query, or a weekly digest of the top posts in a specific subreddit.

Unfortunately, you’ll need to set up a separate applet for each Twitter user and subreddit you want to follow, so unless you use the Daily Digest feature, you could quickly end up buried in emails. The other bad news is that this strategy doesn’t work with platforms such as Facebook and Instagram, which only let you trigger automations based on your own posts.

My personal choice is Mailbrew (three free weekly newsletters, or upgrade to unlimited for $5 per month). The service helps you create daily or weekly digest emails from sources like Twitter and Reddit and can send you a summary of the top tweets in a Twitter list. I’ve created a list of all my close friends and Mailbrew emails me every evening with anything they’ve tweeted that day. It means I can stay in touch without actually entering the platform.

Adding extra sources of news to your daily routine won’t totally get you off social media—or cure the anxiety it may generate. To do that, you’ll need to go a little further.

First, turn off your notifications—especially for social media apps. They will be a constant reminder of what you’re supposedly missing, and you’ll eventually get dragged back into the never-ending scrollable turmoil. It’s a great idea to turn them off completely, but if the thought is already making your heart race, you don’t have to go cold turkey—just turn off as many notifications as you’re comfortable with and see how that works for you.

Second, set certain times throughout the day to check the news. You don’t want to redirect your incessant scrolling from Reddit to Reuters. My girlfriend and I check the headlines three times a day: once after breakfast, once after lunch, and once after dinner. We give it a couple of minutes and that’s it. We stay connected, but we don’t refresh breaking news.