IBM Watson Can Now Help You With Your Christmas Shopping

Big data to the rescue! 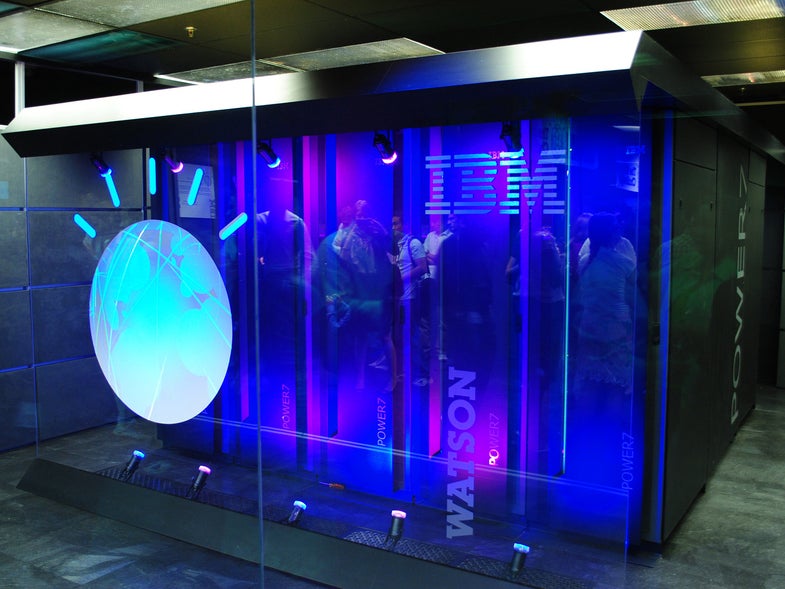 The supercomputer that won Jeopardy! is now available to anyone. IBM expanded its developer ecosystem for Watson by adding advanced language, speech, and vision capabilities, making it easier for partners to tap into Watson's cognitive-computing abilities to solve problems. Wikimedia User Clockready
SHARE

IBM released a new app today that answers all of your burning questions about holiday shopping trends. It’s called the IBM Watson Trend App and it’s available as a free download from the Apple Store. The app is part of IBM’s push to spread the Watson knowledge via the API.

In a slightly creepy way, Watson has been watching you. It has been monitoring tens of millions of online conversations on social media, and in the comments–yes, Watson reads the comments–as well as other forums, blogs, and websites. Its goal though is not just to snoop. Watson wants to understand how consumers feel.

Watson uses machine learning and natural language processing to determine how much people like or dislike a certain product or brand. Then it goes one step further and uses that knowledge to predict trends. So what has Watson decided is trending? Here are a couple of things of note:

Beyond what people are shopping for, Watson also pays attention to how people are shopping for it. The predictions are rosy for mobile shopping. Watson thinks that mobile shoppers will overtake desktop shoppers this holiday season, and this will surge particularly during Thanksgiving. No, dad’s not texting under the table, he’s just trying to snag you a new pair of running shoes.

Now, you can browse the top 100 products, according to Watson, in consumer electronics, toys, and health and fitness–and plan your holiday gift-buying accordingly.