The undersea robot has a fittingly fierce name. 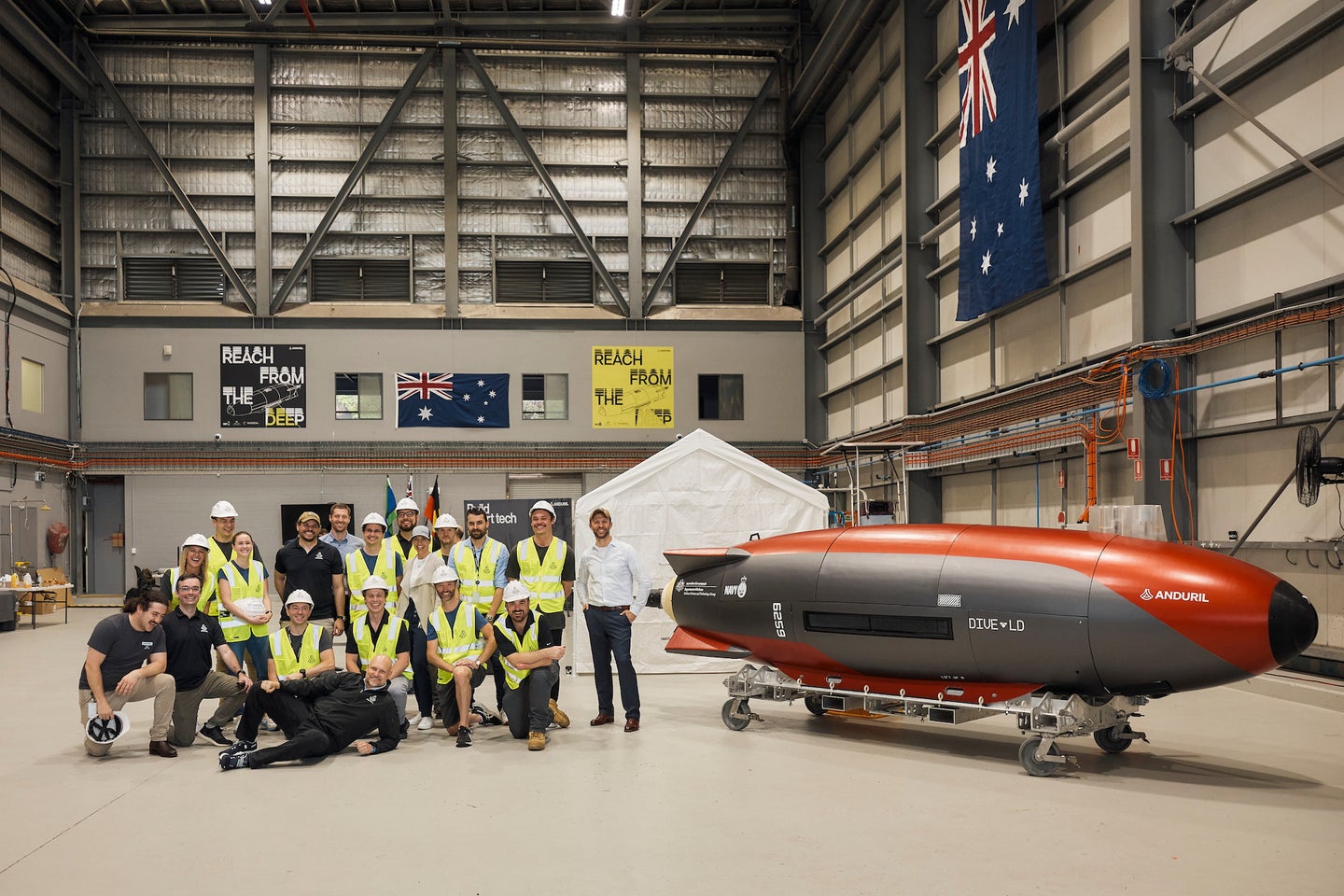 On December 12, Australia announced the name of its latest robotic submarine: the Ghost Shark. This vessel, which is being developed by both Anduril and Australia’s Navy and Defence Science and Technology Group, is designed as a large, underwater, autonomous machine, guided by artificial intelligence. The Ghost Shark will be a stealth robot, built for future wars at sea.

In picking the name, the Royal Australian Navy chose a moniker that conferred both stealth, and paid tribute to the wildlife of the continent, or in this case, just off the coast of the continent.

“Ghost Shark’s name comes about from actually an indigenous shark that’s found on our southern waters, indeed it’s found in deeper waters, so it’s quite stealthy, which is a good corollary to the stealthy extra large autonomous vehicle. It also keeps that linkage to the Ghost Bat, the MQ-28 program for the Air Force, which is also another quite stealthy autonomous system,” said Commodore Darron Kavanagh of the Royal Australian Navy. (Ghost sharks, the animals, are often consumed as part of fish and chips.)

The Ghost Bat drone fighter, or MQ-28 he referenced, is another recent initiative by Australia to augment crewed forces with robotic allies. While a jet is bound by the finite number of hours it can stay airborne, a robotic submarine, freed of crew, can endure under the sea for a long time.

“They have the capacity to remain at sea undetected for very long periods, carry various military payloads and cover very long distances,” Rear Admiral Peter Quinn said in a release. “The vessels will provide militaries with a persistent option for the delivery of underwater effects in high-risk environments, complementing our existing crewed ships and submarines, as well as other future uncrewed surface vessels.”

“Effects” is a broad term that refers to all the ways a vehicle, tool, or weapon can make battle easier for one side and harder for its enemies. “Kinetic effects,” for example, are the missiles, torpedoes, and bullets that immediately come to mind when people think of war. But effects can include other tools, like electromagnetic jamming, or a smoke grenade detonating and creating a dense cloud to hide the movement of soldiers.

Underwater, those effects could be direct attack, like with torpedoes, or it could be sending misleading sonar signals, fooling enemy ships and submarines to target a robot instead of a more powerful crewed vessel.

In May, Anduril announced it was working on Extra Large Autonomous Undersea Vehicles (XL-AUVs) for the Royal Australian Navy, which is what is now known as Ghost Shark.

“It is modular, customizable and can be optimized with a variety of payloads for a wide range of military and non-military missions such as advanced intelligence, infrastructure inspection, surveillance, reconnaissance and targeting,” read the announcement.

In this instance, its job could include seeing enemy vessels and movements, as well as identifying targets for weapons fired from other vehicles. One of the most consistent promises from autonomous systems is that, by using sensors and fast onboard processing, these machines will be able to discover, discern, and track enemies faster than human operators of the sensor systems. If the role of the Ghost Shark is limited, at least initially, to targeting and not firing, it lets the robot submarines bypass the difficult questions and implications of a machine making a lethal decision on its own.

At the press conference this month, Quinn told the press that adversaries will have to assume that a Ghost Shark is not only watching their movements, but “is capable of deploying a wide range of effects — including lethal ones,” reports Breaking Defense. If the Ghost Shark is to be an armed robot, it will raise difficult questions about human control of lethal autonomous machines, especially given the added difficulty of real-time communication under water.

The Ghost Shark is just one of a growing array of large underwater drones in development by a host of nations. In the chart below, the XL-AUV references the original name for the Ghost Shark.

Before the Ghost Shark can reach the extra-large size it’s intended to have, Anduril is developing the concept on an existing robot submarine it already makes, the smaller Dive-LD. At the naming announcement, a Dive-LD with “Ghost Shark” on the side was on display, highlighting how the program will flow from one into the other.

The Dive-LD is smaller than the XL-AUV (or Ghost Shark) will be, with its 5.8 meter length between 4 and 24 meters shorter than the final design. It still is a useful starting point for developing software, techniques, and testing payloads, all with the intent of scaling the robot up to the size needed for long lasting and deep operations.

The company boasts that these submarines can operate for up to 10 days, with room to expand that endurance, and can operate at depths of up to 6,000 meters below the surface.

Watch a video about the Ghost Shark, from the Australian Department of Defence, below: