The small dcbel appliance lives in your garage and manages every aspect of your energy usage. 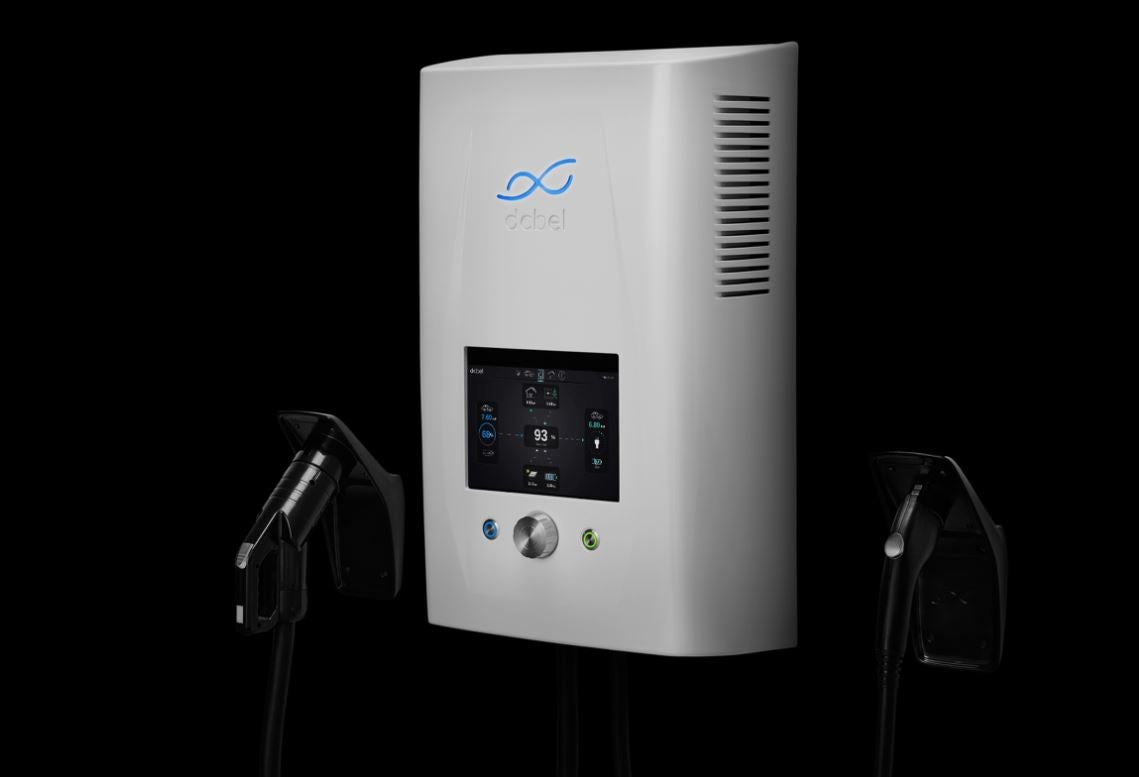 It sits on the wall of your home. dcbel
SHARE

It takes a number of complicated steps to get energy from the solar panels on top of a roof down into the power-hungry devices in the home below. That usually includes converting that electricity from direct current (DC) into the alternating current (AC) that a typical home requires. Electric vehicles, however, rely on direct current, which means that ideally, there should be a fast, direct patch between the two when it’s time to power up your car. Unfortunately, it’s not that simple, and DC charging options for the home are currently very limited. Now, however, a Montreal-based company is trying to streamline that connection with its whole-home energy management system called dcbel.

In brief: it’s a box that sits on the wall in your garage and connects your car to the house. From a hardware standpoint, the dcbel r16 has an LCD display on the front, as well as two EV power connections that users can customize depending on their EV model. It requires professional installation into your home’s energy system, at which point it can manage power coming from both the grid and solar panels.

Because it can pull DC power directly from solar panels, it can technically reach much faster-charging speeds in many situations. While AC/DC conversion tech has gotten much more efficient in recent years, totally skipping that often unnecessary step offers an upgrade in terms of speed and efficiency.

EV batteries give back

It’s also a bidirectional charger, which means it can act as a two-way bridge between power supplies and an electric car’s battery packs. Right now, there are only a few EVs on the market that support this kind of power distribution, including the Nissan Leaf and the Mitsubishi Outlander.

According to dcbel founder Marc-Andre Forget, however, that’s more of a software problem than anything else for the moment. “Most EVs on the market are already compatible with bidirectional charging using the DC circuitry of the car,” he told PopSci during a phone interview. “The missing piece right now is more of a digital communication problem.”

Once more cars come capable with bidirectional charging, their massive batteries can act as backup generators during emergencies, or even simply supplement a home’s energy usage for when pulling from the grid would be particularly expensive.

[Related: What to know before buying an electric car]

Because dcbel ties into the grid, it can take advantage of real-time information about a particular household’s energy usage and try to optimize power flow accordingly. For instance, Texas offers real-time energy pricing directly to consumers. However, it’s unlikely that people actively check it in order to guide their power consumption. A device like dcbel can actively track the price and charge an EV’s massive batteries during off-peak hours when the grid is much calmer and prices are lower. Ideally, the result is that your power bill is lower.

Because dcbel is connected and runs applications, it can make adjustments on its own, or it can alert users when prices and usage get particularly high via SMS. It’s part of a more holistic approach to how the company monitors usage. The dcbel device analyzes solar input, the grid, EV batteries, and other stationary batteries as part of a bigger system that it can optimize using AI.

When can you get it?

The company is currently ramping up production on dcbel devices and plans to have them in customers’ hands later this year. The device itself starts at around $6,000 and requires professional installation on top of that. However, the company expects the device to last 15 years or more thanks to its modular nature and connectivity; it can get updates over-the-air to add new features and increase efficiency. Plus, the company plans to release apps to add specific functionality on an a-la-carte basis. Some of the hardware is also upgradeable–if a person switches from a current-generation car with a CHAdeMO charger to a newer model with a Combined Charging System (CCS) port, the company can swap out the connector.

Because the device doesn’t have backup battery storage built-in, users can also swap out the types of stationary storage they use. So, it’s simpler to upgrade or just add more capacity over time. The company’s founder, Forget, however, believes that EVs may alleviate the need for stationary backup batteries completely for some people. “You have this big battery sitting in your driveway that you can tap into when you need it,” he says. Depending on your usage, a typical EV has enough juice to power a typical home for more than 10 hours. That’s a distinct upgrade from having to sit in the car with your phone on the charger as you wait for the power to come back on.