An inside look at how fiber optic glass is made

At Corning’s Wilmington, North Carolina factory, high temperatures and intense chemistry turn silica into the backbone of the internet. 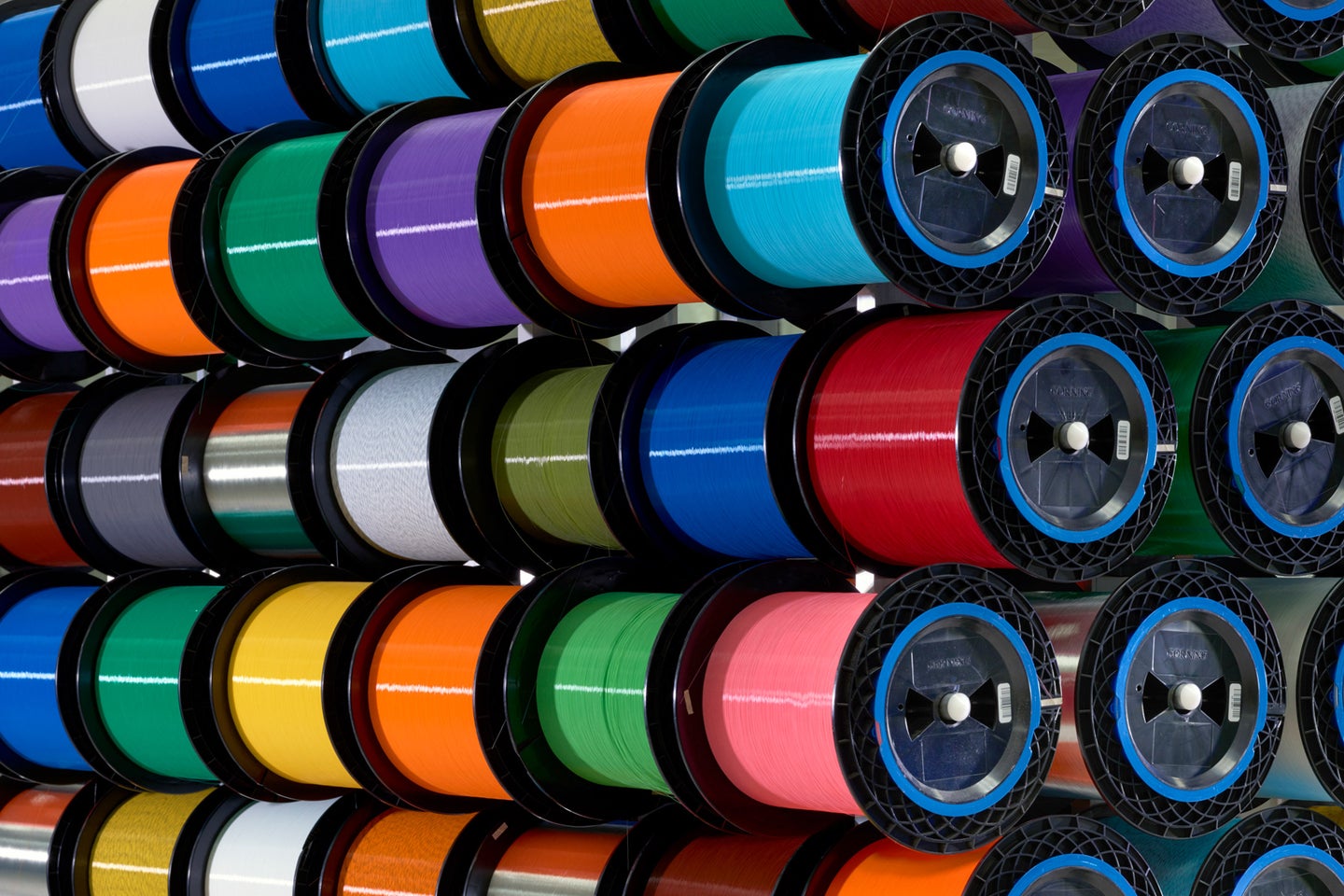 Fiber optics helped bring this article to whatever device you’re reading it on. The tiny strands of ultra-clear glass play a crucial role in just about everything that happens on the web—from connecting massive data centers to delivering The Mandalorian to your TV. And with broadband usage up by more than 40 percent in some areas during the pandemic, those fast pipes are more essential than ever.

This year, the discovery that made all this speedy data-sharing possible turns 50. In 1970, a group of scientists working at glass manufacturer Corning came up a method to make pure silica glass, allowing signals—emails, websites, Fortnite sessions—to traverse the 125 micron-thick strands as pulses of laser light with unprecedented efficiency. The messages travel long distances far faster and more cost effectively than similar pings over copper wires, which underpin conventional landline phones and cable hookups.

For decades, the same Wilmington, North Carolina factory has churned out the fiber. The strands they produce bundle together into the wires that make up everything from trans-Atlantic undersea cables to the internet cord coming into your home. 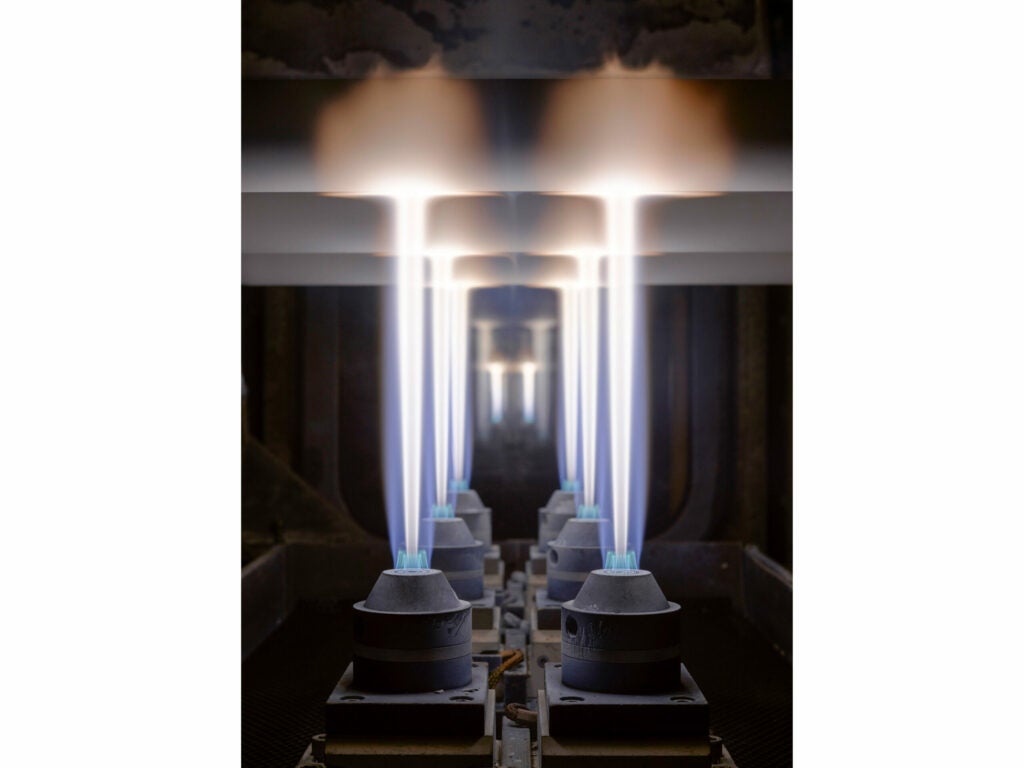 Laying down the particles

Simply melting sand, which is mostly silica, will make glass, but that gritty stuff won’t get the kind of optical purity needed to ping light around the globe. So Corning makes its own pure silica. To form what’s called a “blank”—aka, the rod that will eventually stretch into a fiber strand—flame jets blast fiber’s core elements from reservoirs. The resulting particles, known as soot, land on spinning ceramic rods, accumulating like a snowball. A second layer with a slightly different chemical makeup creates a reflective barrier that will prevent photons from escaping as they bounce down the pipe, which acts as a waveguide. Corning calls this part of the manufacturing process the “laydown.” 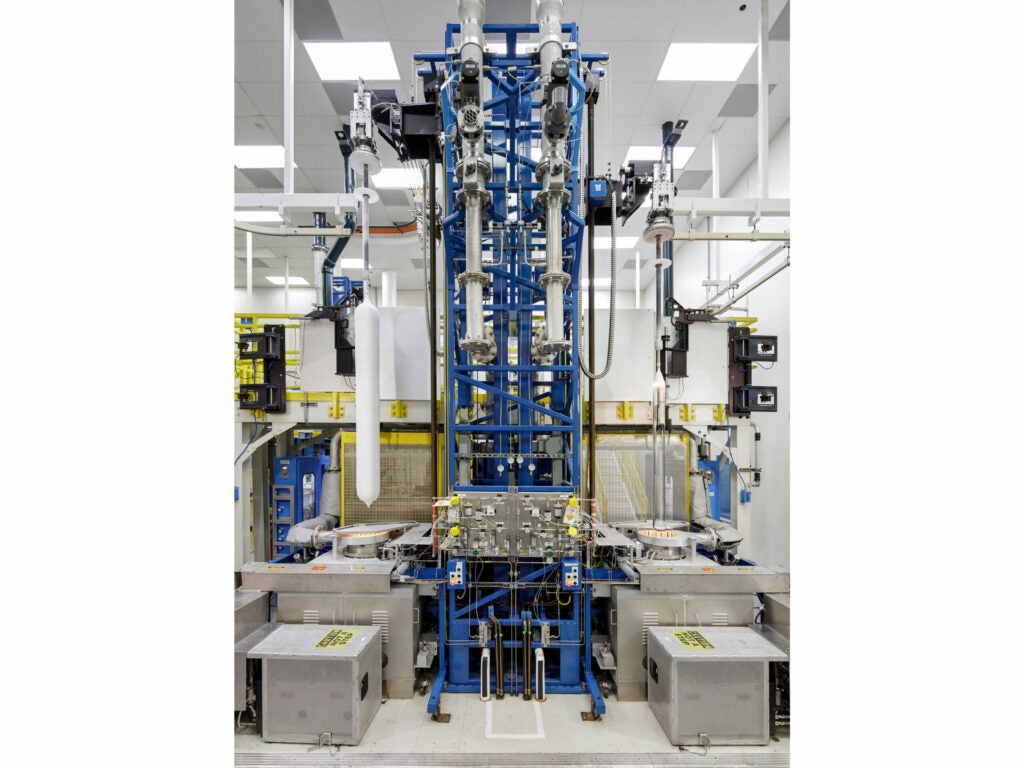 A furnace bonds the particles together into a solid piece.

The blank rod (suspended at the left) looks more like a huge stick of chalk than a pristine chunk of glass. The soot has adhered in layers, but the overall structure is very porous, and the molecules haven’t fully bonded to one another. From here, a robotic mechanism will dip each cylinder into a screaming-hot furnace for several hours to cook and clarify. 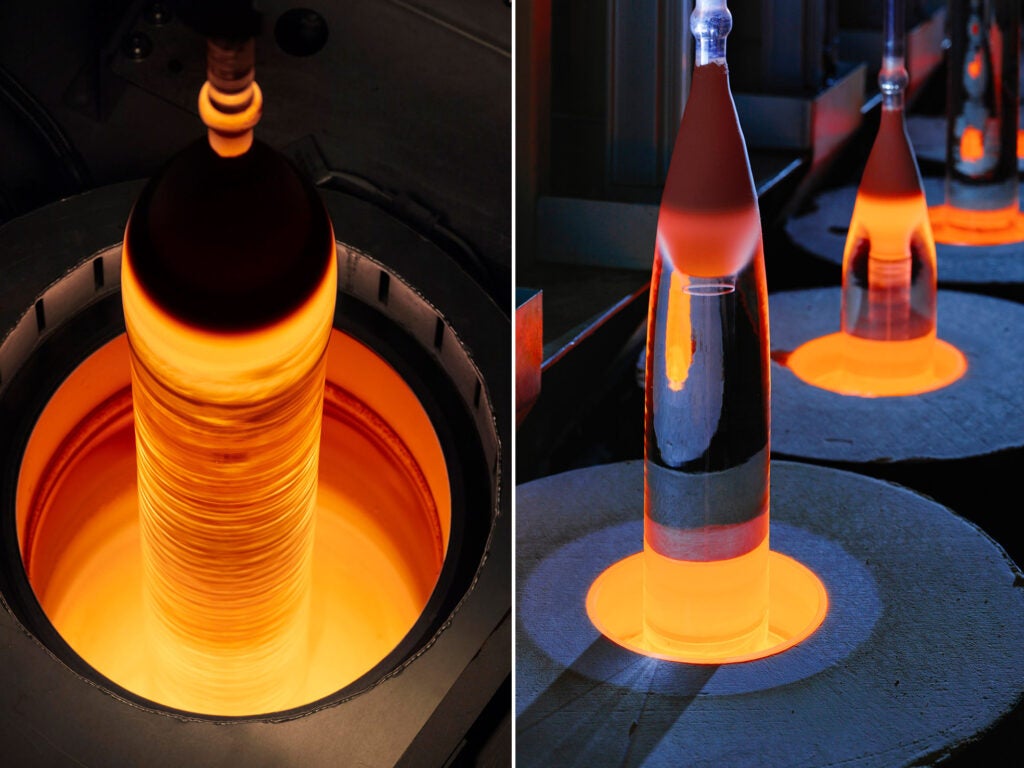 [Left] An unfinished blank going into the furnace. [Right] The blanks emerge from the furnace clear.

Corning refers to the cooking process as consolidation. While the blank entering the furnace at the left appears cloudy, the one emerging on the right is a solid, clear mass. The heat bonds the silica molecules tightly together, making the glass dense and free of impurities that might impede its ability to transmit light. Corning removes the ceramic rod originally used to collect the soot, and the hole it leaves behind closes up as the material melts. The end result has the same optical properties as a thin fiber strand, but on a much larger scale. 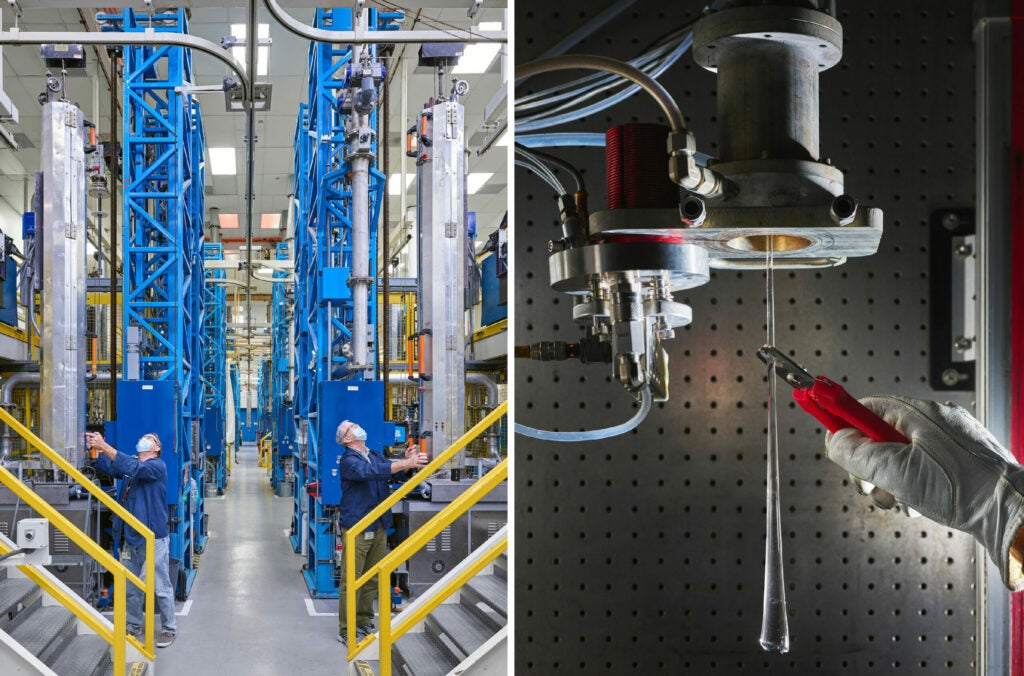 The draw phase melts the blanks, which lengthen into long strands [right] as they travel through the machinery [left].

To stretch the thick glass tubes into ultra-thin strands, the machinery on the right heats the cylinders to roughly 2,000 degrees Celsius. (For comparison, typical window glass melts at a paltry 600 degrees celsius.) A thick gob forms as the substance melts and gravity pulls the substrate down several stories through a tube while sensors monitor its temperature. At the bottom, a machine—or, sometimes a human—snips off the gob to ready the fiber to be spun onto reels. 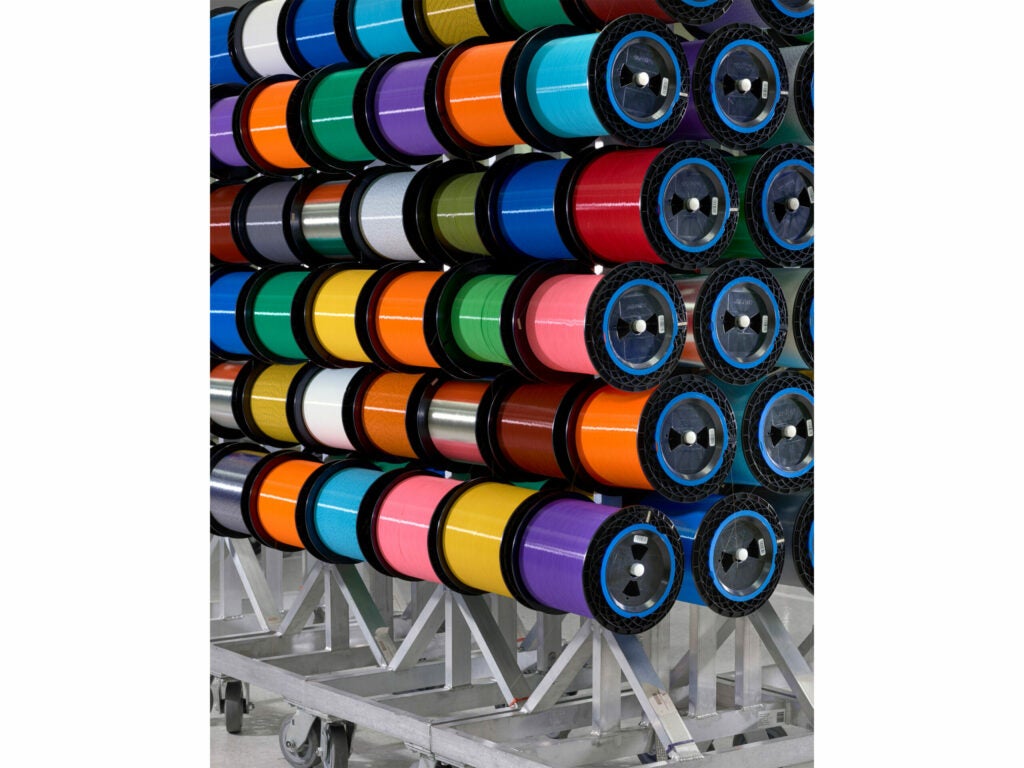 Each type of fiber is color-coded for simple reference.

The finished product gets sheathed in colored polymers before machines reel it onto coils. Because a fiber-optic cable contains dozens or even thousands of strands with subtly varying properties—and therefore different tolerances for, say, bending into a 90-degree angle—the hues give technicians and cable makers a simple, visual method for identifying each type. A wire in your home, for example, may include 72 strands, while the one slinging data across the Atlantic could have more than 5,000.