Amazon, NVIDIA, and others on board to automatically map the world 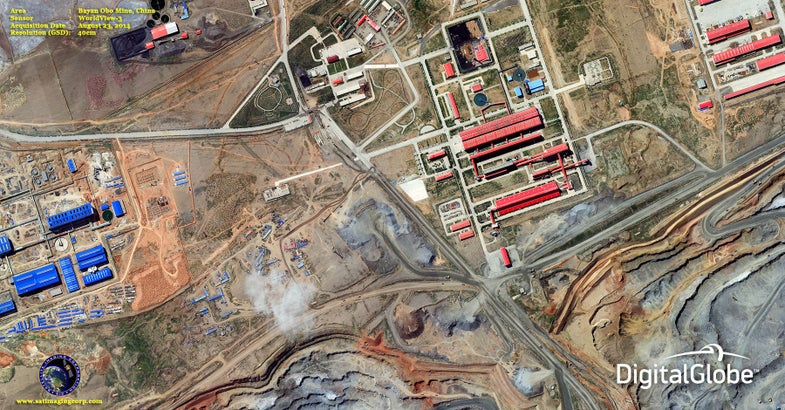 On a clear day, the sky hides nothing from space.

For more than half a century, spy satellites have circled the globe, taking pictures of the world below. First launched by the United States and the Soviet Union as ways to keep tabs on each other, satellite photography progressed from a state secret to a common mapping tool, with public photos taken from space available to anyone with an internet connection. But what if satellites did more? What if, instead of just showing us what the world looks like from above, they interpreted those images to identify buildings and other objects?

The CIA, hardware firm NVIDIA, online infrastructure company slash retailer Amazon, and satellite company DigitalGlobe are working on an artificial intelligence that not only sees the world below, but automatically interprets it. They’re calling the project SpaceNet.

Right now, extracting information from images is a human task, where analysts or researchers pore over photos and do their best to label structures and other things they see. If an artificial intelligence could be trained to identify the buildings and other objects on its own, it’s likely that map annotation would be much easier for humans, and able to cover much more of the globe, than whatever particular project a human team is working on at a time. And, with satellites updating their images of the earth below with every new photo they take, the changes in labels between pictures could be a good way to track changes happening on the ground below.

It’s sort of obvious why the CIA wants this; spy agencies were at the forefront of satellite imagery. So what’s in it for Amazon? Well, Amazon is a logistics company as much as it is anything else, and if it can identify buildings clearly, future delivery vehicles could navigate improvised roads or alternative routes to new construction. And that could extend not just to Amazon, but to other companies, like trash pickup services. The satellite photos used are precise enough to see new garbage piles, and it’s easy to imagine a city government with this information sending cleanup crews to get rid of new hazards (and maybe then set a trash route for the area).

The SpaceNet project right now just has a small focus, relative to the entire globe, but if SpaceNet can train machines to map Rio de Janeiro accurately, it’s a good first step to making a track changes for the surface of the earth.