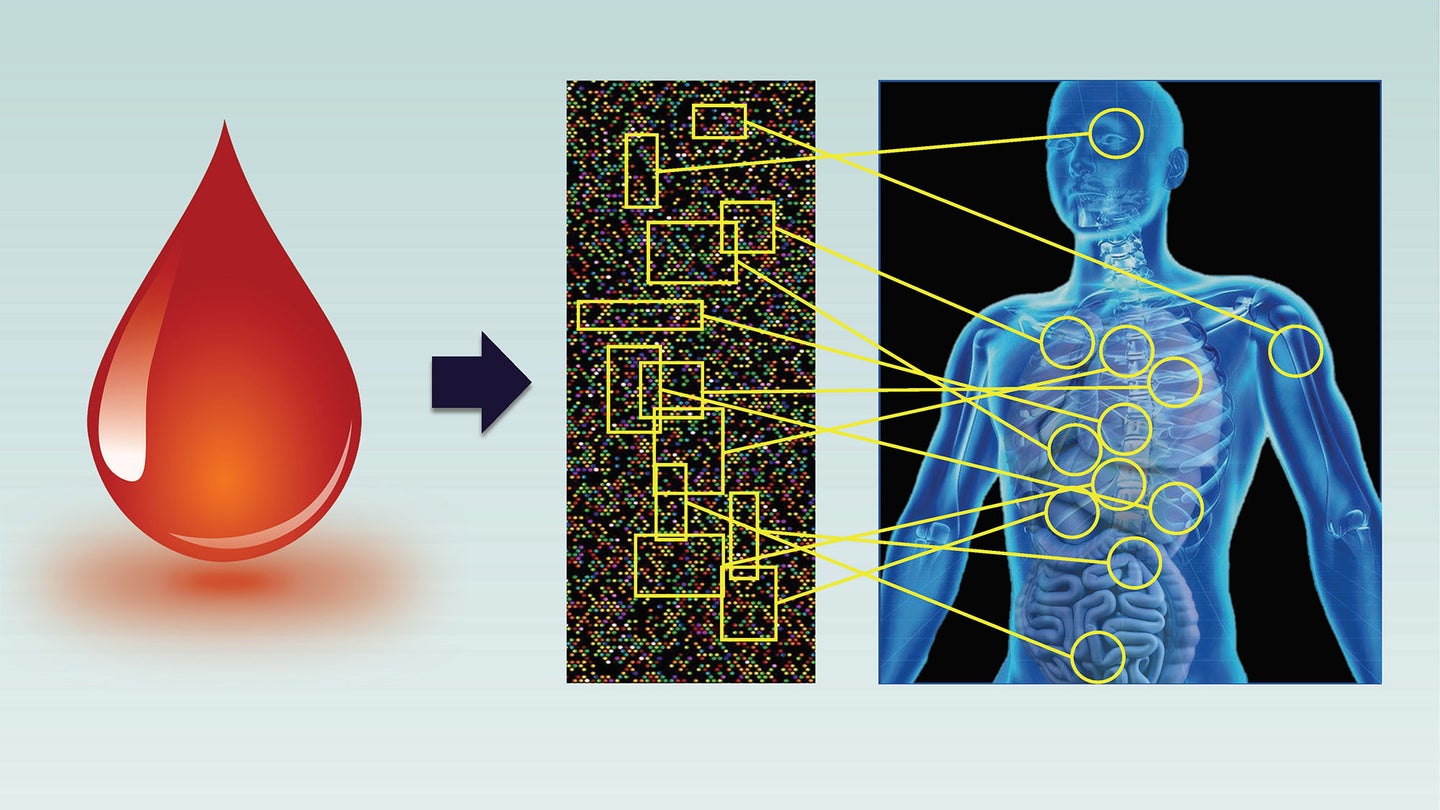 Cracking the human genetic code at the start of the century was a scientific breakthrough that promised to revolutionize medical care. And while it did lead to more targeted approaches to medicine—and certainly spawned a lucrative DNA testing industry—it’s become increasingly clear that the genome is not the crystal ball for predicting future health that the medical world hoped it would be.

Genes don’t change radically throughout a person’s lifetime, while an individual’s propensity for disease is continually changing—affected on a daily basis by interactions with a wide array of factors such as diet, exercise, stress, and medication. Genes can tell whether a person is predisposed to getting a particular disease, but human proteins may do a far better job assessing what’s going on in the body at any given time, and where a person is on the path to disease development.

So why all the focus on genes and not proteins? The answer is complexity and volume. For a comprehensive view of a person’s health, thousands of proteins and their concentration levels need to be measured simultaneously. Until recently, the technology and computing power to accomplish that feat did not exist. Now it does. Biotech company SomaLogic has spent 20 years developing a protein scanning platform that can measure some 5,000 proteins for disease indicators within a single blood sample. It uses protein seekers, called aptamers, that have been modified to find and bind with certain proteins in the sample, and then light up any disease-specific patterns using sophisticated machine-learning algorithms.

“The ability to accurately measure thousands of proteins at once and translate those patterns into usable health information is a huge step forward in care,” said Roy Smythe, M.D. and CEO of SomaLogic. “Based on protein test results, physicians can assess a patient’s current health status and their trajectory toward disease, information that can help determine which preventive or additional treatments are needed. It is also a clear motivator to get patients to make lifestyle and behavioral changes that could help prevent disease.”

There are currently a number of physician practices in the United States using these protein tests to assess their patients’ cardiovascular and metabolic risks. Plus a recent partnership with NEC Corporation, a leading Japanese information company, will make the tests available to Japan’s general population beginning this fall through a joint venture known as FonesLife.

In the not too distant future, there is also the possibility that this technology could lead to a very different approach to medical care. A study published last year in the peer-reviewed journal, Nature Medicine, points to the potential for a “liquid health check” to replace many of the current testing methods used for assessing health status and disease detection. That includes tests regularly done during yearly physicals and follow-ups, such as ultrasounds and stress tests when specific health issues are suspected. The research showed that these large-scale protein measures from one blood sample have the potential to someday be used as the single source of information to determine 11 different measures of a patient’s health. The research also indicated this method may be better at predicting future cardiovascular events and diabetes development than the common lab tests currently available.

Technological advances in protein assessment may finally offer people something of a medical crystal ball.