The next question is whether the same treatment will work in humans. 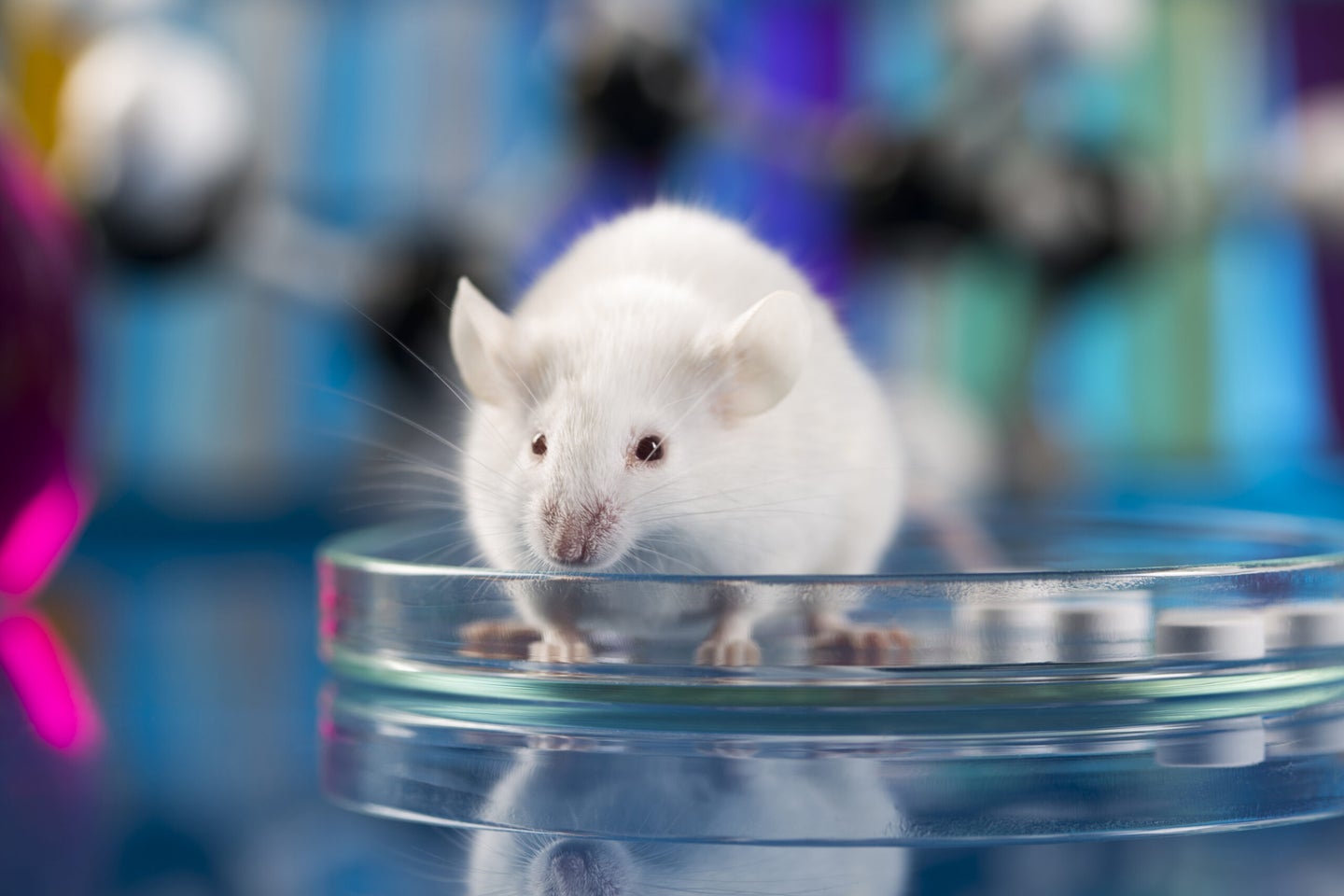 In 2016, to the surprise of Alzheimer’s disease researchers across the world, a team at the Massachusetts Institute of Technology found that setting mice in front of a blinking light could clear out the characteristic protein plaques thought to be one of the roots of the disease. A recent follow up study found that sounds played at a particular frequency clearned plaques and improved cognition, as well.

The treatment was thought to work because the lights and sounds, which pulse at 40 flashes per second, trigger the neurons in mouse brains to fire in patterns called gamma oscillations. People with Alzheimer’s disease have a decreased number of these neural fluctuations, which are tentatively associated with concentration and cognitive processes like perception. Why the oscillations may change Alzheimer’s symptoms in mice, though, is still under investigation.

In a new study out this week that builds on that past work, the team found that the light pulses and gamma oscillations protect against neurodegeneration and change the expression of genes involved with inflammation and neuron health in the brains of mice. “We demonstrated very clearly, in two different mouse models of neurodegeneration, that this is very neuroprotective,” says senior author Li-Huei Tsai, director of the Picower Institute for Learning and Memory at the Massachusetts Institute of Technology.

The research comes with the usual caveats that mice are not people, and while genetic modification make their brains look similar to brains with Alzheimer’s, mice don’t actually get the neurodegenerative disease. The study used two types of genetically modified mice to test the effects of light: CK-p25 mice, which experience progressive loss of neurons and cognitive impairment, and Tau P301S mice, which develop protein tangles similar to those seen in people with Alzheimer’s disease.

In the study, the Tau P301S mice exposed to one hour of light stimulation each day for 22 days had reduced levels of neurodegeneration compared to the rodents that did not, and CK-p25 mice exposed to the stimulation for six weeks had less neuron loss than those that did not. In addition to helping neurons survive, the treatment reduces the loss of connections between neurons, called synapses.

“This really broadens the applicability of the approach beyond Alzheimer’s,” Tsai says. “We know the damage to brain cells and loss of synapses happens in many different neurological diseases,” like Parkinson’s disease.

The study also looked at changes in gene expression—which means our DNA tells the body to produce specific proteins that then generate physical behaviors and characteristics—in the brains of mice exposed to the light stimulation. “Based on the kinds of genes that showed changes, we get further insight into what kinds of pathways are modulated by the gamma oscillations,” Tsai says. They found that treatment meant the microglia, the main immune cells in the brain, did not produce the same amount of certain inflammatory proteins that can lead to cell damage. The specific types of genes, though, were different between the different mouse models. In neurons, the treatment increased the expression of genes associated with cellular transport (which helps clear junk from the brain) and DNA repair, among others.

“We are fundamentally changing the cell biology of the neurons, making them more functional, making their synaptic function more enhanced,” Tsai says.

Tsai co-founded a company, Cognito Therapeutics, which developed a system called GammaSense Stimulation—which consists of glasses with flickering lights on the inside, paired with headphones—to provide the light and sound frequencies. Clinical trials testing the systems in people are currently underway, and Tsai says she hopes they’ll have preliminary data in the next year. She notes, though, that dozens of treatments for Alzheimer’s disease that seem promising in mice don’t go on to work for humans. “Mice are very different from humans,” she stresses.

The mouse models used in research often each only offer a sliver of what the disease actually looks like and causes in humans—one may express tangles, while another may have high levels of one specific gene, for example. “We still don’t know enough about the disease in humans to take a very reduced model and think curing this model will then work in humans,” Tsai says. In an effort to respond to that problem, she says, their team tries to test their treatment in as many models as possible.

“I have no idea what kind of impact, if any, this is going to make in human subjects,” Tsai says. “However, all we can do is try our best to design as comprehensive an experiment as we can, with our minds wide open to think about all the reasons why this may or may not work.”