The Olympic sport most likely to kill you

It's probably not skeleton. 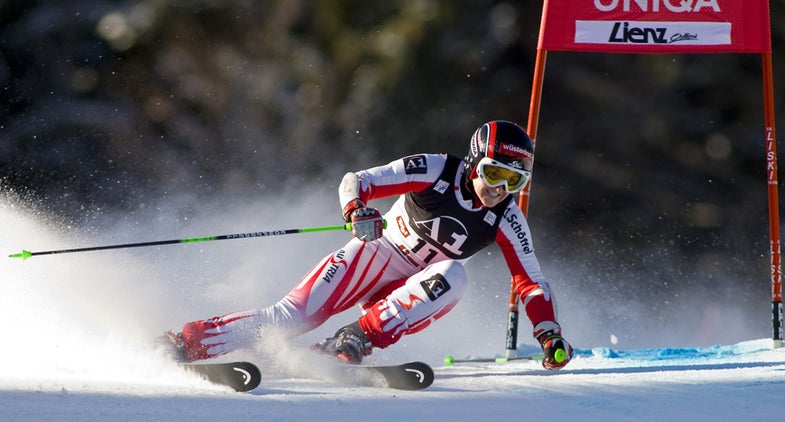 Watch a few minutes of Winter Olympics and your knees or ankles might start hurting. Winter sports are notoriously tough on the joints, from skis and snowboards that can tweak legs to the tendon-shredding, cartilage-endangering feats of figure skaters. But which sport is most likely to kill you? Luckily, there aren’t many actual deaths on record to help answer that question. But it’s not like no one has ever died in pursuit of Olympic gold. In 1964, both a luger and a downhill skier perished during practice runs, and after a Swiss speed skier crashed into a snow machine and died while preparing for a demonstration event, the sport never came back to the Olympics. The most notorious death in recent years took place in one of the Winter Games’ most hair-raising sports, luging. In 2010, Nodar Kumaritashvili, a Georgian athlete from a dynasty of successful lugers, died when his sled was thrown off the track. Twenty-one-year-old Kumaritashvili, who was traveling over 89 miles per hour at the time of the accident, was no match for the support beam he slammed into. The International Luge Federation’s final report concluded that it was an accident and that Kumaritashvili, a relatively young athlete, was partly to blame. They later redesigned the track with higher walls and padded beams, and it’s now meant to limit luging speeds to just about 87 miles per hour.

It stands to reason that the sports most likely to kill you already have high death tolls off the Olympic stage. But “high” is a relative term when it comes to winter sports.

A 2015 paper published in the European Journal of Trauma and Emergency Surgery analyzed entries in a combined trauma database covering Germany, Austria, Switzerland, Finland, Slovenia, Belgium, Luxembourg and the Netherlands—all places where winter sports are prized. The database included entries for athletes who presented at emergency rooms with severe traumatic injuries between 1993 and 2012.

Alpine skiing claimed the most lives in the database—6.4 percent of people hospitalized—followed by 3.4 percent of snowboarders. While sledding resulted in plenty of emergency surgeries and concussions, it didn’t result in any deaths. The researchers concluded that Alpine skiing, snowboarding, and sledding all involve the risk of severe trauma, but that mortality from the sports (at least in the hospital) is low.

According to the National Ski Areas Association, an average of 40 people have died while skiing or snowboarding at a ski area in the United States per year over the last decade. Another 48 receive catastrophic injuries per year, and during the 2016-17 season, 0.80 fatalities occurred per one million visits. But fewer people died skiing or snowboarding at ski areas in the U.S. than, say, in airplanes, being struck by lightning or caught in a tornado, or falling off ladders.

There are a few factors that could make you likelier to die at the Olympics: partaking in risky behavior or being male. Both are associated with death risk when it comes to skiing and snowboarding. A 2011 study of Austrian ski fatalities found more than 85 percent of fatalities occurred in males. But the risk of dying skiing or snowboarding is “extremely low unless you’re a complete numpty,” wrote ski safety expert Mike Langram.

That said, elite athletes do die on the slopes. And in all varieties of elite skiing tracked by the International Ski Federation, injuries that put athletes out of commission for 28 days or more make up the majority of recorded accidents.

Translation: If you get injured skiing or snowboarding, it’s more likely than not to be serious, or at least put you out of elite athlete commission for a while.

Technically, nobody died in this year’s Olympics. (Yet.) But multiple Olympic hopefuls did perish while training and competing in the lead-up to the Winter Games, including French Olympian David Poisson. And Sarah Burke, a Canadian women’s freestyle skier who campaigned to add a women’s halfpipe event, who died in 2012 after falling on her head after a trick. Her colleagues remembered her at this year’s competition when another Canadian woman, Cassie Sharpe, won the halfpipe gold.

You’d think skeleton and bobsledding—seemingly even riskier than catching air on skis or a snowboard—would be the Winter Games’ deadliest sports, but you’d be wrong. Both are pretty scary and pretty safe. A 1997 analysis published in the American Journal of Sports Medicine found that “the sport of luge is quite safe in the U.S. despite the appearance of danger.” And though freak accidents do happen—Latvian skeleton rider Girts Ostenieks, for example, was killed in 2001 when his sled crashed into another that hadn’t been removed from the track—they’re so rare that there’s not even a fatality database for the sport.

Okay, so skiing and snowboarding are the most likely ways to die at the Winter Games—and even those are likelier to jack up your knees than take your life. But are there other ways to meet your maker while you go for the gold?

You betcha. You could have a heart attack and die while ice skating, like Olympic medalist Sergei Grinkov. (Turns out he had untreated blood pressure problems and blocked arteries.) You could fall and hit your head on the ice while curling, or die of exposure to the nitrogen dioxide and carbon monoxide that refrigerate ice used by hockey players. Or you could, hypothetically, get in the line of fire at the biathlon event, during which players must literally shoot specialized rifles between heartbeats to hit their targets. Biathletes could be more likely to die off-course, though, if they keep any guns at home: People who have firearms in their houses are more likely to die from gunshot wounds than the rest of the population.

Yes, there are plenty of ways to die at the Winter Games… but the most likely one involves strapping on a pair of skis or a snowboard. So stay safe when you hit the slopes, folks.