Why Do Seahorses Have Square Tails?

Scientists use a 3D printer and a hammer to find out 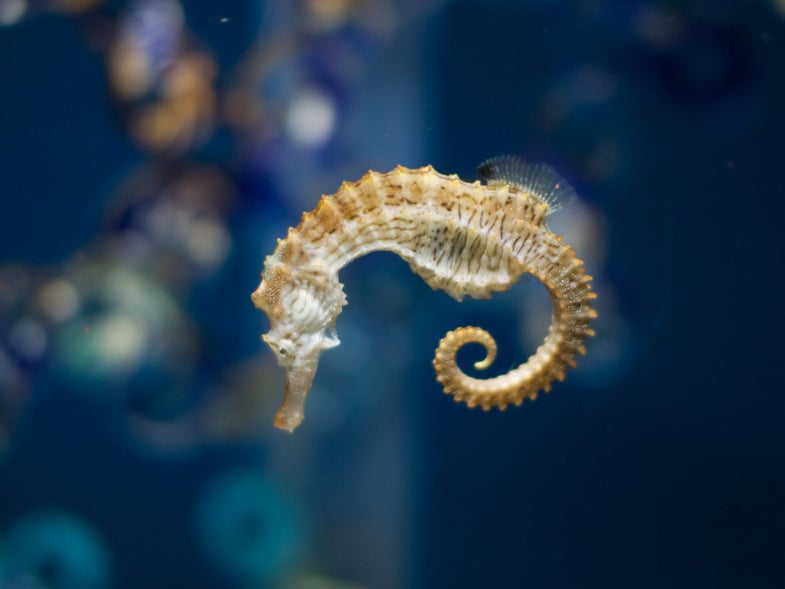 We’ve got a lot to learn from a seahorse’s tail. Unlike other animals, these fishes’ tails are square, not round–a fundamental difference in shape that scientists believe could lead to new developments in medicine, robotics, and even defense.

In a paper published today in Science, researchers found that the difference in shape actually made a huge difference in how resilient the seahorse’s tail is.

In order to figure out why the seahorse tail is square while so many other animal’s tails are round (rats, lizards, monkeys, cats, etc.), scientists printed out 3D replicas of the square tails and similarly sized round tails.

Then they smashed them with a hammer.

Ok, so it was a mallet not a hammer, but you get the idea. By attempting to crush the models, the researchers were able to figure out why the tails are square: the shape makes them more difficult to crush–a distinct advantage in the natural world. 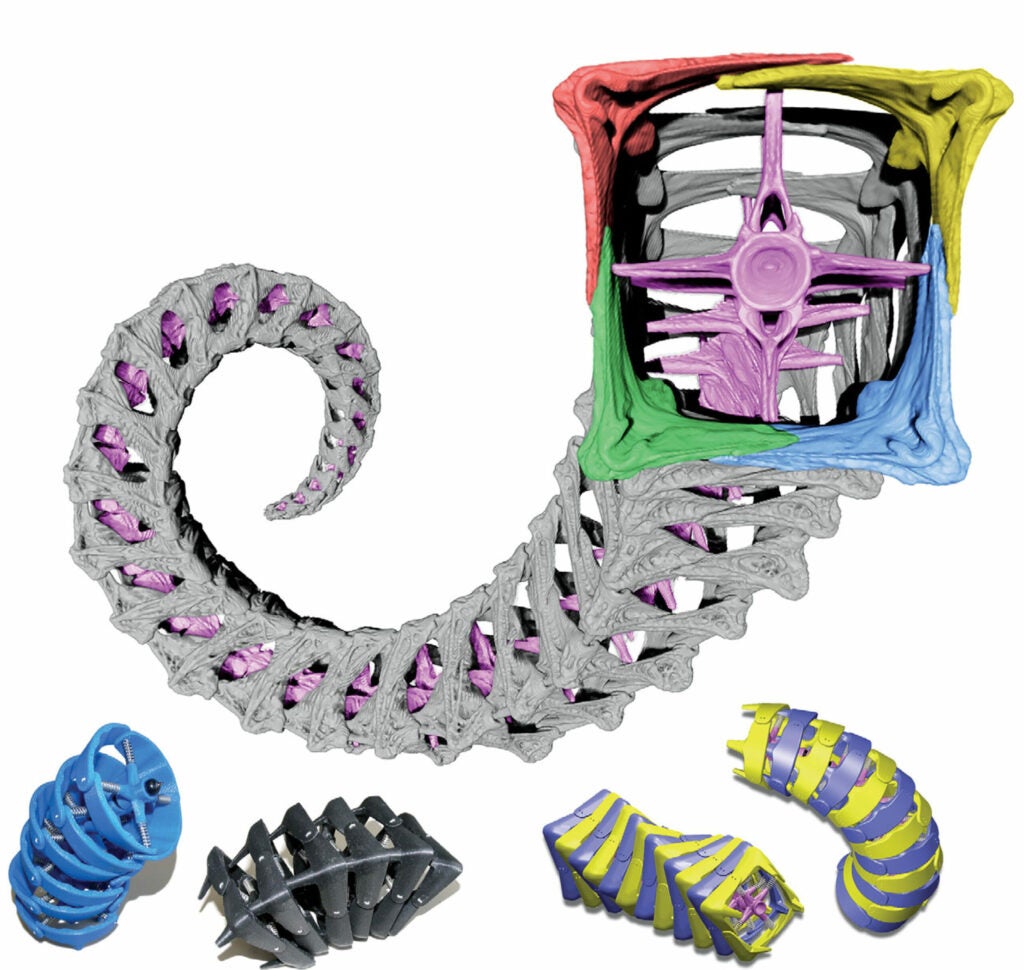 Models of the structure of a seahorse’s tail and rounder versions used in the study.

The square shape of a seahorse’s tail makes it more resilient to a predator’s bite, and also made it easier for the tail to grab onto items, such as seaweed. With a flat surface, the tail was able to get closer to whatever it was grabbing onto making it less likely to lose its grip once attached.

The boxy tails also allowed for joints that move smoothly over each other, making both bending and twisting more easy than with rounder versions. Researchers hope that these discoveries could lead to stronger, more flexible technological developments in the future, such as strong, lightweight armor or softer, more mobile robotics components.

The only downside to the square is the sharp edges. As an accompanying paper noted, there are some situations (like in designing catheters) where cutting corners might not be such a bad thing.