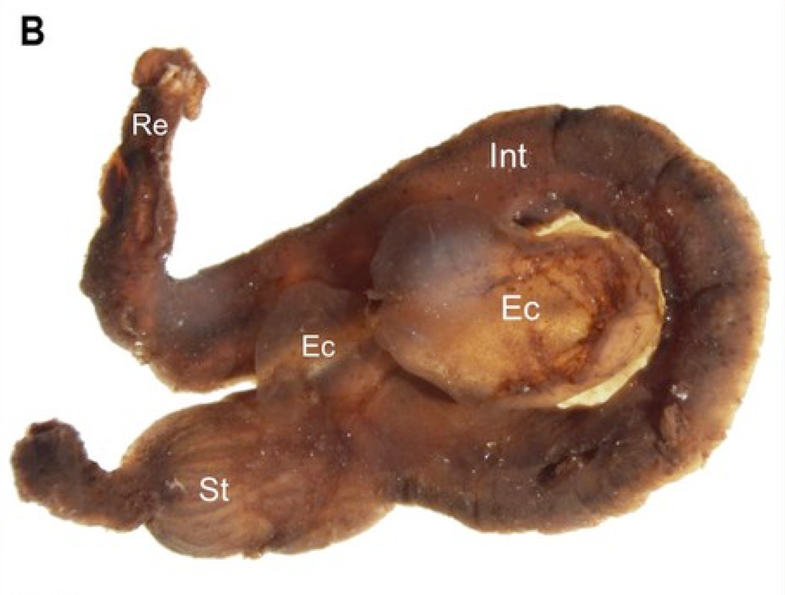 In a recent study published in Scientific Reports, researchers at the Tel-Aviv University found that a common coral reef, Polycarpa mytiligera, ejects its internal organs when it gets stressed out.

The researchers filmed themselves as they gently squeezed 66 of these filter-feeders, and found that around 47 percent ruptured their filtration sacs and ejected their digestive tracts. The bowel-blasting creature then camouflages itself, pretending to be dead while it regenerates its gut in less than two weeks, as good as new. Watch the researchers hit the eject button on these coral reefs:

To test whether this was a defense mechanism, the researchers observed the reaction of predatory triggerfish and pufferfish to the expelled gut. Although chemical tests showed no toxic compounds in the coral’s digestive tract, neither fish wanted to touch the gut. This indicated that the expulsion was a good way for the coral to reveal to predators that it would be unappetizing to them.

Since humans and these invertebrates “share close affinities,” this study is an important step toward research that explores regeneration of human tissue, said Noa Shenkar, lead author of the study, in a press release. “The organisms regained their composition—as if they had been ‘reborn,'” Shenkar said. “This information can surely be used to study different biochemical pathways involved in soft-tissue regeneration.”