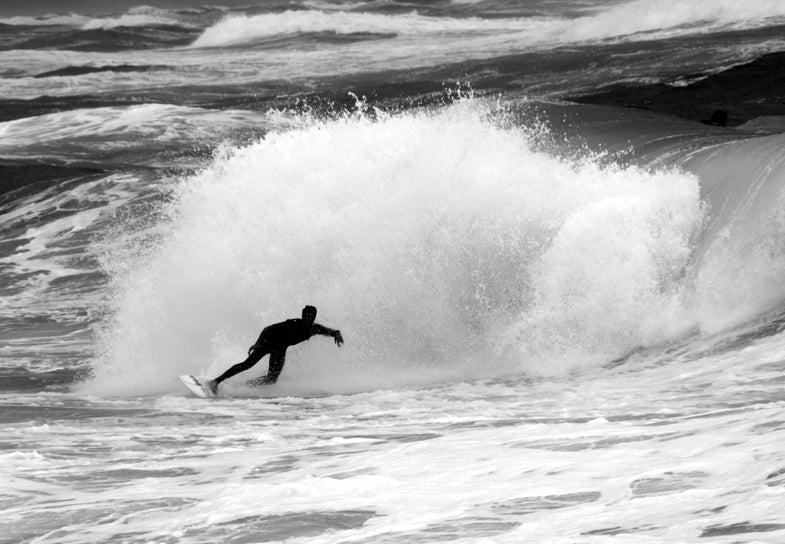 Surfers are particularly attuned to the sea, keeping an eye out for the best waves. But soon, they could help gather scientific data by simply participating in their favorite activity.

Scientists in the United Kingdom have announced a system that would allow surfers to measure sea surface temperatures every time they go into the ocean. The temperature of the sea surface is incredibly important to scientists, because it affects how plants and animals act and survive in the water, and even changes how much oxygen the ocean can absorb. By keeping an eye on the temperature, scientists can anticipate dangerous events like algal blooms.

They equipped a surfboard with an instrument that takes measurements of the ocean’s temperature, and simultaneously records the location of the surfboard using a global positioning system (GPS). The temperature is measured with a small tag attached to the leash that connects a surfer to her board. The GPS instrument is worn in a pack around the waist. One surfer braved the waters off the coast of the United Kingdom 85 times in one year, collecting information. Those readings were then compared to measurements taken by a scientific station in the same area. Both the surfer’s instruments and the regular instruments had the same information.

Since the measurements from the surfboard were reliable, the team hopes to expand the program. They estimate that surfers equipped with the instrument could help gather nearly 40 million pieces of data per year just in the United Kingdom. Surfers around the world could gather far more, and the researchers speculate that future iterations of the instrument might be able to measure salinity or even contaminants in the water.

And the surfers who choose to participate would get something out of the deal too. By tracking their locations with GPS, the surfers can get an accurate count of how many waves they rode, how long they rode them for, and even their top speed on the waves. It’s a win-win.

The only problem with the system is that surfers tend to go out in certain sea conditions and in certain places, skewing the results. The authors of the paper say that they can get around this by eventually expanding the program beyond surfers to include other groups, like swimmers, kayakers, fishermen, and boaters, who could gather different information.