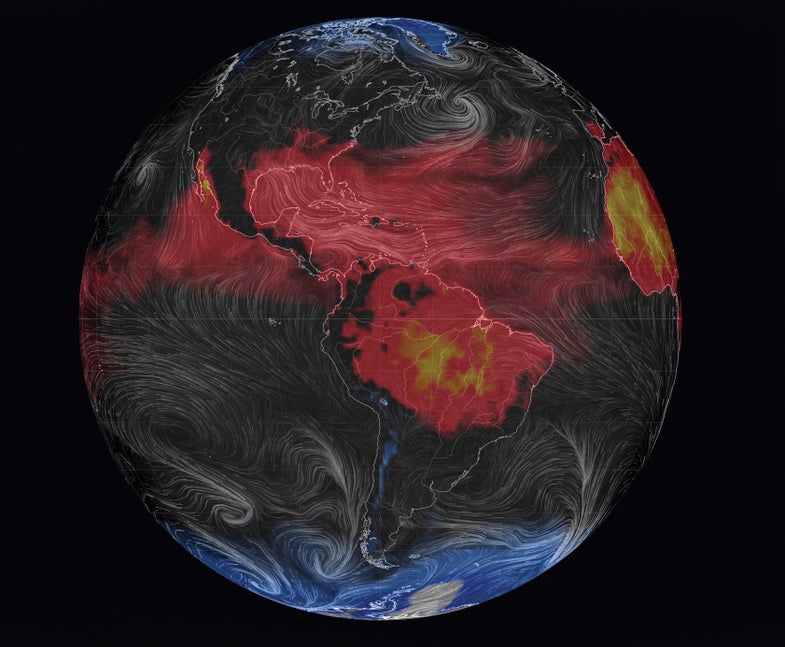 Like the planet itself, some data is constantly changing—so a static visualization will always be out-of-date. Cameron Beccario’s animated globe displays real-time data, at least to within three hours. Each time a user loads the web page, it shows the weather everywhere. Wind appears as gray lines with a so-called misery index—wind chill and heat index—as color underneath. Inspired by a live U.S. wind map published by visualization researchers in 2012, Beccario’s project can also display ocean currents and cloud cover. This view, from August 29, shows post-tropical storm Cristobal off the coast of Canada.