Tiny dust particles could help spread viruses like the flu

Some researchers say they deserve as much attention as aerosolized droplets. 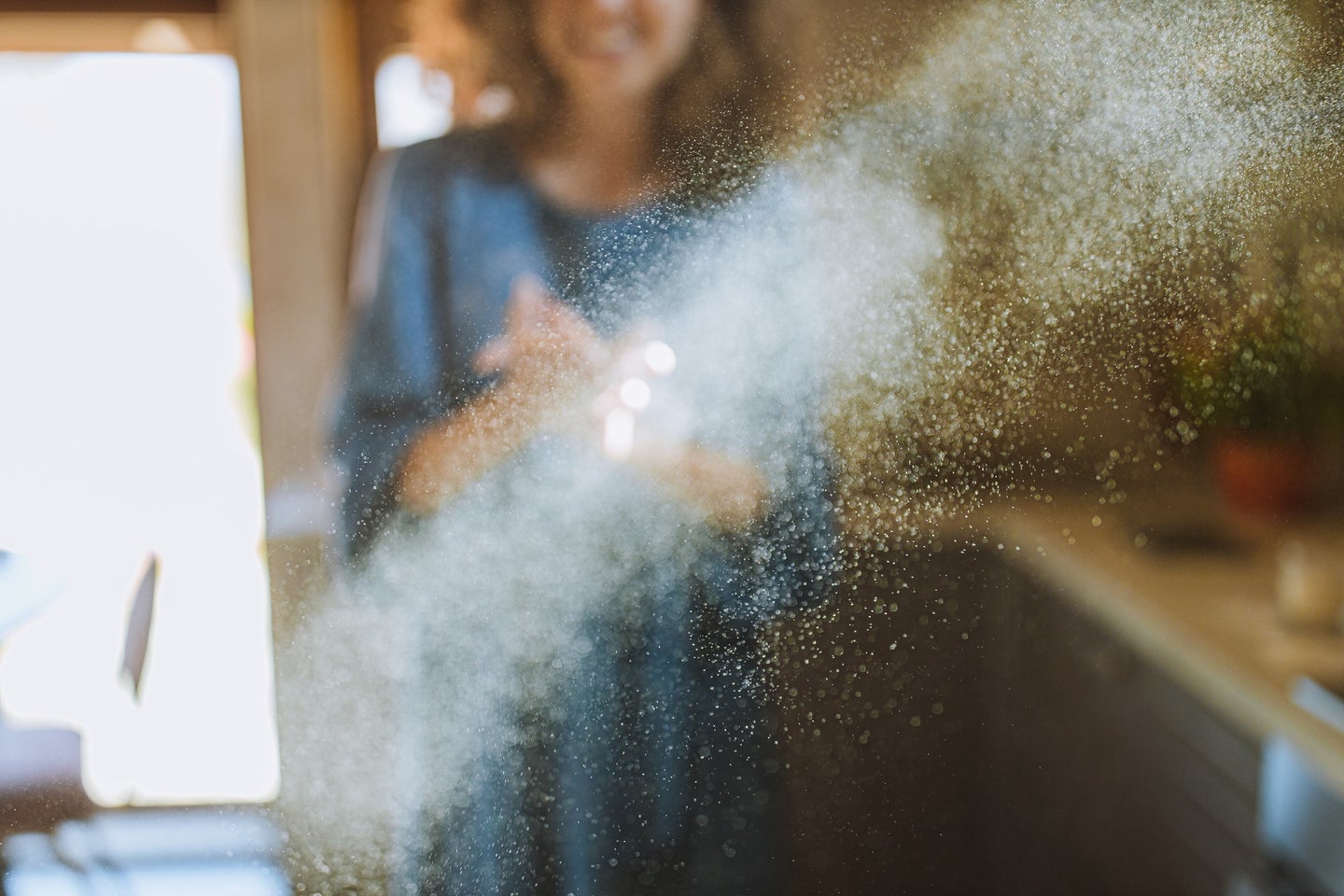 We're all surrounded by personal clouds of dust and debris smaller than the eye can see. Pexels
SHARE

Scientists have debated the role of droplets both large and small in the transmission of SARS-CoV-2 since the beginning of the COVID-19 pandemic. But findings published this week in the journal Nature Communications suggest that researchers who study airborne viruses like SARS-CoV-2 and influenza need to look more closely at the role of another tiny vector: microscopic dust.

“Our data very clearly shows that [microscopic particles in the air] can transmit the flu,” says study author William Ristenpart, a professor of chemical engineering at the University of California, Davis.

These particles, properly known as “aerosolized fomites,” are composed of everything from skin and poop to microscopic fragments of tissue or (in the case of guinea pigs, who were the model animal used in the research) cage sawdust. Viruses can hitch a ride and sail through the air toward uninfected beings, just like they do in the tiny aerosolized moisture droplets that leave our mouths and noses when we speak or sneeze.

This much was known previously, but until now, there was very little data on whether those viral tag-alongs played a role in infecting new hosts, Ristenpart says. Studies of the role of aerosols in disease transmission have focused on the tiny droplets that leave animal bodies, rather than on the dust in our environment.

But Ristenpart and his colleagues hypothesized that dust particles play a role as well, so they turned to guinea pigs to learn more. In the first of four experiments, they monitored animals infected with influenza using a device called an aerodynamic particle sizer (APS) that measures microscopic particles.

They found that the number of particles coming from the cage of each guinea pig was “highly correlated with motion,” says Ristenpart—the more a rodent moved, the more particles spread around. Previous studies which looked at how infections spread from one animal to another in a nearby cage had also found this. However, those studies had concluded that infections were due to exhaled aerosolized droplets. This experiment, however, suggested that a substantial portion of the particles that made the trip from one cage to the other were dust particles stirred up by the guinea pig rooting around in its cage, not particles exhaled by the pig. A guinea pig at rest didn’t send many particles over.

Next,  the team wanted to find out what portion, if any, of the aerosols they detected were produced by the guinea pig’s breathing. To do that, they made what Ristenpart calls “guinea pig burritos” with both alive, anesthetized animals and dead, euthanized animals.

“We took the guinea pigs, and we wrapped them in aluminum cages, basically, except for a little hole for their nose,” he says. Then they used the APS to monitor how many particles were coming from the bundled animals. They found that twice as many particles came off the guinea pigs in the first experiment, where the animals were allowed to move around freely in an unwrapped cage. And, tellingly, in this second experiment they found that the dead guinea pigs, who weren’t breathing at all, produced about the same number of particles as the living guinea pigs.

All this evidence combined convinced Ristenpart, who was initially most interested in droplet transmission, that dust transmission could be playing a significant role in transmitting influenza in guinea pigs.

You might think that guinea pigs, who don’t generally take daily baths with soap and who live in sawdusty environments, are more likely to spread dust than most humans. But “this is where people’s intuition breaks down,” says Ristenpart. A human spreads microscopic dust particles at a similar rate, and there’s no reason to think our viruses don’t tag along with the dead skin, environmental particles, and miscellaneous gunk that we constantly shed.

“This personal cloud of aerosols has been called the ‘Pigpen effect’ after the Peanuts character,” writes Linsey Marr, a professor of environmental and civil engineering at Virginia Tech, in an email statement to Popular Science. She was not involved in the current study.

Whether that’s true for human subjects, instead of the guinea pigs this work was conducted on, and whether it’s true for SARS-CoV-2 as well as influenza, remains to be seen, but Ristenpart and his colleagues think existing evidence suggests this area warrants further study.

Ristenpart says there’s evidence his team’s conclusions about aerosolized fomites are applicable to the SARS-CoV-2 virus as well, although he cautions that significant further research is needed. The paper cites a study from earlier this year that supports this idea. Researchers surveying two Wuhan hospitals found the highest concentration of viral genetic material in the rooms where healthcare workers took off their PPE, rather than in patient rooms. They hypothesized that this might be because of viral particles coming off the PPE and clothing of the workers as they changed. This is one example of a way that humans (and their clothes) produce dust that can provide passage for microbes.

In that study, “After implementation of more rigorous measures, including more frequent use of disinfectant on the floor and on the apparel itself and greater use of air purifiers, virus in the air was not detected,” Marr writes. “We do not know how important this route of transmission is compared to aerosols that are directly emitted.”

Fortunately, many of the same kinds of public health strategies currently being used to slow the spread of COVID-19 via aerosolized droplets are also helpful for aerosolized fomites. Wearing a mask, staying at least six feet away from others, and avoiding crowded spaces or spaces with poor air circulation will all help, even though scientists aren’t exactly sure how much of a threat our dust clouds pose.