We finally know why stress turns your hair white

Once those strands turn gray, they never go back. 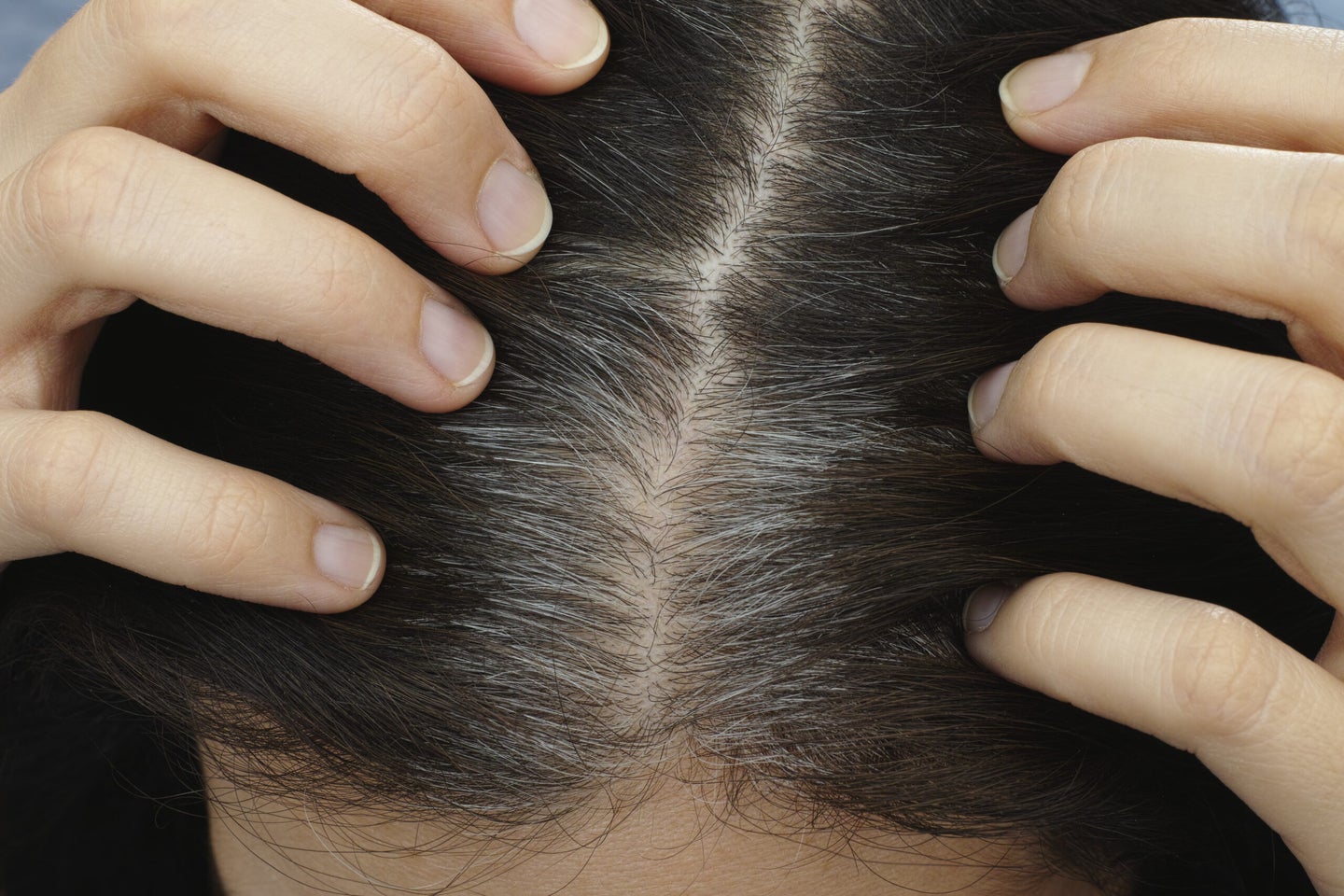 Gray hairs seem to accumulate when we’re stressed but until recently scientists have been unable to pin down a mechanism for how this happens.
SHARE

In 1902, the British Medical Journal reported an unusual case of rapid hair whitening.

A 22-year-old woman “witnessed a tragedy of a woman’s throat being cut and the victim falling dead at her feet,” according to a physician at the London Temperance Hospital. The next day, the right side of her pubic hair turned white, while the left half remained black.

This historic case study makes for a terribly weird (and rapid) example of an otherwise common occurrence: gray hairs seem to accumulate when we’re stressed. And it’s not just random violence that sends people’s pigment running—college exams, children, and work pressure appear to change our coloring, too. But for millennia, scholars have been relying mostly on anecdotal proof and intuition to rationalize this phenomenon. In the absence of clear evidence, many scientists did not believe stress could turn hair snow white, instead arguing the change must be triggered by chemicals or strange immune system behavior. Rare cases where doctors observed the rapid whitening—like in the 1902 BMJ study—were a source of endless consternation.

A recent paper, published Wednesday in the journal Nature, may put some of these arguments to rest. In the study, stem cell and regenerative biologists from the United States and Brazil reported that stress can indeed cause hair to lose its pigment—and they identified a cellular pathway by which it can occur.

To study this vexing relationship, the researchers created an elaborate animal model, which basically involved trying to turn black-haired rats white with lab-made stressors. They tried three different tactics: restraint stress, chronic unpredictable stress, and nociception-induced stress, which is caused by physical pain (or the threat of it). Each successfully turned the rat’s hair white. Perhaps unsurprisingly, nociception-induced stress, which the scientists stimulated by injecting the rats with resiniferatoxin, an analogue of the chili pepper compound capsaicin, worked best and fastest.

Having identified the optimal way to make a rat panic, the team began searching for corresponding changes in the physiological pathways that give rise to coat color. They were particularly interested in the behaviors of two types of cells: differentiated melanocytes, which produce pigment in the hair and skin, and melanocyte stem cells, the raw material from which melanocytes develop. To observe each one independently, the researchers injected their tiny test subjects with the hot pepper-like substance when the rats’ fur was actively growing. At that point in the hair growth cycle, differentiated melanocytes naturally cluster in the hair bulb, while melanocyte stem cells gather together in a separate space called the bulge.

For five days after the injection, the rats’ coats remained black. The differentiated melanocytes in the hair bulb continued to pump out color. But in many follicles, the overtaxed melanocyte stem cells were “completely lost,” the researchers report. Pushed by a flood of noradrenaline, a neurotransmitter that surges in response to stress, the existing stem cells proliferated so quickly that they completely disappeared from their niche. The next time the rats’ coat grew, there were no melanocyte stem cells in these damaged follicles, so white hairs sprouted.

“In just a few days, the reservoir of pigment-regenerating stem cells [was] depleted,” Ya-Chieh Hsu, a professor of stem cell and regenerative biology at Harvard and the study’s senior author, told PopSci in an email. The loss was permanent. “And once they’re gone, pigment cannot be generated anymore.”

“This is an exquisitely elegant paper unrevealing an important mechanism of hair graying,” Alexey Terskikh, who researches development, aging, and regeneration at the Sanford Burnham Prebys Medical Discovery Institute, wrote via email.

But there are many other ways hair can lose its color. A 2018 paper suggested an overactive immune response can also destroy melanocytes and melanocyte stem cells in rats, bleaching their coat. Certain skin cancer drugs turn some patients’ hair transparent. Doctors think it’s a sign their bodies are responding positively to the drug. Genetic pathways, environmental pathways, and mutations can also play a role, according to Terskikh.

Hair still holds many secrets. We don’t know why hair loss plays out differently on someone’s scalp than on their face or, for that matter, their back. And, unfortunately for the anonymous Englishwoman with world-famous pubes, doctors still don’t agree about canities subita, the contested phenomenon where hair blanches seemingly overnight. But, in many cases, scientists are narrowing in on answers. In recent years, there’s been a surge in research and development for anti-balding solutions—and many of them show promise. Terskikh, for his part, is working on regenerating hair from scratch using things like pluripotent stem cells. If it works, we’ll have an unlimited supply of hair—presumably in every shade.