We’re getting close to setting a new record for number of hurricanes in a single year. 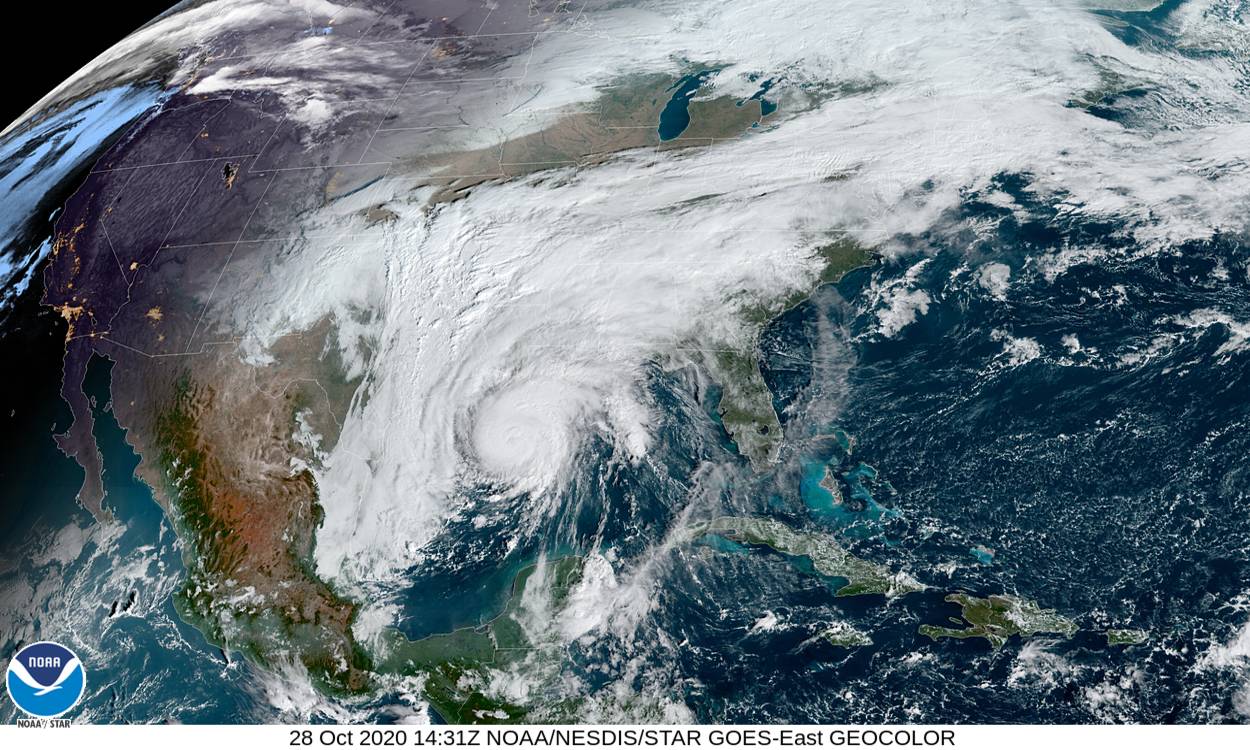 Hurricane Zeta strengthened overnight on Tuesday, and is now expected to hit New Orleans as a Category 2 storm. That makes it the fifth named storm to hit Louisiana this year, breaking the state’s record, and tying the record for named storms in a single year (set back in 2005, the same year as Hurricane Katrina).

Zeta is now projected to hit right over New Orleans on Wednesday afternoon and into the evening, then head over Alabama, Georgia, the Carolinas, and Virginia on Thursday morning. The National Hurricane Center (NHC) says Zeta will bring life-threatening storm surges along the northern Gulf Coast. Peak surges are projected to be six to nine feet high in parts of Mississippi and five to seven feet high about the tip of Louisiana. But there will also be large surges of around three feet—enough to carry cars off the road and prevent evacuation—along much of the Alabama and Louisiana coasts. Remember: even a few inches of water is enough to knock a person off their feet.

The Governor of Alabama has already declared a state of emergency, and the Louisiana governor requested a pre-landfall disaster declaration from President Trump on Tuesday. Meanwhile the Mayor of New Orleans has told residents to prepare for a direct hit.

This hurricane season is living up to the projection that this would be one of the worst years on record, which should come as no surprise given that we know the climate crisis is worsening tropical storms. In addition to becoming more forceful, hurricanes also seem to be stalling more, meaning they move more slowly. Because of that, they pick up more water over both land and sea, which causes them to drop more rain in a given area and increasing the damage they can do.

The Gulf Coast is already hurting from this year’s slew of storms. Hurricane Laura, which made landfall as a Category 4 storm, tied the 1856 record for the strongest storm to ever hit Louisiana. It left more than half a million people without power and made headlines for what the NHC called “unsurvivable” storm surges. It’s hurricanes like Laura that have prompted the NHC to try changing how it talks about risk. Calling the storm surge unsurvivable seems to have worked—there were no fatalities from the storm surge, despite a significant impact. And though there’s no way to know how much the new terminology impacted, the director of the hurricane specialist unit at the NHC is taking it as a positive sign, so expect more communication like this in the future.

As climate change worsens, hurricanes will, too. So though this is likely to be one of the worst seasons on record, we should expect more years just like this one.