There are three key ingredients to rapid intensification. 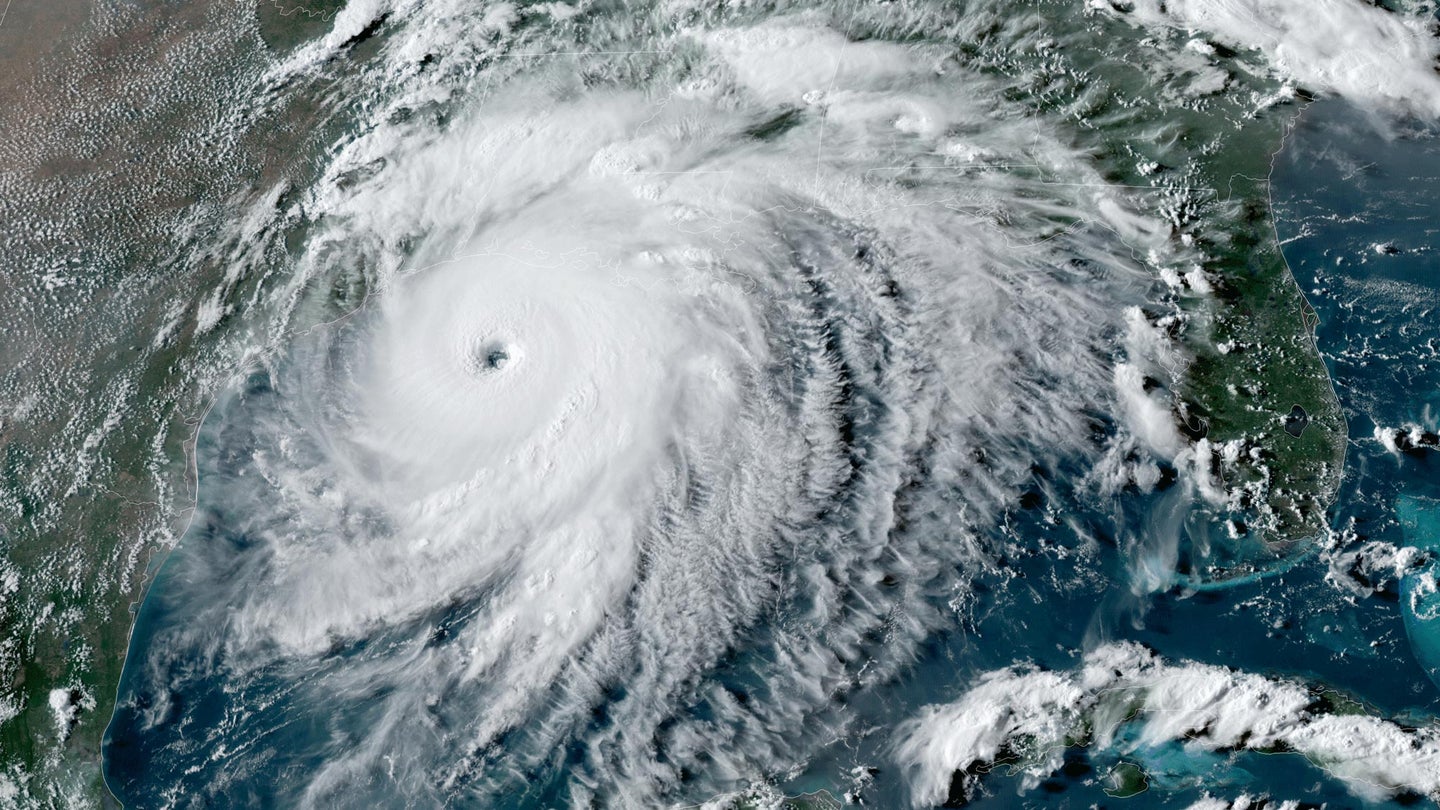 Hurricane Laura intensified quickly over the Gulf of Mexico before making landfall on Aug. 27, 2020. CSU/CIRA and NOAA/NESDIS
SHARE

Chris Slocum is a physical scientist at NOAA and the Cooperative Institute for Research in the Atmosphere, Colorado State University. This story originally featured on The Conversation.

Hurricane Laura blew up quickly as it headed for the Louisiana coast, intensifying from a tropical storm to a major hurricane in less than 24 hours. By the time it made it landfall, it was a powerful Category 4 hurricane with 150 mile-per-hour winds.

The Atlantic has seen several hurricanes rapidly intensify like this in recent years.

In 2018, Hurricane Michael unexpectedly jumped from Category 2 to Category 5 in the span of a day before hitting the Florida Panhandle. Hurricanes Harvey, Irma and Maria in 2017 also met the definition of rapid intensification: an increase of at least 35 miles per hour in a 24-hour period. Based on preliminary reports from the National Hurricane Center, Laura gained 65 mph in one 24-hour period and, more impressively, added 80 mph from Aug. 25 to Aug. 27.

But do all these fast-growing, powerful storms in recent years mean rapid intensification is becoming more common?

With information about hurricanes coming through social media and phone apps, that’s a question hurricane scientists like myself are hearing a lot. It’s useful to consider a few things: the history of US hurricanes, why the Atlantic is currently so active, and the ingredients that allow storms to strengthen so quickly.

What makes storms blow up?

Just as a pastry chef needs all the ingredients to successfully make a cake, storms like Laura need favorable conditions to be able to form and rapidly intensify.

When all of these ingredients are present, vigorous thunderstorms can form and organize, allowing a robust eyewall to develop. Large-scale changes in ocean temperature, like the El Niño–Southern Oscillation and the Atlantic Multidecadal Oscillation, can also have an impact on hurricane activity.

Because these ingredients change, the Atlantic hurricane season varies year to year. This year, as the seasonal forecasts created by Colorado State University and the National Oceanic and Atmospheric Administration warned, the ingredients are favorable for an active season with more major hurricanes. A review of storms from 1981 to 2012 found that 70 percent of major Atlantic hurricanes–those reaching Category 3 or higher–had gone through rapid intensification.

Why don’t all storms grow this quickly?

Just having the right water temperature and moisture won’t ensure that storms will undergo rapid intensification or become major hurricanes.

We saw that with Hurricane Marco. It swept through the Gulf of Mexico just ahead of Hurricane Laura but weakened to a tropical storm before landfall.

A big difference was the wind shear. The thunderstorms powering Marco’s core struggled to stay connected to its circulation as high wind shear in the Gulf of Mexico stripped them away.

When then-Tropical Storm Laura passed over Cuba into the Gulf, the high wind shear conditions had receded, leaving nothing but a favorable environment for Laura to develop catastrophic winds and a dangerous storm surge.

As with ice skaters who pull their arms in during a spin to rotate faster, the thunderstorms of Laura’s eyewall pulled in the atmosphere around the storm, causing the winds to accelerate into a high-end Category 4 storm. While there are additional complexities to this process, a theoretical framework for intensification that I further developed with colleagues highlights how the location of eyewall thunderstorms relative to the storm’s maximum winds triggers rapid intensification. This theory has been supported by eyewall observations collected during “hurricane hunter” flights.

So, are these events becoming more common?

This is a challenging question and an active topic of research.

Because rapidly intensifying hurricanes are fairly rare, there isn’t enough information yet to say if rapid intensification is happening more often. The hurricane research community has consistent, reliable observations of storm intensity only since the start of the satellite era and routine storm-penetrating “hurricane hunter” flights since the 1970s.

We have seen more rapid intensification events in recent years, and some scientists have concluded that the warming climate is likely playing a role. However, we’ve also had more active hurricane seasons in those years, and more work needs to be done in this area to understand global trends, such as why hurricanes are crossing ocean basins more slowly.

To try to answer this puzzle, hurricane researchers are using historical records to help refine mathematical theories and computer simulations of storms to better understand rapid intensification. The new knowledge will continue to improve forecast guidance and lead to a better understanding of how hurricanes will change in an evolving climate system.