It’s been a strange and awful week in the South. 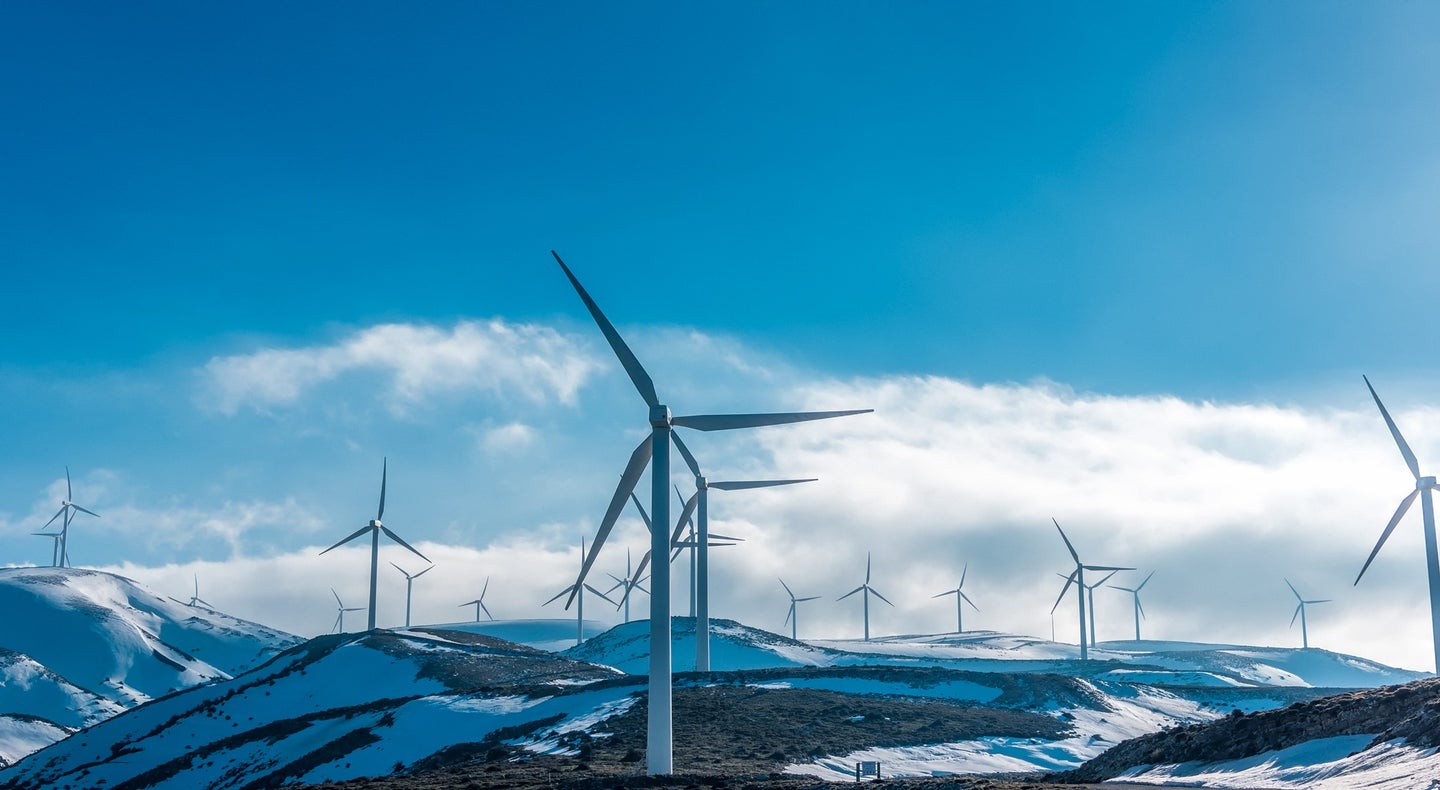 Wind turbines can be designed to withstand snow and ice. Pixabay
SHARE

This week’s bizarre, deadly weather—snow on the Mexican border, ice-locked roads in Louisiana, and subzero temperatures in central Texas—all starts in the Arctic, where a barrier that normally keeps out polar winds has switched sides.

Under normal circumstances, the jet stream (a band of fast-moving wind that encircles the North Pole) herds the freezing arctic air, keeping it largely contained over the Pole. But the jet stream isn’t perfectly round: it moves in a loose wave at high latitudes. Oftentimes, that wave crests over Alaska, and drops down over the Great Plains, or vice versa.

Right now, the jet stream has bulged down so far that it loops around nearly the entire continental US, letting supercooled polar air pour across the Great Plains, in what’s called an “arctic outbreak.”

The bulge was kicked off by a zone of high pressure that formed over Alaska in January, and diverted the jet stream to the south. Under normal circumstances, that loop would have started moving to the east, relieving the midwest of cold temperatures, says Brad Pugh, a meteorologist with the National Oceanographic and Atmospheric Administration’s Climate Prediction Center.

But this year, he says “there’s also been a strong area of high pressure over the Southwest Atlantic, just offshore the southeastern US.” The two high pressure zones have pinned the jet stream in place, keeping the Great Plains in the bull’s eye.

By the middle of next week, he says, “temperatures will either be near or above normal across the Great Plains,” with highs in the 60s in Texas. But the duration of this particular arctic outbreak is, to his knowledge, “unheard of.”

Part of the current stickiness of the jet stream could be related to a breakdown of the high-altitude polar vortex earlier this winter, says Amy Butler, an atmospheric scientist at NOAA’s Chemical Sciences Laboratory. The polar vortex is a zone of cold air that normally spins like a top high above the North Pole. But when it’s disrupted, “air pressure builds up over the Arctic, displacing the Arctic air south,” Butler says, although she cautions that the exact relationship between the jet stream and the vortex are still unknown.

Also driving the severity of the outbreak, says Mark Seeley, a longtime climatologist with the University of Minnesota, is that air over the Arctic has sat in place for months. “In those seasons of long nights and short days, [the air] just incubates and gets denser and colder, and denser and colder.”

Then, when the jet stream buckles over the central US, that dense, cold air plows south. “[The Arctic air] is so massive, and so amplified in terms of cold,” says Seeley, “that it just runs over everything and sets all kinds of cold temperature records.”

Outbreaks of this scale only happen every few generations, says Seeley, but they aren’t necessarily unprecedented. In 1899, an arctic outbreak led to subzero temperatures in Tallahassee, Florida. On February 17 of that year, people in New Orleans watched chunks of ice float down the Mississippi on their way to the Gulf of Mexico, where an inch-thick layer of sea ice had formed.

“People who have lived through these remember them the rest of their lives,” Seeley says, “but they just have a single episode to remember.”

According to Butler, the connection to climate change remains unclear. Some climate models suggest that as the Arctic warms, the jet stream will become wavier, and therefore more likely to let polar air spill into arctic outbreaks. But other researchers argue that models have shown mixed results, sometimes even finding a strengthened, more stable jet stream.

But even if these kinds of disruptions become more common, Butler says, deep freezes are still going to be rarer.

“The overwhelming response to climate change will be that things will get warmer everywhere,” she says. Even if outbreaks of polar air become more common, “what’s ‘cold’ in 2080 could be a really warm day in today’s climate.”