It bends, it twists, and scientists are split on what's causing it. 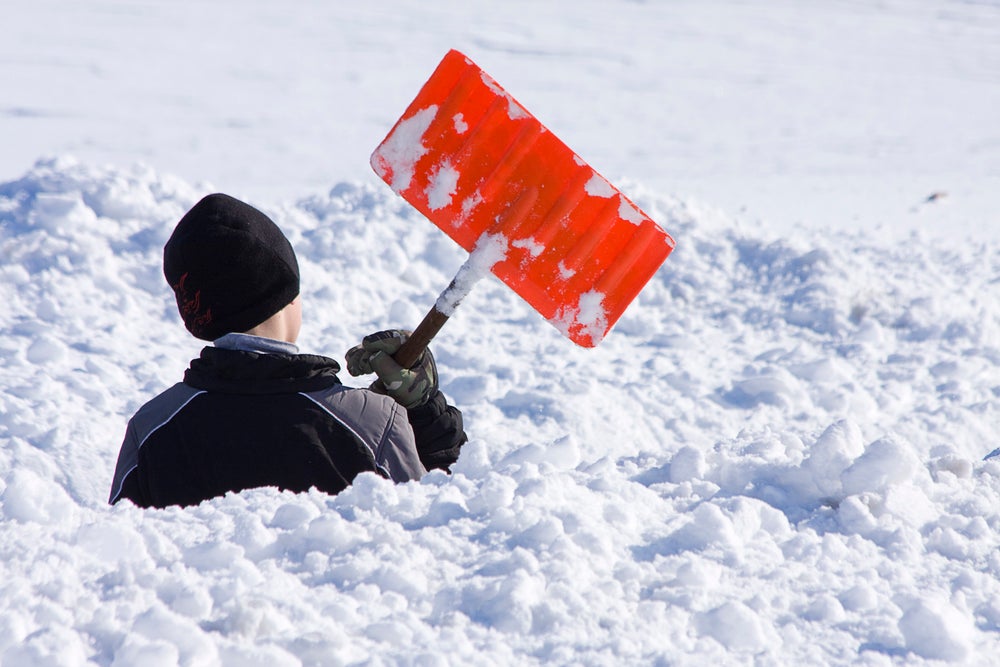 As bitter cold and snow descended on the Midwest last week, a number of news outlets reported on a seemingly contradictory idea: that under climate change, these brief winter bursts of cold Arctic air could become more common in the continental United States.

The idea is indeed backed by some atmospheric scientists, who say that the rapidly warming Arctic could disrupt both the stratospheric polar vortex as well as the jet stream, or tropospheric polar vortex, and the main source of last week’s extreme cold. But other studies haven’t corroborated these findings, and the topic remains an area of active debate among scientists. Here’s why we can’t say for sure if climate change will bring more cold snaps in the U.S. in the future.

How a warming Arctic might bring us cold weather

As global temperatures warm, sea ice at the poles is melting and exposing the ocean to the sun’s heat. Because water absorbs more heat than ice, this raises temperatures and leads to more ice loss, which causes more temperature bumps, and so forth. As a result, temperatures in the Arctic are increasing at about twice the rate of midlatitudes.

The amplifying effect reduces the difference in temperature between the Arctic and the midlatitudes. And this change in the temperature gradient might mess with the polar vortex, an area of cold winds that forms every winter in the stratosphere high above the Arctic. Some scientists have suggested that this could create a weaker polar vortex more prone to southward shifts and splits—events that sometimes lead to cold weather at U.S. and European midlatitudes.

The warming Arctic might also nudge the jet stream—a band of winds moving closer to the ground, in the troposphere—south or cause the feature to become more wavy. “There’s a fair bit of evidence [for this] that’s been building up since our first paper came out in 2012,” says Jennifer Francis, a senior scientist with the Woods Hole Research Center. “The science is still not cast in stone, [but] there really isn’t an alternative explanation out there.”

Why we’re still not sure

“Just because we see the polar vortex getting weaker and sea ice declining doesn’t mean that one’s causing the other,” says William Seviour, an atmospheric scientist at the University of Bristol. “I showed that if we ran simulations that include everything we know [about the atmosphere], rising CO2 and everything, they’re just as likely to simulate [the polar vortex] getting weaker and they are it getting stronger,” says Seviour of his 2017 study in Geophysical Research Letters. “The trend in the vortex is not consistent.”

Seviour says while there are signs the polar vortex is getting weaker, the patterns in the polar vortex we’re seeing may be explained by natural variability. The records we have of disruptions to the polar vortex are limited and vary a lot decade-to-decade, adds Amy Butler, an atmospheric scientist at the Cooperative Institute for Research in Environmental Sciences. And the relative infrequency of polar vortex shifts means there’s little historical data to go off in studying these events.

“There were almost no polar vortex disruptions in the 1990s, and then one almost every year in the 2000s,” says Butler. “This kind of decadal variability has been seen throughout the historical record back to 1958.”

In a 2018 study in Atmospheric Chemistry and Physics, the authors conclude that “no statistically significant change in the frequency of [sudden stratospheric warmings] will occur over the 21st century, irrespective of the metric used for the identification of the event.”

Meanwhile, the jetstream in the future might find itself in a tug of war between the Arctic and the tropics. While the loss of sea ice and related warming might push the jetstream and its cold air down, the atmosphere above the tropics could also see a spike in warming in the future and this would lead the jetstream to move the opposite direction, back toward the pole. “A major uncertainty is that we don’t know exactly how much it will warm in these regions, so we don’t know which way the tug of war will go,” says Butler.

More bends and twists ahead

How are scientists reaching such different conclusions? A lot of it comes down to tiny changes in winds, temperature and other variables used computer simulations. It’s basically a butterfly effect, Seviour says. “Because the atmosphere is a chaotic system, a tiny change can cause a huge impact later down the line.”

Even when assessing the same climate models, scientists reach different conclusions, according to Francis. Depending on the period of time over which you average weather patterns, you may or may not see a brief cold snap, for example.

In total, the evidence from climate models—and the methods of looking the models—is not showing a clear trend in climate change’s influence on the polar vortex and jet stream. But this is not to say that the warming Arctic is not going to mess with weather at midlatitudes, an idea that Butler says “has become more widely accepted in recent years.” It’s just that “most atmospheric scientists remain skeptical about whether that relationship has had an influence on recent climate patterns and the relative influence it will have in the future,” says Butler.

Globally, winters in the future will be warmer and bring less snow. In one recent study, Colin Zarzycki, an atmospheric scientist at National Center for Atmospheric Research, found that while occasional, powerful nor’easters will occur at about the same rate in the future, regular “nuisance” snowstorms will decline. Whether those strong storms are influenced in some way by the warming Arctic is yet to be untangled from the data, says Zarzycki.

Overall, “the jury’s still out” on what to expect for future polar vortex events, says Seviour. And while the scientists researching this topic are “not at each other’s throats,” he says, “it’s definitely a topic of debate.” While we can expect winters to continue to warm, don’t throw out your parka and snow boots just yet.