Will we ever be able to recycle all our plastic?

It might be better to focus on limiting how much we use. 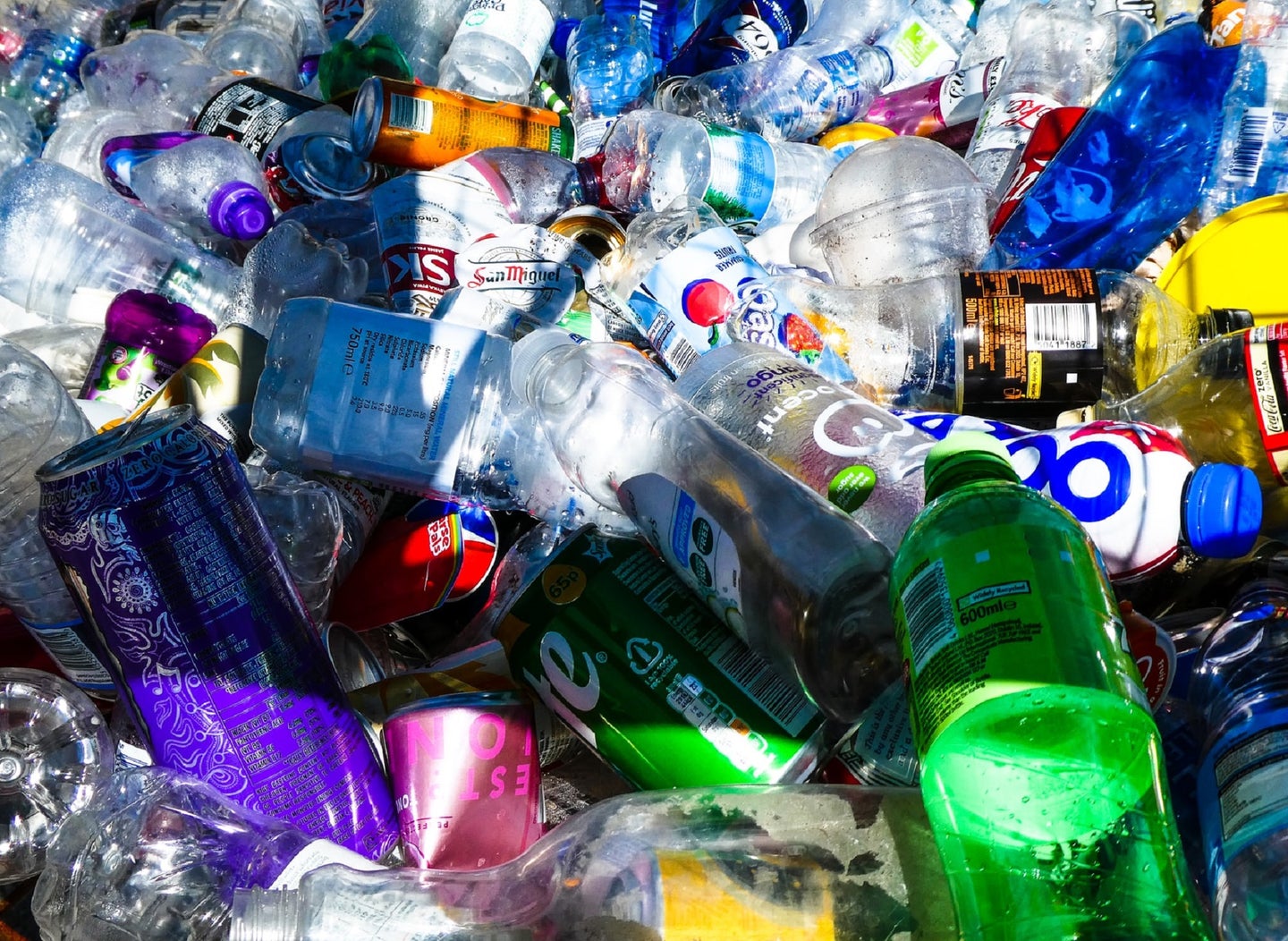 Some forms of waste are just too costly to recycle. Nick Fewings/Unsplash
SHARE

We’re losing the war against waste. Although many Americans reflexively use recycling bins, less than one-third of plastics are reworkable. Even that figure is misleading, since particles like food residue can get materials rerouted to the trash. In 2017, just 8.4 percent of all plastics found new life, according to the Environmental Protection Agency. The unfortunate truth is that recycling can’t keep us from drowning in polymer-based refuse.

For more than 20 years, Chinese companies helped hide the problem by buying about 700,000 tons of paper and plastic from the US every year. Cheap labor there meant people could sort objects, which made it simple to separate trash from treasure. In the case of tricky combos like bags full of mixed materials, for instance, workers could pull bottles from heaps of greasy takeout boxes. But in 2018, worried about the amount of sheer junk like cling wrap coming in, China banned all rubbish imports save for 99.5 percent pure plastic.

Back in the US, plants are now chipping away at our mountain of garbage by improving automation. Some facilities use cameras to spot plastic bags that could tangle up sorting machines, or deploy robotic arms to shake bottles out of the irksome sacks. Others use blasts of air to separate paper from plastic based on weight. But those small tweaks won’t be enough. To handle our nation’s plastic trash—262 million tons a year, or 234 pounds per person, according to analysis by the global risk consulting firm Verisk Maplecroft—we’d need to increase our recycling capacity by more than tenfold.

[Related: How to actually recycle]

Some experts argue that we should just waste less. “Not producing trash in the first place will always be better than having something to recycle,” says Jenna Jambeck, a professor of environmental engineering at the University of Georgia. To shrink our pool of would-be recyclables, US companies will have to prioritize selling long-lasting objects over single-use goods—and change the way they wrap them. Many products come in packaging designed for immediate disposal, Jambeck says, which accounts for 40 percent of plastic use. Consumers can pressure manufacturers to do better by seeking out companies that employ reusable or biodegradable wrappers. “Every time we can make a choice to not use single-use plastic, it makes a difference,” Jambeck says.