The epidemic’s slowdown has made time for clear-headed analysis 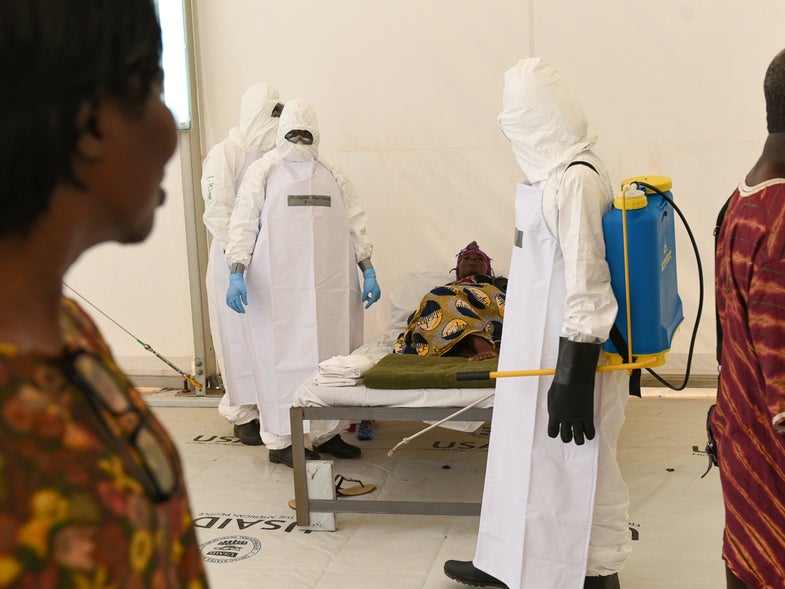 A couple days ago, a colleague forwarded an announcement that the World Health Organization was set to declare Liberia “Ebola-free” on May 9 when the country reaches 42 days (double the virus’s incubation period) without reporting a new case of Ebola infection. That same night, the movie Jarhead came on TV. The timing was perfect.

Jarhead focuses on the end of Operation Desert Storm in Iraq and what bored soldiers did with their time as the war wound down. The movie was timely because we are in a similar situation now with the current Ebola outbreak. It made me wonder whether we were being productive enough. Cases are falling steadily in the most affected countries, and some treatment centers are sitting idle. Just like they did in Liberia, the numbers in Guinea and Sierra Leone are plummeting toward single digits.

But unlike the soldiers in Jarhead, as the case numbers continue to drop, members of the aid community have actually become more active. In the last few months, we have moved from frantically chasing and fighting the disease to trying to understand it.

The lower case numbers have freed up staff to do more than just keep count of new cases. Now, people are using what they’ve learned to develop better resources to fight infectious diseases. A good example is how aid workers are deploying data tools in Guinea. As the response there ramped up, aid workers tried to keep track of who was doing what and where to avoid overlaps. One attempt was this map, which tried to show what activities were taking place where. However, the information wasn’t very useful: lists and lists of organizations with vague outdated descriptions of their projects, some which no longer existed. After looking at the site a few minutes, it’s also clear there have been no new updates for some time.

We’re turning our lessons from this outbreak into stronger defenses against a new one.

But now compare that page to the new WHO-led set of data-driven charts and maps for Guinea. The WHO site features a wide range of visuals loaded with figures that are updated on a daily basis. The site was just released weeks ago, but it is still immensely useful. For example, we can track exactly where attacks against healthcare workers occur. That information improves security but also locates areas where new cases might be hidden from public health monitoring efforts.

Better maps and charts help us respond faster to new Ebola cases, but the overall best strategy is still prevention. For that, we need much more information about how this outbreak evolved. That kind of research is a big part of the relief efforts now.

Many medical volunteers who came to the region arrived with a deep curiosity to learn more about this unprecedented epidemic. Not a week goes by now without a fascinating report emerging, like one from the CDC that explores whether Ebola can linger in the body and be sexually transmitted long after the carrier has recovered.

And analysts from the non-profit Assessment Capacities Project published a forward-looking report that evaluates which sectors have been hit hardest by the epidemic, such as education and the economy in Liberia, to understand how to rebuild the country to pre-Ebola levels of development.

It’s tempting to think lower case numbers means less work. That might be true for frontline workers like doctors and nurses who see fewer patients. But many of the people arriving now are researchers and public messaging specialists, nutritionists and maternal care experts. They are people who will help turn our lessons from this outbreak into stronger defenses against a new one. And let’s not forget: we are still trying to end the current one.

So how long will this drawdown phase last? The last recorded week of new cases above 20 in Liberia was December 22. Then, there was a missing week of data at the end of December, and by January 5, new cases had fallen to 8. Even with steady declines from that point on, it was still another two months before Liberia reached zero cases for the first time and the countdown on 42 days began. Three weeks later, however, a new case emerged, resetting the clock. Now finally, it could finally happen for Liberia on May 9. But if the other countries follow Liberia’s trajectory, then we probably have some months left before truly eradicating this epidemic. In last week’s WHO reports, Guinea had 22 new cases.

Jefferson Mok recently returned to the United States after a six-month stint in Guinea and Liberia as a communications officer, most recently for International Medical Corps Ebola Response Team. The Hot Zone, his series for Popular Science, explores the (rubber) boots-on-the-ground response to the Ebola epidemic raging in West Africa.